Cooking with Zucchini, and Summer Squash as Well as Eggplant and other Vegetables

I've always enjoyed cooking with zucchini but about the only way I ever cooked it was slicing it and covering it with flour and frying it in oil until it was nicely browned. This can be done with summer squash also and oftentimes they are cooked in many recipes together.

A few years ago I was introduced to a new recipe and this year I've been experimenting in recipes of my own. I figure many of the recipes we find online must be there from other cooks seeing what they can come up with by adding one ingredient or another to come up with something new.

I asked myself, why cannot I and the rest of us do the very same thing? So therefore, I began to try new things and this hub will share recipes I've put together, ones others have shown me and hopefully you'll be inspired to try new things out on your own.

Introduced to this recipe a few years ago

Last year or the year before I was introduced to this recipe when I was cleaning windows at a customers home. Something was cooking on the stove that smelled divine. By then, they had already sauteed the vegetables and had added the tomatoes and basil fresh from their garden.

Once I found out what ingredients they used in their recipe I went to the store and purchased some of the same. I also added some vegetables that may not be readily available everywhere. The chayote squash is something that is mostly purchased by non-Americans in the grocery store where I work.

For anyone that wants to look for the chayote squash it is sort of round with a bit of a dimple on one side. It is almost the color of a granny smith apple although the skin is a bit rougher, more like the skin of most squash.

Chop all ingredients and sauté

Prep time: 1 hour
Cook time: 30 min
Ready in: 1 hour 30 min
Yields: Determined by how much of each vegetable is used

Does This Recipe Sound Familiar to You?

Once I began to make this recipe several times each summer while experimenting with the ingredients, I began to share it with friends. One friend told me that it sounded like something she was familiar with known as Ratatouille. I checked it out and sure enough this recipe has been around for ages.

Even so, I believe you as the cook can add to the ingredients any way that you so desire.

Below you will find various links if you care to check that shows the origins of this recipe along with other variations to making it.

How to Make Ratatouille

Have you ever eaten ratatouille?

I believe this cookbook for children only has a recipe with the Disney character 'Ratatouille' as the originator rather than the recipe itself, but that remains to be seen when purchased.

Cast your vote for Spicing up Bland Vegetables

When I originally cooked these vegetables I made them for myself as my husband will eat healthier foods sometimes but not always. I didn't make enough for both of us, and that was my sole meal that evening. When my husband returned home from work he wondered where his portion was. I had to make more the next day. We both enjoyed the vegetables cooked in this manner.

Other items can be added to this recipe like onions—any variety, garlic and much more. Whatever you like to eat or would like to try out would work in this recipe. 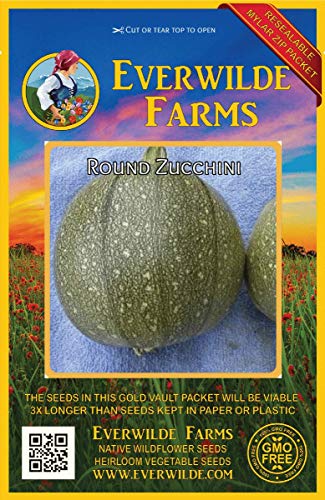 Growing up my mother never used basil in her cooking so purchasing it and using it has been a learning experience for me. I first tried purchasing the plant that can be bought in many produce departments of larger grocery stores.

The first time I purchased it I didn't read the directions on the outer sleeve of the plant. I was supposed to cut off the top section and leave the rest so the water didn't run right out. I took the whole sleeve off the plant and needless to say that plant didn't last very long. It could be because it didn't get enough sunlight or that I watered it too much or too little. I don't know as I had never tried to grow basil before.

Then I purchased it in a small container found in produce which had the ends of the plant—the parts that are used in the container. That lasted for one recipe and shriveled up soon after. I will say that is probably mostly my fault as I don't use it in a lot of recipes as yet and I also am not home to cook at dinner time for most of the week, so I did get one or two uses out if it but that is about it, before it up and died.

I tried the plant once more from produce this time following the directions on the package, that too didn't last long at all. I also tried a plant from our garden center. By the time I bought it there was only the red variety left. That plant lasted quite a while by my sink as the pot was a peat pot and larger than the ones purchased in the produce area.

We had a hot spell in our area after a while and that plant died before I noticed it was on the way out.

I thought I had looked for a basil seasoning in the past and couldn't find it, but when I looked again recently it was on the shelves at the store where I shop, so now one is in my home. I'm finding it tastes just as yummy as the fresh variety, and I don't have to worry about how much I'm under or over-watering the plant. It also seems easier to me to tell if I need just a pinch/shake more or if it tastes fine the way it is. 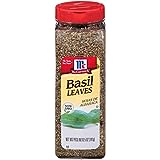 Do You Love Hash Browns?

Is hash browns one of your favorite breakfast foods, but you know it's not good for you to have them too often? Why not try making it with vegetables other than potatoes. I did just that and it worked out fine and tasted delicious.

The first time I made it I used only zucchini and summer squash along with regular potatoes, since I didn't really know how it would turn out. When I found out that it was very good I began to add other ingredients and leave out the potatoes. Later I made them and added eggplant to the recipe. I will say that eggplant doesn't shred as well as the other vegetables. I don't know whether it's because eggplant appears to be a denser vegetable, therefore, it contains less water or if there is another reason.

I did find out that eggplant has about half the water weight as zucchini although overall the total percentage of water is about the same. Why that is I don't know as it isn't explained.

Whatever the reason I will probably not attempt eggplant again unless I find another means to shred the vegetable like possibly using a food processor.

A Recipe I Just Found

Here is a link to a recipe that I just found online that sounds yummy as well. I've not made these before, but I may have to check it out this summer. It sounds like a filling meal or addition to the meal you're making already.

Are Vitamins Only in the Skins/Peelings?

I think most of us have heard by now that most of the vitamins of vegetables are in the skins/peelings, therefore, whenever possible I try to keep the skins/peeling on them. I thought I should search this out a bit before etching this idea in stone.

It is recommended that potatoes be prepared with the skins on them to retain the vitamins, but to then dispose of the skins afterward. The vitamins aren't actually in the skins themselves but rather the skins stop the vitamins from leaching into the water while cooking.

Some people think that there are toxins in the skins making it unwise to digest them in large quantities. Others think quite the opposite.

For fruits and vegetables other than potatoes, the skins are a good source of dietary fiber something we can all increase in our diets.

Although the summer squash varieties, of which there are many, are considered by some to be starchy they are not in the same category as potatoes. These vegetables are very nutritious for everyone's consumption and are high in minerals and vitamins.

General disclaimer: I am not making anything from the various links found throughout this hub other than the possibility of new writer's joining hubpages via the hubs that are linked here. There is also the possibility that I will make something from Ebay and Amazon as traffic builds on this hub.

Thank you for reading.