Rostélyos (pronounced rosh-tay-osh) is one of the national foods of Hungary, Literally, the word means, "cube roll or rib-eye" and refers to a specific cut of meat. Practically, it refers to any braised or pan-fried piece of beef. There are many regional variations on this dish in Hungary and some of them are named after the chef who created them.

There are basically two major categories depending upon whether the meat is pan-fried flat or is pounded thin and stuffed before braising. This hub is confined to the former and is based on recipes and background information contained in George Lang’s definitive book on the "Cuisine of Hungary".

Serpenyos simply means pan-fried and rostelyos means braised steak. You can use any cut of beef that isn’t too fat or too lean. Typical choices might be sirloin steak, a T-bone steak, a shell steak or a rib-eye steak. The steaks should be about a half-inch thick. Europeans, traditionally do not eat their beef rare like Americans, but feel free to modify the recipe. The original recipe called for the meat to be cooked in lard, but I usually substitute half butter and half oil.

4 Steaks about a half pound each, ½ inch thick

4 Steaks about a half pound each, ½ inch thick

1. Pound the beef until its thickness is reduced by one half.

2. Heat the butter and oil in a large skillet and brown the meat on both sides over high heat. Remove the meat. 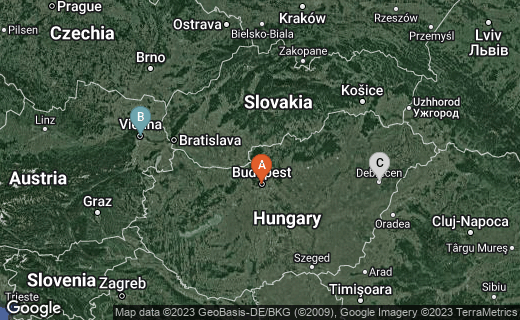 If you only plan to buy one cookbook this year and if you enjoyed my recipes on Hungarian food,

I highly recommend this cookbook. Owner of Café des Artistes in New York and the magnificent Gundel restaurant in Budapest, George Lang not only provides authentic recipes from the various regions of Hungary, he also provides historical information and anecdotes on their origin.

This is one of my very favorite cookbooks of all time.