If It Isn’t Vegetarianism, It Isn’t a Lifestyle worth Living

Vegetarianism (sometimes known as veganism) is progressively becoming not just a group of people eating vegetables and totally absconding meat and meat products, but a lifestyle that is highly revered. Vegans do not just stop at food; their beliefs extend to other important areas such as fashion, environmental conservation among many others. It is for this reason that many fashion designers use their work to foster change in the society by providing optional sources of quality clothing lines, shoes, belts e.t.c without necessarily committing (or supporting) cruelty to animals.

There are very many reasons why people chose to be vegetarians but nevertheless, the important goal at the end of the day is that someone helps to bring change to our animal-cruel societies. Some of these reasons include:

• Some do it in order to enjoy improved health - animal products like fat and meat are said to cause or make worse diseases such as high blood pressure, cancer, heart disease among other diseases. Vegetarians thus end up avoiding meat and meat products in order to stay healthy

• For moral purposes - the cruelty associated with animals being mercilessly tortured, poisoned and gruesomely killed just to get their skin (used for many fashion products) is something some people cannot live with. They thus choose to become vegans as a way of showing their solidarity towards the vegetarianism agenda

• Concern for the environment - this is probably the largest group of vegetarians with many of them totally being against the detrimental effects of not conserving the environment. Many influential people are found in this category and they use their influence in the society in-order to foster positive change with relation to proper use of the environment. Some of the things they encourage include: not using animal and animal products, avoiding the use of animals for strenuous activities e.g. ploughing, recycling of plastic as a raw material in the fashion industry rather than using animal products for the same, and so on

• Weight loss - most people who consume meat and meat products like cheese, are known to suffer from excessive body weight (also known as obesity). Such people thus end up becoming vegetarians so as to avoid the many risks associated with excess body weight

• Some people on the other hand just do not like meat or, are allergic to meat thus end up supporting the agenda of vegetarianism

• Following iconic individuals - since some people are highly revered, what they say is considered as very important by their followers. These iconic people come in form of spiritual leaders, influential personalities and so on. In such a case, the masses that look up to these people end up following what the iconic figures do just to emulate them.

Vegetarians are also said to be less prone to illnesses as compared to their opposing counterparts. Studies indicate that people who mostly live on vegetables and fruits live longer than the perennial meat consumers do. During tanning of leather, harmful chemicals are used and some people are known to react to such. So in a nut-shell, it advantageous to be a vegan and this is probably why millions of people are proudly adopting vegetarianism as a lifestyle as opposed to the past times when people were scared of admitting being vegans.

There is a misconception that people cannot enjoy themselves by being vegan. That is absolutely untrue. There is a wide variety of food to choose from, many quality materials that can be used in the fashion sector and limitless discoveries that are yet to be made. The life of vegetarians is in fact far much more enjoyable as the vulnerability to illness is reduced and you get an access to great fashion with a clear conscience; having not supported cruelty to animals.

And being a vegan is not difficult, all you have to do is take positive steps towards changing and-in due time-you definitely will change. So the next time you want to do some shopping, go to that vegan store you have been hearing about. I am sure that there is something for everyone in our vegan shops and you will find something suitable for you. You can also get a cookbook and start trying out the many delicious vegan dishes that will ensure you are healthy. Otherwise, enjoy yourself and stay healthy because “If it isn’t Vegetarianism, it isn’t a lifestyle worth living!” 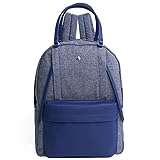