Maria Cecilia believes that writing is a pleasure and at the same time a challenge to her flexibility.

I can say that I am fortunate to have a chance visiting these restaurants and tried their dishes. It was a blissful experience indeed that I think it is best to write about it, like a recorded precious memories.

It was a lunch meeting with my "hard to meet" bestfriends, and we met at Arya to celebrate not just my birthday but also Russel's visit to the Philippines after more than a decade I think... It was Sang's idea to meet at ARYA and because of that she deserved an applause from me. I really like the place and the food, that for sure I will return...

It was my first time to hear about Arya Persian Restaurant, so that added excitement to meeting my friends. The hubber part of me was curious and I knew I will have another addition to my collections of dining experiences.

The place looks exotic and indeed a representation of Persian culture.... But the food reminds me of Cyma Greek restaurant... i was wondering if both countries, Greece and Persia or Iran are both mediterranean inspired, checking the map, Greece is located at the europe part of the sea while Persia or Iran is at the western asia, and that part of Mediterranean sea is called Persian Gulf. 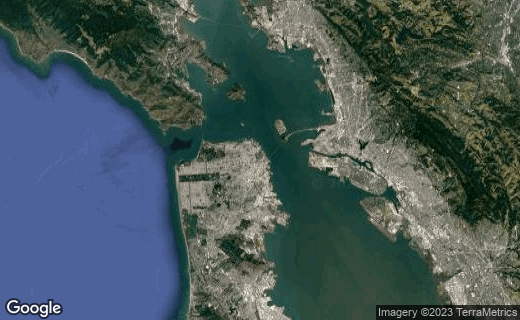 In case I decided to dine in at Arya, i will not miss ordering the Arya dip platter and the hummus. It goes well with vegetable salad.

They also serve Turkish coffee in an old fashioned but golden attractive kettle. Although it tasted like one of those expensive brewed coffees out there, coffee pouring from this beautiful pitcher gave a different experience

Dining in again, i will never miss the long grain rice that they called Balmati. It looks like fried rice at first glance but this kind of rice is naturally loose as compared to the typical cooked rice that we know. This rice goes well to all their kebab combinations.

The Red table korean fastfood was introduced to me by my friends who loves affordable Korean dishes. The Olive seasoned layer is a tasty dried black seaweeds that my friends love to chew while waiting for the main course. As expected I ordered for Bibimbap.... Because of bibimbap I came to understand what I always witness in some korean drama. I saw it in 49 days when one of the characters cooked a meal, she prepared lots of veggies that I thought as side dishes, and there is always fried egg. Bibimbap is the kind of korean food that you need to mixed all before eating them with all your heart...hahaha...

My friends ordered for the Samgeopsal pork or beef.. For dessert or the the only type of dessert the offer was the fish shaped Ice cream that they called as Melona...

Definitely this is not my first time to dine in at Gloria Maris,I go there alone to eat seafood con-gee with dimsum, and sometimes shabu shabu when I am with friends. If you want a fixed order for your shabu shabu, Gloria Maris offers a set that is good for two, three or even more customers

For a change, why not try the yumcha meal experience with your friends. Yumcha is the term used for eating just noodles and varieties of dimsum.

Chili's is my cousin and family's favorite, we had dinner at Chili's Greenbelt Mall branch a lot of times to celebrate my nephew's birthday.

Based on the food that we ordered, I can say the Chili's is like a combinations of American-Mexican dishes. The ribs, steak and chicken, combined with corn or mashed potatoes are very american while the Tostada with dips salsa and melted cheese re very mexicn.

For dessert we had fried cheesecake with Ice cream... So very good

Gumbo a Taste of New Orleans

Went to Gumbo at Robinson's Magnolia with office mates and we were arguing whether Gumbo is Mediterranean resto or not,... I insisted it was not based on what we ordered. I had this in mind, Mediterranean restaurants will always have pita, hummus , dips and kebab but what we had on our table are like american and mexican dishes. But still I checked on the Mediterranean sea map to have a light on the issue, but after reading the Gumbo history, it can be considered Mediterranean because of the influences of the countries near the Mediterranean sea. People from those countries settled in the Louisiana bringing their flavors to the American Kitchen

But Gumbo is a combination of several cultures. The name itself is derived from African word Okra, a pod like. Vegetables introduced by African slaves and often used to thicken the stew. This kind of cooking was derived from the cooking of French, Spanish, Indian and African residents of Louisiana thus it became the greatest contribution of the Louisiana kitchen to American cuisine. Gumbo now is a melting pot of different culture from France, Italy, Spain, Caribbean and African descendant. Please see links on Gumbo.com.ph

The Cold cuts and Soup

Whenever I dined in at a Chinese restaurant, can't help but remember my parents. Father introduced me to Chinese dishes, and the cold cuts that we ordered was another reminder. Uno restaurant serves authentic chinese dishes... Our soup is called the Green soup, aside from its color, the soup is a reminede of Nido soup.

For main course we had Pepper beef, it looks like a burger in cream of mushroom sauce, but the flavor is stronger... They also had their version of Samgeopsal but the pork has a great delicious taste, and the lettuces was just perfect as combined with special sauce... This is just unforgettable.

I forgot the name of the noodles or pancit with sauce and vegetables. It is placed in an elevated stainless steel server with small stainless burner to keep food warm.

For Dessert we had Mango sago...

This time with my college gang, it was Tere's birthday celebration, and we had dinner at Cyma after our swimming activities at Prince Condominium Facilities.

It was not my first time dining in at Cyma, but what we ordered were also new to me except for the salad. tere ordered the fita for herself with special vegetable to match it. the fish steak in butter sauce is tasty, grilled pork chop in lemon

Ramen and others at OEDO Japanese Restaurant

I went to Oedo with cousins, the night our friend based in Singapore went home for a vacation and was craving for something hot like Ramen. According to my cousin who knew the place very well, Oedo is a new Japanese resto in the area.

While waiting for our ramen we ordered for the usual Japanese appetizer.. The Takoyaki balls that looks elegant because it was beautifully arranged in good platter and the Asparagus tempura. I forgot to list the ramen flavors that my cousins ordered, but mine is like mixed tempura ramen. Please just look at the photos for you to have an idea of the ramen that Oedo served.

The ambiance is typically Japanese, spacious and cool...

Remember my hard to meet friends that I met at Arya Restaurant, Shangri- la last year, i met with them again this year, and again my applause to Sang for her wonderful choice.

it was short meeting on a weekdays, Cheng will be coming from Makati, Sang from Pampanga, Juliet from Dagupan and I from Manila. Shangri la. Shaw Boulevard seemed to be the most reasonable location for us because we came from different places.

I know I just had my Ramen at Oedo, so I am sure to order differently. Watami is also a cozy and neat Japanese Restaurant. With of course everything Japanese from the display to the kitchen wares.

Cheng ordered for Salmon roll sushi while waiting for me maybe...hahahha when I arrived we ordered right away. Sang ordered for a light brown colored noodles top with something veggie, it has sauce in a separate glass, and she called her meal as cold noodles. Cheng only ordered for clams cooked in a stone pot with Japanese Style sauce. I asked if it was enough because she will be eating it without rice or side dishes. Juliet ordered Salmon Rice in Stone Pot too, and mine was also in a stone pot called Pork Rice with Egg Yolk.

My pork rice is good but too hot... The waitress warned me about it. But what's even more exciting is eating it in the stone pot itself... It was a short meeting indeed... I think we just waited a few minutes but we really left the place right after eating..

Highschool bestfriend from Italy went home to Philippines for a vacation, and Anna chose Fely J's Filipino and Spanish cuisine. It was my first time to hear about Fely J's and according to Anna, Fely is the mother of the owner of Larry's Bar. We gave Anna the free hand to order, and I can say that all that she ordered were good, which made me say that Filipino food is still the best, whether Spanish inspired or not Filipino food is the answer for our craving for something familiar to us.

The desserts were another unforgettable experience. My favorite is Sikreto ni Maria Clara ( Maria Clara's secret. It's like ice cream with coconut milk with sweet delicious biko underneath. We had decadence chocolate cake and Fresh Fruit Platter.

My only reason why I can't return to Fely J's is its location, wish them to have branches in Marikina.

I will temporarily end my adventure here. i feel so blessed to have a chance to visit those Restaurant. my only wish is not tp gain weight each time I post my foodie adventures..