Humans are culinary animals: We cook our food, we mess around with it, we season it, we change it, and we have done so from the very earliest times. Indeed, cooking, like language or art, is one of those fundamental behaviors that define us as human and distinguish us from other animals. ~Elisabeth Rozin 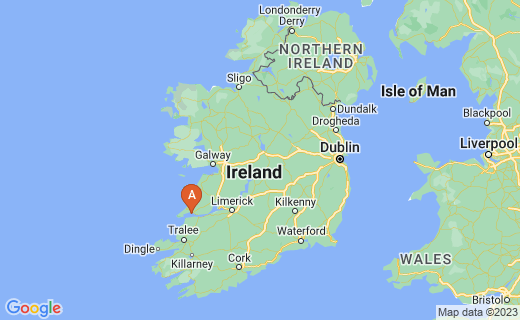 In Europe, soda breads began to appear in the mid-19th century when bicarbonate of soda first became available for use as a rising agent. Breads, griddle cakes and scones with bicarbonate of soda and cream of tartar or tartaric acid became popular in Austria, Polish cuisine (as do Pieczenia-Proziaki) and in the British Isles.*

Various forms of soda bread are popular throughout Ireland. Soda breads are made using either wholemeal or white flour. In Ulster, the wholemeal variety is usually known as wheaten bread and normally sweetened, while the term "soda bread" is restricted to the white savoury form. In more southern parts of Ireland, the wholemeal variety is usually known as brown soda and is almost identical to the Ulster wheaten.

I am not sure what I expected to find on my first solo trip abroad. I had just graduated from college and was given the opportunity to take part in a restoration project on a 6thCentury Monastery Village on Scattery Island, off the coast of County Clare, Ireland. As much as I loved college, I couldn’t wait to graduate and follow my dream of traveling; little knowing that this trip would leave such a lasting impression on me, or that it was in my cards to meet my husband within a few days of arriving on the romantic and mystical Emerald Isle.

It didn’t take more than a few hours to discover the pride that the native Irish have for their homeland. I found myself surrounded by a people in love with life, their Irish heritage and a mesmerizing mastery of language and conversation. My dry American dialect paled in comparison. Although all of these things would easily draw any interested world traveler to reserve an airplane ticket to the Emerald Isle, it was the Irish Soda bread, also known as wheaten bread , that left me craving yet another trip back to Eire, my adopted homeland. Growing up on bread that, thanks to chemical stabilizers and other preservatives, sat on a store shelf for longer than it should and then discovering the abundance of fresh bread in Ireland alone was a thrill. When I first tasted Irish Soda Bread I realized that this variety of bread could bring my culinary experience to a higher level; there is really nothing like it!

While working on Scattery Island each day, my coworkers and I would take turns walking the few blocks to the bakery to purchase a fresh loaf. It came wrapped in wax paper and we would cut it into wedges and share it with a cup of tea and jolly good conversation. Though many years ago, I remember it well.

More recently, as a Mother with a dinner menu that was falling into a rut, I found myself searching through the cookbook section of the local library for something new and interesting, when I happened upon a book on the topic of classic Irish cooking. I instantly flipped through this well-aged book, intently searching for a Soda Bread Recipe; I could nearly taste the bread with it's grainy satisfying texture. Then, BINGO, I found an authentic recipe and went home to try it out. Sadly, that first attempt came out too heavy and dry, I guessed that the recipe didn’t translate from one continent to the next; maybe it was the elevation or perhaps the humidity level differential. I nearly lost hope that I would be able to make a decent loaf of my own, instead though, I became determined to find a recipe that worked.

Although I never did find the perfect recipe, I began a process of elimination to figure out what was working and what was not. First I tweaked the whole wheat to white flour ratio to half and half. This I found, provided the whole wheat flavor, taste and texture without struggling with an uncooked or dense center. I learned that originally this bread was cooked over a hearth in a heavy pot called a dutch oven or bastible pot, and that by substituting my own pot and cooking it in the oven I could trap in the moisture that was being lost and causing the bread to come out dry.

Many traditional recipes insist that buttermilk made the difference in this bread and that there is a chemical reaction between the buttermilk and the soda, but I have not found this to be the case. I have instead, found that using whole milk tastes the same and saves me time. Since I wouldn’t normally have buttermilk in my refrigerator but always have whole milk, I am able whip up my soda bread at a moment’s notice.

An alternative version handed down through generations

Experience the spiritual sound of Gaelic, the ancestral language of the Irish