Is Your Olive Oil Really Extra Virgin or a Tawdry Imposter?

MH Bonham is an award-winning author and editor. Bonham is also the author of more than 50 books as well as thousands of articles. 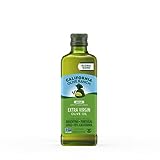 Is that olive oil you're using really extra virgin? Or is it some tawdry strumpet made up to look like extra virgin olive oil? Sure, it says it is extra virgin olive oil on the label, but how would you know if it weren't? It's not as if looking at the contents from outside the bottle will tell you that it is anything other than some sort of liquid. And that's what many importers would like you to see.

It might shock you to learn that what you're putting into your body is probably not extra virgin olive oil (EVOO). In fact, it may not even be pure olive oil. And this is a problem, especially if you're allergic to certain nuts or seeds that they make the oil from.

If your olive oil is labeled from Italy, it may not be from there. You may have bought olive oil from Tunisia, Spain, or Turkey, when you were paying for pure extra virgin olive oil from Italy. In truth, you may not even know what olive oil really tastes like, if you've been blindly buying EVOO off the grocery shelves.

If you're like me, you've opted for EVOO because it's "the good stuff." It's like what a man said next to me when he was filling a bottle with organic, California EVOO: "Life is too short for bad olive oil." He's right, of course.

Food fraud, and in particular, olive oil fraud, is nothing new. Mixing and blending lower quality oils with olive oil has been around since Roman times, but mobsters and criminals have brought it to a whole new level. In 2010, UC Davis published a scathing study showing that 69 percent of imported EVOO and 10 percent domestic EVOO actually failed their lab tests for being extra virgin olive oil. What's more,16 percent of the samples tested were a mix of olive oil and something else. That something else was most likely other types of vegetable oils, including canola, soybean, or nut oils. Some olive oils were found to be made with rancid oil as well.

Because mislabeling and fraud is incredibly rampant with EVOO, even the US government has stepped up to have the FDA start testing olive oils. Olive oil tops the food fraud list making up 16 percent of all food fraud.

"Life is too short for bad olive oil."

In case you're wondering what harm was done with the olive oil, consider that they were importing olive pomace oil and labeling it as EVOO. Olive pomace oil is produced by extracting olive oil from already pressed olive pulp--using chemical solvents. That's right: if you used this oil, thinking it was EVOO, you used oil that was extracted with chemical solvents. Appetizing to think about, isn't it? If you lived in Chicago, New York, or Boston last year and bought a bottle of EVOO that was marked as being from Italy, you just may have used that mislabeled oil.

But the United States is not the only country with problems. Other countries have encountered similar problems. For example, a German study tested and confirmed that about half of the olive oil sold in that country was mislabeled as EVOO.

Did you know that most EVOO isn't?

What You Can Do About It

You've taken your first step into doing something about EVOO fraud -- you're educating yourself. While EVOO fraud is rampant, you can still find good EVOO if you look carefully.

I learned about the fraud by accident, stumbling over The Food Renegade's blog some time ago. Since then, Larry Olmsted came out with a book called

Real Food, Fake Food: Why You Don’t Know What You’re Eating and What You Can Do About It, where he talks about the EVOO fraud. He makes some exceptional recommendations in his book, which is why if you're as concerned about Food Fraud as I am, you should check out his book.

If you're against having fake food and supporting mobsters, I recommend buying domestic (US) Olive Oil because while there's a small chance you'll get fake EVOO, you have a 90 percent chance of getting the real stuff. If you're getting imported EVOO, look for EVOO from Australia or Chili. Both countries have high marks when it comes to quality of EVOO. If you insist on only Italian Olive Oil, consider looking for the label that says 100% Qualita Italiana. You'll at least know that it was produced in Italy and has met the standards that the Italian producers require.

If you do go with domestic oil, do your homework and get an oil that is COOC Certified Extra Virgin from the California Olive Oil Council. I use an olive oil from the

California Olive Ranch, which is the biggest producer of EVOO in the state, but there are many good olive oils coming from California farms including Calivirgin Extra Virgin Olive Oil, McEvoy Ranch (Organic), and The Olive Press. I've been impressed with the overall flavor of the California Olive Ranch Everyday Extra Virgin Olive Oil enough to consider buying some of their other olive oils.

Once you get real extra virgin olive oil, you'll decide that the fake stuff just won't do. Oh, and when you taste the real stuff, it's obvious. It's amazingly wonderful and non-EVOOs don't even come close.