We recently had the opportunity to visit my parents, and despite it being spring break time, the weather where they live was still quite chilly and raw. My mother took the opportunity to teach my daughter how to make one of her favorite comfort foods: tapioca pudding.

I have to confess: my children are among those poor, deprived beings who believe that pudding is born in plastic cups and lives on supermarket shelves. They remember a distant past where occasionally pudding came in a box and I had to use that exotic implement, the whisk, to make it, but that fell by the wayside as they got older and less easily amused.

So my kids were totally stoked that not only could pudding be made at home, from scratch, but Grandma knew how to do it! The one catch? It would be made out of something resembling the stuffing in their bean bag chairs.

Next, my daughter got busy measuring. With a little help, she measured 3 cups of milk (those gallon jugs are mighty heavy!) and poured it into a 2-quart saucepan.

Then she added the tapioca pearls and the salt.

My mom put the saucepan on the stove and turned it to medium high heat. Then it was my daughter's turn to take over. She stirred until it was boiling, and then turned the flame down to low to let it simmer for 5 minutes. During that time, my mom added the sugar gradually, allowing my daughter to stir it in bit by bit.

The mixture was thin and runny when it was ready for the next step -- adding the eggs.

My daughter got to crack and beat two eggs in a little bowl -- always fun for kids. Then my mom stirred in a bit of the hot tapioca mixture to the eggs to equalize the temperature before pouring the eggs into the saucepan.

The next step was to bring the mixture just to a boil again, stirring the whole time. My mom and daughter took turns, so their arms wouldn't get tired. Once it came to a boil, they reduced the heat and continued to stir, until it magically became pudding.

After it was done cooking, it needed to cool for about 15 minutes. My mom poured it out of the hot saucepan into a heat-safe bowl (such as Corningware) and let it cool. After 15 minutes, my daughter got to add the finishing touch: stirring in some vanilla to give it a touch of flavor.

While the making of the pudding was ostensibly the reason for kitchen time at Grandma's, the real reason was much more important. My mom doesn't get to spend as much time with my daughter as we would like, so in addition to spending time playing and talking when we visit, my mom squeezes in extra bonding time by having my daughter help her in the kitchen. My daughter thinks she's making dinner, but she's really making memories.

And the greatest thing about that? We can all do it, every time we take a few moments out of our busy lives to spend some time helping our children master new skills.

5 stars from 3 ratings of Tapioca Pudding 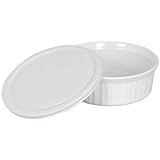 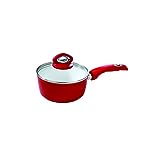