Eggplant to Die For!

Don't play with your food! If you're a big kid at heart, like me it's okay! Do you remember those old movie posters, of the 1950s and 60's? They were a howl "Attack of the killer this or that", every month it was a different one. Being an artist and a writer and being real fond of cooking, I found a way to blend a few of my passions.

I carved and photographed the eggplant shown in the photo. I had a challenge a few months ago to come up with some creative shots of some veggie.s on my art site. I sell them as postcards and posters. I looked at the photo, and immediately wanted eggplant! Then I wanted the tomato, the monster eggplant was devouring. And so it was born out of comic art circumstances. Here it is folks, my version of killer eggplant.

One bunch of green onions

A pinch of cayenne pepper

A salt and pepper

Ten Sweet peas in the pod

Wash eggplant and other vegetables, and dry. Chop eggplant into inch pieces. Chop and brown the green onions, on low heat use the stems also. Add the eggplant and all other veggies. Stir fry the vegetables in half cup water, until they are light brown, but not soggy. When they are almost soft, add bacon bits and seasonings. Remove from pan drain, and add Parmesan cheese. Serve with a bed of rice. Ice tea, compliments this meal nicely, along with warm buttered french bread,

I love this recipe with baked chicken. Some folks like it with lamb chops. this vegetable dish is very tasty, and seasoned well. You may want to use less seasoning on your meat dish. You can always let your guests season their own cooked meat. You can play around with the ingredients a little too. Some people don't like chopped green onions in their eggplant dish, some like red and green pepper pods. I hope you choose a nice nice to top off his great meal. Serves about four, enjoy.

A couple of my readers mentioned, they like "real" bacon in these type of dishes. They probably mean pork bacon. If they prefer pork bacon to imitation bacon bits, you can substitute it. I personally eat turkey or beef bacon. I don't think it would change the flavor much. You can buy real bacon bits in a jar. The other bacon I mentioned, you have to crumble yourself. I heard some folks even use hot spicy sausage in this dish and my cabbage recipe.

I was looking for a great video that features, how to cook great eggplant. I found this one, I thought was one of the best. It's by Dani Spies it's called, Eggplant 101. It's a great eggplant video, I think you'll find it very helpful.

How to Cut an Eggplant by eHow 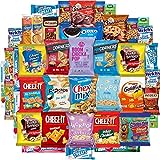