10 Tips for Shopping at Your Local Farmers Market

Before the Industrial Age and, along with it, the advent of the supermarket, buying at the local Farmers Market was the main means of obtaining vegetable produce, meats, poultry and an assortment of other goods. In fact, a trip to the Farmers Market was an "event" looked forward to by the entire community. This was often the family's weekly trip and was filled with all the excitement that went along with getting out and interacting with the larger community.

Today, the local Farmers Market is found indoors or outdoors; in a parking lot or on the Town Square. The Farmers Market may be as small as a few stalls or as large a few city blocks. Locations vary as much as towns and cities do, but whether in Warrenton, Virginia, Warrenton, Missouri or in Warrenton, Georgia, the aim is to give small farmers an opportunity to sell their home grown products and to give consumers often chemically free choices.

In the United States where the supermarket took over and in other countries with a similar history, the trend to buy at Farmers Markets is once again on the upswing. In the United States, Farmers Markets have grown from 1,755 ten years ago to over 5,000 in 2009. The United Kingdom saw an increase of 50% in revenue realized from Farmers Markets sales during that same period. With the emphasis on locally grown, the farmer is able to eliminate the middleman carrying no bulk buying from vendors.

The turn to the Farmers Market is also driven by consumer concern for healthy eating, for food safety, the desire to know where their food originates and by a strong interest in eliminating or greatly reducing the amount of pesticides that make it to the dining table. In addition, less packaging means also less carbon footprint.

Consumers also realize that eating what's in season is much healthier than buying vegetables and fruits out of season. Generally, out of season foods are grown in foreign countries and shipped hundreds, even thousands of miles to get to your supermarket. They have often been chemically treated, maybe even genetically altered so that they will appear fresh. Buying at the local farmers market means that the food has spent less time from the garden to your table.

As an assist to the economy, it has been proven that the money spent at the Farmers Market remains in the community longer. The proximity of a Farmers Market to other businesses in the surrounding area can be of benefit to the other business, as well. For example, a Farmers Market located in the parking lot of a mall could encourage buyers to also shop at stores within the mall and vice versa.

In addition, localities might encourage Farmer's Markets by holding contests. In Warrenton, Georgia the Farmer's Market is the traditional open air market held on the first Saturday morning of the month with fruits, vegetables and other home grown items as the fare. Also in hopes of spurring interest, the Department of Agriculture launched "know Your Farmer, Know Your Food."

The First Lady has been an advocate of the Farmers Market, attending the 2011 opening of the Vermont Avenue Market in Washington, DC.

To increase participation, Warrenton, Missouri offers free vending space for its Saturday Hometown Market located behind the City Hall and that opens in July and ends in September. It also has a Market from May to October each Tuesday on the County Fairgrounds.

Shopping at the Farmers Market increases your chances of buying food that has most of its nutrients remaining, as opposed to supermarket foods, that may have been picked before ripe and then traveled great distances before reaching your grocery cart.

The emergence of Farmers Markets is timely as farms and ranches are disappearing for many reason, one of them the inability to compete with the large, conglomerate farms. Farmers Markets can sometimes provide enough consumer spending for the farmers to survive. If the growth continues, the consumer wins, surrounding business wins and the local farmer wins. 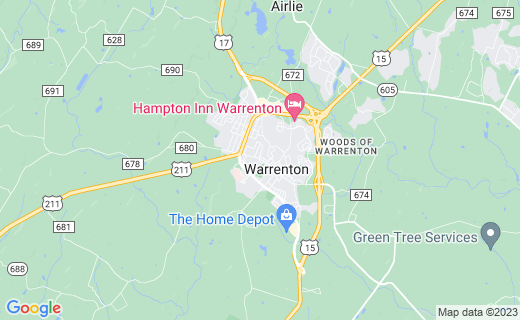 The Season for Your Favorite Fruit or Vegetable

There are a few things to think about when you patronize your local Farmers Market.

Even though the smaller markets may close down for the summer, there are still some State Farmers Markets that remain open year round. While they are larger, they still cater to the small farmer with their produce and with specialty items to sell such as canned peaches, pickled cucumbers and various vegetables and fruits. Many of the local Farmer's Market tips above are just as applicable to the larger, state farmer's markets.