Spice things up a little bit! Serve with Fire Crackers!

Maimonides, a 12th century Jewish sage, praised chicken soup saying that it “has virtue in rectifying corrupted humours”. He recommended that it be used to nurse convalescents back to health, and especially recommended it for people who were in the early stages of leprosy, or who were suffering from hemorrhoids, of all things.

Modern researchers suggest that there just might be some validity to the claims made about chicken soup’s curative and restorative powers.

Some people believe that the steam from chicken soup helps with congestion. In addition to being healthy, it is a good source of fluids which help the body fight off infection. Some researchers believe that the particular "blend of nutrients" present in chicken soup slows down white blood cell activity reducing inflammation that is associated with many illnesses, including the common cold.

It is easy on the stomach, soothing to a sore throat, helps with inflammation and reduces congestion. It is easy to make, fairly inexpensive and nutritious. What more could you ask for from this simple common soup?

Good chicken noodle soup starts with a good broth. If you used the hub, Building Meals Under $1.25: Using 10 Pounds Chicken in 5 Recipes to Make 26 Servings, then remove the broth from the refrigerator, and remove the fat that has hardened on the top. Discard the fat. Pour congealed broth into stew pot.

Have one 1 portion of chicken prepared in the above mentioned hub ready for use to make your meal. If not, then use 2 cups chopped cooked chicken. The recipe that I am sharing with you, will make 6 servings. 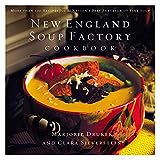 Cloverleaf's Rotisserie Chicken could also be a source used to produce the chopped chicken.

If you are using a portion that had been frozen, make sure it has been thawed overnight in the refrigerator. Or Thaw using the microwave.

Put broth in a large stew pot and bring to a boil. Add bouillon. Reduce heat, add chicken and simmer.

Prepare vegetables by chopping and slicing carrots, onion and celery.

Heat olive oil in frying pan. Saute carrots and onion until onion is transluscent and beginning to brown on the edges. Add celery and saute for 1 minute more.

Add two dashes of nutmeg. Salt and pepper to taste.

Bring mixture to a boil. Add 8 oz. egg noodles and any water needed to bring soup to desired consistency. Cook for length of time indicated on package.

When noodles are cooked through remove from heat and stir. This recipe will serve 6 people.

Total cost per serving is .65

Serve with Cloverleaf’s French bread, How To Make Delicious French Bread At Home.

If her bread were also split up into 6 servings, this would be .25 cents per serving.