Most Popular Ready-to-Eat Fresh Varieties of Common Figs, Including Nutrients and Health Benefits

Beverley has a degree in science and additional certifications in nutrition and aromatherapy. She's published on and offline.

Fig. Species: Ficus carica. Family: Mulberry. It is one of the oldest fruits on Earth. Evidence indicates that it originated in Asia Minor somewhere around 5,000 BC or earlier. There are many references to figs in Bible. For instance, in the Old Testament or Hebrew Bible, Micah 4:4 says, “…But they shall all sit under their own fig trees, and no one shall make them afraid.” In the New Testament, the Gospel of Matthew 21:19 states, “…And seeing a fig tree by the side of the road, he went to it and found nothing at all on it but leaves…” Both verses are from the New Revised Standard Version Bible.

Ancient Romans believed figs were sacred. They told many folktales about them, including the one involving twins Romulus and Remus, the alleged founders of Rome. The story claims that they were suckled by a female wolf under a fig tree. The ancient Greeks had their own love affair with the fruit. They forbade its exportation and fed them to their Olympic athletes to increase strength and endurance. Figs eventually came to the Americas in the early 16th century. Spanish missionaries later introduced them to San Diego, California (CA) in 1769. The state is now third in line in fig production. Turkey and Greece are first and second, respectively.

Botanically-speaking, figs are actually inverted flowers. The real fruits are the little seeds inside them. There are over 700 different varieties of figs. Many of them cannot pollinate without the help of a tiny wasp. The insect considers the deciduous parent trees a safe haven to lay eggs and mate, which in turn, helps to pollinate the flowers. The process is called caprification.

Figs produce white, sticky liquid called latex, where the stalk attaches to the tree. They also have a noticeable opening or ‘eye’ at the opposite end, which is believed to aid in its growth. Almost all figs are harvested twice a year. The first harvest is called breba. The second harvest usually produces a better quality and higher quantity fruit. Ninety percent of figs are dried either naturally by the sun or through man-made process.

August and September are considered peak months for purchase. Fresh figs should have their stalks intact, be bruise-free, and somewhat firm. Since they are extremely perishable, they must be refrigerated to last longer than two or three days. Also, they are usually on the expensive side. But that should not prevent you from enjoying this deliciously sweet, juicy, sticky, chewy, crunchy, unique, faux fruit. Four of the most popular, ready-to-eat fresh varieties are Black Mission, Calimyrna, Brown Turkey, and Celeste.

Black Mission figs, also called Mission figs or Franciscana, are native to the Balearic Islands off the Eastern coast of Spain. They were introduced to San Diego by Franciscan missionaries between 1768 and 1769. Trees are usually very large and frost-sensitive. They often bear fruit year-round. Their breba crop tends to be larger than their second or main crop. The fruits have elongated necks and round bodies much like a pear. Skins are blackish-purple, and crack open when ripe to reveal pale strawberry-pink pulp with a host of tiny seeds. They are meaty and syrupy with a sweet flavor. Besides being ready-to-eat fresh, Black Mission figs pair well with goat cheese, blue cheese or prosciutto. They are also great in yogurt, fruit and green salads or stuffed with almond paste.

Black Mission figs are loaded with dietary fiber, calcium, iron, potassium, antioxidants, and sugars. They also have small quantities of protein, vitamins, and are cholesterol, fat, and sodium free.

Calimyrna figs are native to Turkey. Well, Smyrna figs are. Smyrnas were brought to the San Joaquin Valley, CA in 1882. Once they began flourishing in their new environs, they were termed Calimyrna. Many consider them to be the most popular variety of common fig. The trees bear only female flowers, so pollination is by caprification. The figs are larger than many and have tender golden yellow-greenish skins, amber flesh, and an abundance of little seeds. If they are a sporting more green than yellow coloring when purchased, they’ll have to turn more yellow for ultimate deliciousness. Flavor is honey-sweet and nutty.

Calimyrnas are one of the more perishable varieties, so finding them fresh may be a worthy rarity. In addition to its ready-to-eat fresh tastiness, Calimyrna figs make delicious jam and desserts such as cookies. They can also be grilled or used on cereals.

They have high quantities of dietary fiber, calcium, potassium, iron, antioxidants, and sugars. Like Mission figs they too have some protein and vitamins, and are cholesterol, fat, and sodium free.

The Brown Turkey fig, also known as the Eastern Brown Turkey, English Brown Turkey, Black Spanish fig, San Pedro, Everbearing, Texas Everbearing, La Perpetuelle, among others, originated in Provence, France in the early 1700s. It later traveled from the Mediterranean to North Africa, Southern California, and Texas. Many consider it to be the best growing fig.

Brown Turkeys are small to medium in size with a somewhat large eye and not much of a neck. Tender skins are a combination of copper-brown and purple with green hue near the stalk. Pulp color ranges from amber to rose or red. Seeds are as plentiful as in other varieties. They also tend to split open when ripe. Flavor is sweet and juicy, and the pulp is hearty. Brown Turkeys pair well with blue cheese or cream cheese (stuffed or as a side). They are also good in desserts such as cakes, pastry such as scones, sorbets, salads, grilled, chicken recipes or by themselves. They can be kept frozen for up to six months in tightly sealed plastic.

Nutrients in Brown Turkey figs mirror that of the Black Mission and Calimyrna varieties. Some scientists list large percentages of vitamins A, B-6 (pyridoxine), and C in them as well.

Celeste figs, also called Blue Celeste, Sugar, Little Brown, and other names, are the second most common variety in Southeastern United States. Spanish missionaries brought them to Texas in the 18th century. They can be grown outside or in containers, and are considered the most tolerant in cold temperatures. Celeste figs do not have a breba crop and ripen in mid to late June. The pear-shaped fruit is small to medium in size, with a closed eye (which prevents souring), short neck, purple-rusty brown to light brown skin, and pinkish or reddish flesh with seeds. Flavor is sweet and juicy. Besides being ready-to-eat fresh, they are great for making jam, on cereals, with yogurt or grilled.

Nutrients are similar to that of Black Missions, Calimyrnas, and Brown Turkeys. Studies claim that this variety is also rich in magnesium and the flavonoids quercetin and luteolin.

The article: “Health Benefits of Figs” from the website http://www.healthbenefitstimes.com states that quercetin and luteolin can prevent cancers of the lung, colon, and skin. Additional health benefits are similar to those already mentioned. 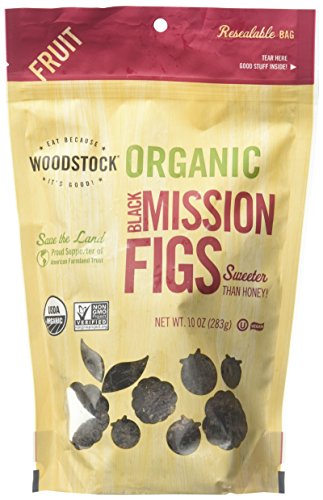 Which is your favorite ready-to-eat fresh fig variety?