Many years ago my great grandfather introduced me to the pastime of enjoying the best barbecued meats that you could ever imagine. From mouth watering smoked brisket and fall-off-the-bone ribs to pulled pork so tender that it literally falls through your fork, his recipes could call a crowd (and they usually did).

Living in the heart of Kansas, barbecue is a way of life for many people. My great grandfather was a retired war hero and enjoyed the peace and tranquility that came from working on his small farm. Harvesting vegetables and tilling the soil was his way of enjoying retirement. His philosophy was to live a simple life with little stress and plenty of time to enjoy his time on earth. Making great barbecue was also something he did for fun. It was a really a hobby and he never let barbecuing become a burdensome task nor did he desire to cook on a full-time basis. Usually his barbecue was prepared on the weekends, for the occasional holiday party, and for family gatherings.

Family reunions were a great time in Kansas because anyone related to my great grandfather (even as far as 3rd and 4th cousins) were privileged to enjoy his barbecue. Although, I can recall very little from my childhood and teenage visits to his quant Kansas home, the flavors of his the barbecue still permeate my mind and make my mouth salivate. I distinctly recall that the meat was tender and smoky with just the right amount of spice to enhance its natural flavor. The meat was moist and required plenty of napkins to consume properly. The barbecue was usually the centerpiece of the family gatherings as it brought family members together and kept smiles on their faces. The delicious food was usually enjoyed throughout the evening and long into the night. Barbecue for breakfast the following day was a common occurrence as well.

However, before the taste of the barbecue could take you to another world, the smell of it cooking outside would have you packing your bags in preparation for the coming sensory experience. When the roaster was roaring, the barbecue aroma filled the backyard and usually diffused into the neighborhood. When the breeze was just right you could smell the deep fragrance of the meat from the road fronting the nearby elementary school. Many scientists hypothesize that smells often correlate to the most vivid of memories; my great grandfather's barbecue would conform well to this theory. 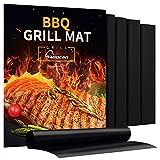 In another visit to my great grandfather's house, I distinctly remember getting served a full plate of tender beef brisket. I took the first bite and realized that it was literally the most delicious barbecue I have ever had. Even just thinking about it, my mouth begins to salivate. No barbecue that I have had either before or after this meal ever even came close to how the flavors just popped and made my taste buds jump for joy. I downed the entire plate of tender meat and went back for at least two more full plates. I skipped the corn on the cob and fresh biscuits and instead probably consumed close to three pounds of pure beef heaven. I had never eaten so much in my life but my teenage body able to adapt to the situation.

My fondest memories of my great grandfather will forever be tied to his remarkable ability to barbecue meat like no one else. Unfortunately though, my great grandfather passed away a few years ago and many of his barbecuing secrets went to the grave with him. He never entered any competitions, wrote anything down, and never shared his techniques with anyone except my grandmother (when she was alive). I was a young man and did not have the privilege of learning any of his recipes nor did I pay close enough attention to see how his barbecue was made. My family and I all urged him to write down his recipes but he always insisted on keeping them in his head. I guess he was worried that someone would steal is recipes and make a fortune by opening new barbecue restaurants. Either that or he was just adept at barbecuing and didn't really have any recipes.