A Surprise on Hot Nights in the City

During much of March 2012, the temperature outdoors in Ohio stayed in the 80s F for an early summer season. People began thinking about summer foods and drinks and the cafe patios around town were always full right after work and on weekends.

One evening, I decided to have a root beer float.

Ordering the beverage treat through a local drive through window of a long-time restaurant chain, I heard the order taker hesitate. Then he brightened and said he would surely have one ready for me at the window. As it turned out, the young man had not ever heard of a root beer float, nor realized that his restaurant sold them. However, what he invented was pretty interesting!

Kids will love this drink, but parents will probably not like it to be consumed every day. It is sweet and full of dessert, but it can be an occasional celebration that children will remember.

The crewman at the restaurant I patronized made a chocolate sundae in the bottom of a large drink cup and then filled the remainder of the cup with root beer.

Interestingly, not everyone knows what a root beer float contains. Since the spread of Sonic Restaurants in our state, the public has accepted a large number of fancier soda beverages and slushies, so plain root beer and ice cream may seem second rate - or a poor excuse for a refreshing drink.

The recipe for the surprising accidental beverage I received is listed below.

For variations that use a cola beverage, use lime, cherry, or orange syrup instead of chocolate and fill with cola.

If you are unable to find your favorite root beer, you might try making your own.

Several brands of root beer syrups that contain ingredients from a number of roots and other natural sources are on the market, with Zatarain's available since 1889. In fact, the very first product of founder Emile Zatarain was root beer.

Root beer is said to have first appeared in 1876, 100 years after America's founding, at the Centennial Exhibition in Philadelphia, which was America's second capital.

Pharmacist Charles Hires introduced the product that was made from 25 different roots, berries, and herbs. Adding carbonated water, he made his name synonymous with root beer - Hires Root Beer, per se.

The establishment is built to look like a wild west saloon and its staff pours locally brewed root beers all year long. It is also a coffee house and soda shop as well as a gourmet cuisine restaurant.

Specialty food events occur regularly at the Root Beer Saloon and here are a few examples:

Alto Pass is in the southernmost portion of the State of Illinois and southeast of St. Louis Missouri (see map below). Alto Pass is celebrates as the "Home of the Brave, Grave and Porky" 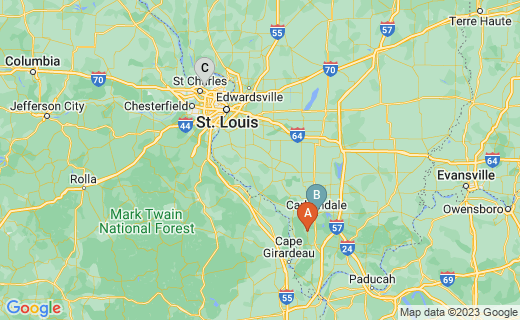 Home of cats who have their own houses.

Attractions to Enjoy With Your Root Beer Float