Interested in trying a new beer? Consider checking out Newcastle Brown ale if you like dark, full-flavored beer. Whether you like sipping beer or cooking with beer (or both!) you'll likely find this delicious British beer.

Newcastle gets its name from where it was originally brewed. The beer was developed by Jim Porter, of Newcastle Breweries, Ltd., located in in Newcastle-upon-Tyne, England.

This tasty beer has been a favorite among beer enthusiasts since it was first brewed in 1927. Just one year after being introduced, the delicious ale was recognized with gold medal awards at the International Brewers’ Exhibition in London. It's been a favorite in pubs and homes ever since!

Newcastle brown ale is a great ingredient in many recipes. The next time you prepare your favorite soup, chili, or stew recipe, try stirring in a bottle of this delicious beer instead of an equivalent amount of water, broth, or other liquid. You'll find the beer adds a rich flavor to these types of recipes that everyone is sure to love.

If you're ready to try cooking with Newcastle brown ale, consider the following cheese fondue recipe:

Cook bacon, drain, and crumble. Finely chop the green onion while the bacon is cooking. Melt the butter in a medium saucepan over medium heat. Place the bacon and the green onion into the saucepan. Cook until both are sizzling. Stir in the flour, mix until blended through. Mix in the hot sauce. Pour the beer into the mixture and stir. Add the cheese slowly, stirring continuously, until the sauce thickens and is smooth.

Serve with your favorite dippers. It tastes great with Fritos, sturdy crackers, raw veggies, crunchy breadsticks, Melba toast and many other snacks.

Newcastle Brown Ale isn't hard to find. It's available at most retailers that carry beer and wine. Look for the dark bottle with the blue star in your grocer's refrigerated beverage section, the local convenience store, or in your favorite liquor store. If you want to try a pint or a bottle before purchasing a whole six-pack, consider ordering one at your favorite pub. Taste testing can be a lot of fun! 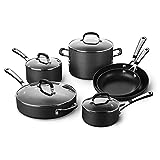