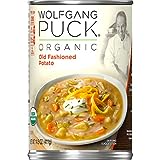 It's becoming easier to combine eating organic foods with the convenience of preparing frozen entrees. As the benefits of an organic diet are becoming better understood and widely adopted, a many natural food companies are increasing their offerings of organic products, inlcuding vegan organic selections.

At the same time, grocery retailers and natural food stores are expanding their inventories of organic frozen food to meet growing computer needs. The end result is that people who want to follow and all natural diet can enjoy the convenience of a variety of frozen entrees that taste great.

Amy's Kitchen carries an extensive array of natural convenience foods, including a number of frozen entrée selections. All items in the product line are made with natural ingredients, and many selections meet the needs of individuals on special diets, including dairy-free, gluten-free, low sodium, and other plans.

Cedar Lane Foods produces a wide variety of organic frozen entrees, some of which are designed in compliance with Dr. Sears Zone Diet. These organic food frozen entrees can be ordered directly from the company for Federal Express home delivery, and are also available in supermarkets and natural foods stores around the United States.

Famous for it's well known and much loved Moosewood Restaurant Cookbooks and the restaurant itself, the chefs at Moosewood Kitchens have developed a line of organic frozen entrees and refrigerated soups that are available in retail outlets across the country.

The Seeds of Change chefs have created a delicious assortment of inernational organic frozen entrees that are available in retail outlets across the country.

Entrée and side dishes include:

These are just a few of the many available organic convenience food frozen entrée options available to consumers. If you know of any other companies that are meeting the growing need for organic meals that work for busy individuals and families, please share information about them in the comments section below.