A beautiful scene from Kerala 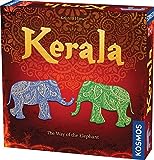 Rice is the major food item of two third of human race. The name of paddy was mentioned in ancient Indian epics. It is heard that rice was cultivated in China in very ancient time. Hence it is assumed that either India or China is the country of origin of paddy cultivation. Now India is the leading country in rice cultivation in terms of area.

Now I wish to focus on my state Kerala’s paddy cultivation. In Kerala Palakkad, Aleppy, Eranakulam Thrisoor and Malappuram. Actually paddy is a short term crop. For its flowering and fruiting 160 C to 220 C temperature is essential. The cultivation mainly depends on the rain fall. Paddy grows in a soil having P.H value in between 3 to 10 . An eight and half hours sunlight exposure is needed for paddy

Mainly there are three season’s of paddy cultivation in Kerala. They are

This is cultivated in April – May and is reaped in September – October season.

This is cultivated in September – October months and is reaped in December – January month.

This is cultivated in December – January months and is reaped in March – April month.

According to the duration of cultivation it is again classified into three items.They are

Duration of cultivation is 115 days or below it. ’Hraswa’,  ‘Annapoornna’, ‘Triveni’ , Rohini’ , Jyothi’ , Kairali etc (All are local names)