Black Pepper is Nothing to Sneeze At

Here is a spice we use all the time. It's on the table when we dine.

Black pepper, the most common of the (Piperaceae) pepper family, comes from a peppercorn that is grown on a flowering vine.

The pepper plants take four years to bear fruit, and once they have, they will continue to do so for up to seven years. Watering in the first three years is very important to the plant and it has to be watered every other day during the dry season.

Once harvested the peppercorns are boiled for a short time in order to clean them, then dried in the sun or in a machine in order for us to use as a seasoning or a spice. This usually takes a couple of days.

Where Pepper Plants Are Grown

Pepper plants are only grown in tropical regions. Vietnam is the world’s largest producer, but the black peppers are native to India and have been used as a spice there going back to prehistoric times. Other countries that are Major producers of Pepper are India, Brazil, Indonesia, Malaysia, Sri Lanka, China, and Thailand. 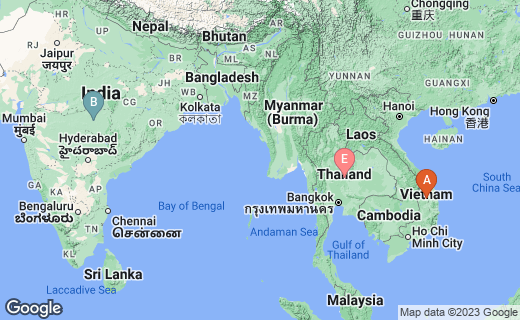 Pepper As A Medicine

What is a Drupe?

A drupe is a fruit that has a fleshy outer part and is surrounded by a shell that is hard with a seed inside.

A superstition that dates back to Elizabethan times states that when someone sneezes you must say “God Bless You”, as it was believed that by saying this, the devil would not enter your body as you opened your mouth to sneeze, and would ward off the devil.

Pepper, pepper if you please

Why oh why do you make me sneeze

Piperine, which is an alkaloid that is in black pepper, will tend to irritate the nostrils that cause some people to sneeze. Piperine once extracted from pepper, is known to stop blood clots, reverse pigment disease and boost overall health.

One of the best and most useful wedding shower gifts I received was, and is my favorite, pepper mill I still use it today and even though it is pretty old it works great. Hopefully will keep working for years to come.

Many people collect pepper mills aka pepper grinders. The first ever made was in France by Peugeot in 1842, and is said to be the best pepper mill one can ever buy. Coming with a lifetime warranty, this company stands by their product.