How to Make "Passatelli" the Soup of Romagna

"Wonder not to be missed - Michael Marziani wrote in his book- Cooking Rimini between land and sea "(Panozzo Editore Rimini 2005) - are passatelli, kind of wonderful vermetti based breadcrumbs, eggs, Parmesan, nutmeg and zest lemon.

A fantastic soup of feast days - is traditionally eaten at Easter in Rimini and on Epiphany in Valconca - to be enjoyed in broth.

Also wonderful with fish stock made with the humble Paganelli dell Adriatico.

Today there are many dry versions that meet in restaurants. (...)

Who has had the good fortune to be a child in a family where passatelli were at home, the memory retains in the nose, because the passatelli are good smell, cheese, nutmeg, lemon wandering air bubbles while the broth.

But what struck us even more - and hits - the imaginary infant "E fér ", a kind of skimmer with handles used to achieve thin vermicelli mixture of scented.

An object dark, mysterious, which is difficult to use if not seeing him to use. And the kitchens at one time were divided between those with tool in question and those who, wretched, it arranges with a potato masher until at least a decade ago included in all families.

Today the iron passatelli is part of the articles in memory of rural modernism. A little as the "Testo dla piadina" pans to bake the clay piada.

The recipe used in my home, is chicken or capon broth, as close to tradition, but sometimes I have tried, successfully, the fish stock.

The origins of this pasta are not entirely clear. The first official recipe dates back to the time of Pellegrino Artusi. In fact, the famous nineteenth-century gastronome included the recipe for passatelli in his famous book "Science in the kitchen and the art of eating well".

Published in 1891 at the author’s expense, its success was as unthinkable as it was overwhelming. During the following 20 years, the author himself worked on 15 editions and the “Artusi” (by then simply called by the author’s name) became one of Italy’s best read books.The approach is that of a teaching manual (“I practise using this manual,” wrote Artusi, “one simply needs to know how to hold a ladle”), and recipes include considerations and short stories which make Artusi’s manual a masterpiece of wit and wisdom.The last edition of the manual, a true watershed in modern gastronomic culture, collects 790 recipes and still today counts a large number of re-edit copies and enjoys widespread circulation. It has been translated into English, French, German, Dutch, Spanish, Portuguese, Russian and Japanese.

Emilia Romagna is the cradle of good food and handmade meals, such as fresh egg pasta.

Making it requires a "dance" with a precise rhythm and swaying, while the hands work the dough.

I would like to immerse you in another traditional dance of my region, a true specialty: passatelli (homemade pasta) in broth. Characteristic movements to follow also exist to make this particular type of pasta with eggs, breadcrumbs, and Parmigiano Reggiano. When using the traditional tool to prepare passatelli, you will need to squish, pull, and use force with patience.

Since not everyone has this tool at their disposal, we have chosen to use a potato masher with wide holes.

It is a very simple and easily accessible method that will allow you to make passatelli in broth, perfect for your Christmas menu or New Year's Eve dinner!

Among the many typical dishes of Romagna in the soup broth most distinctive, more original, more "Romagnola" surely is passatelli a delight for the palate that is worth learning to cook. 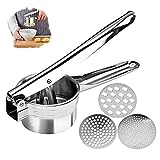 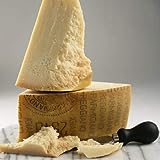 In the past, passatelli was considered a special dish because the strands were made with white bread; The original recipe called for breadcrumbs and cheese in equal measure. But, in the homes of the wealthy more Parmigiano Reggiano was used, whilst in the homes of the poor more bread!

This dish has tickled the imagination of several Chefs and restaurateurs, whose modern reinterpretations offer passatelli no longer only in broth.

In fact, passatelli can now also be eaten dry (for example with the white truffle of Acqualagna (PU), with porcini mushrooms, with seafood) or semi-dry with a fragrant fondue or with a fish broth.