Polish Pizza and Other Foods I Ate

Getting nostalgic about some of the foods I ate when I was growing up. So I thought to myself, “For Posterity’s sake, I need to list and describe food I ate that I consider super-delicious.”

I am going to break down the foods into two sections. Section One is carryout food we bought and ate. Department Two is food we made home and ate on a regular basis.

Before I delve into Section. One, I want you to know that as a kid we ate the same thing each week according to day. For example, on Mondays we always ate hot dogs – usually Oscar Mayer. Tuesdays we ate pigs-in-a-blanket (beef with bacon wrapped around it) and Rice-a-roni. Wednesdays varied but late at night for a snack we ate John’s frozen baby pizzas.

Then Thursday was always hamburger (homemade) with a different side. Friday was always pizza night – usually Polish pizza (which I’ll discuss in Dept. Two). The nice thing about having pizza on Friday was that when Lent began we switched from meat to cheese pizza. Not much of a sacrifice, of course, so we still had to come up with something to give up on Fridays and something good to do.

The week ends varied as my mom and dad decided to go out or we visited relatives, but it was a good bet that on Saturday we would have Polish chili or gawumpke; and on Sundays either breaded pork chop tenderloins or smoked butt. We also learned to eat food differently than the rest of the known world: we ate fried bologna sandwiches, salted apples, peanut butter and celery, peanut butter and syrup sandwiches, mustard sandwiches, and boiled pork ribs. My mom made oxtail soup which I hated and my dad ate a bowl of cooked chicken hearts (yuk) and also turkey necks. But we also always ate cottage cheese, hominy grits, Lima beans, and wax beans. Our mashed potatoes (which I still do not like) either had corn in them or sweet peas in them. Does anybody eat this stuff anymore?

Don't Be So Goofy

A Shake To Die For 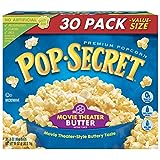 The Chains That Were and Those Still Here 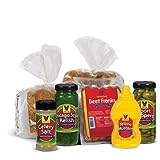 Hot Dog Stands. When we lived on the West Side, we used to get our hot dogs from street vendors. This was Chicago style all the way – with the steamed poppy seed buns! In the hot dog cart was the steamer, the dogs, and the condiments, as well as the dark green, sweet relish, chopped onions, celery salt, and sport peppers. As a side, we had steamed Tom Tom Tamales. Tom Toms are still in business and make great tamales. We now buy them frozen and cook them at home. Growing up in a Mexican-Polish neighborhood, you would smell different aromas at supper time (we also call dinner time). The smell of Mexican food always drove us to the stand to get tamales. We didn’t start on tacos until one year we had them in KCMO. Tamales and chili were bigger than tacos and burritos back then.

Fried fish by Canal St. (There was a fried fish fast food place just off Canal St near the bridge by Ashland Ave – Chicago). We would eat lunch bags of greasy deep fried fish balls. These are pieces of minced whitefish rolled into a meatball size ball, breaded and deep fried. Not healthy, but at the time they were tasty!

The local variety. There were many great local eateries for fast food that I enjoyed as a kid or teen. We didn’t always go out, but when we did, many times we chose the locals. Kojak’s, Mickey’s, Nicky’s, Portillos, Markella’s and others sold great Chicago style hot dogs. Yes – Vienna Beef dogs with NO ketchup. Chopped onions and jalapeno or sport peppers, with or without chili. Sprinkled with celery salt on poppy seed buns. Better than Nathan’s or David Berg. Superior to Coney Dogs in Detroit (sorry MotorCity friends!).

Beyond hot dogs. Yes these establishments sold other great foods and do till this day. Pizza puffs, “Chzborger, Chzborger, Chzborger” (Greek owners popularized by John Belushi on SNL), Italian Beef (can’t get this special beef anywhere but Chicago). The cheeseburgers were different as they were cooked with a stake of onion rings. Also many of them sold Italian (sausage) and Polish (sausage), tamales, and chili. The fries are either sold in a paper bag or wrapped with the dogs or beef sandwiches. And there’s also the gyros – make sure you pronounce it correctly (yi-roz).

Chicago Pizza Places. Chicago has the best pizza parlors and carry outs in the world. My favorites are Beggars and Foxes, there’s also many others. But growing up, most pizza places did only carry out. We used to order thin crust exclusively. Places like Connie’s and Geneo’s and Capri’s and Phil’s had the thickest topping pizzas. (Whatever happened to Aurelio's or Angies?) Hand tossed crusts but not cooked to be as hard as cardboard like many chains do now. The crusts were semi-firm and had bread crumb coating on the bottom. The sauce tended to be sweet with whole fennel seed besides other Italian spices. These pizzas tasted good fresh, tasted better cold, and even better when re-heated as a left-over. We used to get pizzas delivered in a pizza bag, not the common box they use these days. The pizza was slipped into a white bag with a logo of an Italian chef who had a curly mustache, and the bag was stapled shut with the receipt. The bag on top did not touch the pizza but was puffed up so the heat could rise and not soak the pizza with steam. Many of the old pizza places also sold beef sandwiches, shrimp and broasted chicken. If you drove past a pizza place, your heart would stop from the wonderful aroma and your stomach would moan “I’m hungry. I want pizza!”

I am sure I have missed some fast food places so if you want to mention them in the combox be my guest. I never cared for Jack In The Box, btw. Arthur Treacher’s Fish N Chips was around but I don’t remember much about them except they wrapped their food in newspaper. I didn’t delve too much into ice cream places such as Rainbo Cones on Western Avenue, Tastee Freeze or Dairy Queen. Maybe I’ll talk about them next along with the Good Humor man. Maybe I’ll also cover eating at department stores, such as Woolworth’s and Weibolt’s. Maybe not.

Have you Ever Eaten an Italian Beef Sandwich? 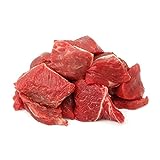 But we didn’t eat out all the time. My mom would cook, and my grandma as well. And I want to share those memories of the foods we made.

One of my best friends had some pizza she made and he asked her what kind of pizza this was. She told him that it was Polish Pizza. And I guess it was. Who else made square pizza? The crust was soft so she would cut the pizza in little squares. I always wanted the end pieces because they had the “handles”. One day I asked her to make a real Polish meat pizza, being a smart aleck. So she made one that used Polish sausage instead of Italian. She liked it, but I didn’t. I have tried to imitate her Polish Pizza but just can’t even come close. Well, for now, if I’m anywhere near Chicago, I will order a Chicago style pizza, and reminisce about my mom’s Polish Pizza.

So, one final thought: if I can eat all of these foods now, would I? In a heartbeat! No - I was just kidding, for health reasons. If I go out, for a treat, I can buy a Pizza Puff at Wal Mart. I can buy tamales from Jewel’s or I can drive many hours back to Chicago and pig out at The Patio eating hot dogs and corn bread and chili or order a family size pizza from Beggar’s (“We lay it on thick”). But, you know, I lost that 40 lbs years ago and don’t intend on bringing it back.

Great Music To Eat To 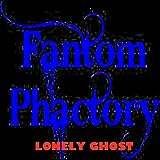