Holy Week and the Easter Dishes of Malaga Spain

Spain is Intriguing for Culture and Food

I have never traveled to Spain, but know a few people who have done so. Watching various sporting events telecast for that country, I have become fascinated with Spain and its cultures. .

A couple I know married in a catered event that copied an entire bullfight, except for harming any animal, and the wedding was magnificent!

They hired a company to rent a stadium and put on a mock 18th century bullfight with actors portraying the King and Queen of Spain, the royal court, lesser royalty, and commoners in the stands as well - all in full costume. Wedding guests had been assigned parts. Royal trumpets and other musicians announced the agenda of the event, activity by activity, and it was unique and memorable. A royal feast followed for the reception. The photos were incredible.

Palm Sunday through Easter as a week makes a visible attraction as well as a traditional religious holiday in Malaga. It is a very special holiday here.

The 1992 Olympics in Barcelona that featured the Catalan Region of Spain grabbed my attention as well, presenting some of the history of Catalan and its singular language.

The music and traditions worked into the opening and closing ceremonies were unforgettable, especially the "stacks" of humans almost like human pyramids -- towers made up of men standing on one another man's shoulders in circles of decreasing size up to about 100 feet high. The Tree Tenors sang.

I was hooked on Spain and began to read and talk to people about it. This interested me in Mexico and a renewal of my readings about that nation as well and I became more aware of Spanish and Mexican actors [Antonio Banderos - Malaga; Ricardo Montalban -Mexico City] and musicians, whom I had always admired.

I have been astounded with the history of Holy Week before Easter in Malaga, Spain and elsewhere in the southern region.

I was startled by the robes that reminded me of Ku Klux Klan uniforms, but worn by Catholics in Malaga. The KKK obviously copied them from the Spanish or similar peoples, but that is not proven. I found that these robes are called nazareno robes of penance and are of several colors worn by certain people walking in the parades or processions held during Holy Week.

Each color denotes a particular procession and these robes were most widely worn i history during Medieval years by those who might declare their penance openly -- However, they were masked to the population to avoid conflict and attack.

The robed penitents of Holy Week in Malaga carry candles or wooden crosses as they walk through the streets, often barefoot.

In some places in Malaga, the penitents carry heavy chains and wear them around their ankles. At the same time, celebrants along the route sometimes dress as Roman warriors of Christ's time, making the celebration more realistic. In that way, people see the persecution of Christ as well as his anguish.

These scenes are quite startling, because penitents also carry a heavy litter containing a figure of the Virgin Mary and another litter bearing a standing Christ figure that is Himself carrying a cross. These images evoke strong emotions. 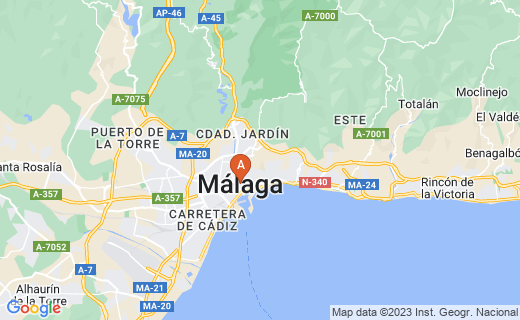 The following recipes are particularly loved in Malaga, Spain during Holy Week from Palm Sunday through Easter Sunday. However, these dishes can be prepared throughout the year. Each recipe serves four people.

This pudding does not require any sugar at all.