2. Combine potatoes, peas, onion and mint in a bowl. Spoon a quarter of the potato mixture into the center of each piece of baking paper. Drizzle each with 1 1/2 tablespoons cream mixture.

3. Fold paper edges and turn upwards to seal (so liquid doesn't run out) to form a parcel. Place parcels on a baking tray. Bake for 45 minutes or until potatoes are tender. Serve with barbecued lamb. 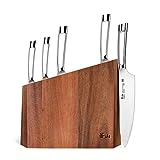 1. Preheat oven to 200 degrees C (400 degrees F). Place potatoes in a single layer, in a large roasting pan. Drizzle with oil and season with salt and pepper. Turn to coat. Roast for 40 to 50 minutes, turning every 20 minutes, or until tender and golden. Allow to cool for 5 minutes.

3. Arrange potato on a platter. Sprinkle with coriander and sesame seeds. Serve with barbecued sausages, chicken or pork.

1kg (2 lb) Spunta potatoes, peeled, cut into 4cm chunks1/4 cup pure icing sugar2 tablespoons olive oil1 tablespoon Dijon mustard1 1/2 tablespoons poppyseeds1. Preheat oven to 200 degrees C (400 degrees F). Line a baking tray with baking paper.2. Place potato in a large saucepan. Cover with cold water. Add a pinch of salt. Bring to the boil over high heat. Cook, partially covered, for 12 to 15 minutes or until just tender. Drain.3. Combine sugar, oil, mustard, poppyseeds and salt and pepper in a large bowl. Add hot potato and toss to coat. Spoon potato, in a single layer, into a roasting pan. Drizzle over oil mixture from bowl. Roast for 30 to 35 minutes or until golden. Serve with roast lamb, beef or chicken.Note: You can also use Desiree or Russet Burbank potatoes for this recipe.