Seven months ago I attended a craft beer festival with my wife and somefriends in Martinez, CA. It was a beautiful day with great company. As we tasted some wonderful (and some not-so-wonderful) craft beers and soon I became hungry. Luckily the festival had multiple food vendors and all I had to decide was where to throw my appetite. Chicken wings? No, too obvious. Chinese food? Nope, too greasy. As I strolled through the good court I was drawn to a specific stand named "Tasty Zombies". This was the place I would eat. Sure, it may not be the most appetizing name for food, but the pictures on the outside of the structure we promised something amazing!

It looked simple - a golden bread bun - but it's beauty was much more than crust deep. The buns came stuffed with one of three fillings: cheese sauce; sausage; or cheeseburger. I ordered the cheeseburger variety and enjoyed a fully enclosed burger. Meat, cheese, ketchup, mustard and onions. It wash ... how can I explain? Average. But for me the taste wasn't the only point, I was enamored by the idea of enclosing food in a bread bun.

I learned that these Tasty Zombies were a favorite of school districts around Martinez, CA served for lunches in place of frozen pizzas. To me it was represented a challenge. I wanted to create my own Tasty Zombie, but instead of making a food for high school lunches, I wanted to make a treat that any bread and pork lover would be proud to put at their table.

Update 3 years later - The backstory is still the same. This was where my journey started, but the process and results have changed over the years and I will be updating the original blog to show my process now!

Is the pulled pork bun something that interests you? 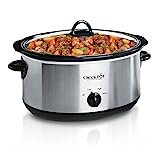 The Path to Success

From 3 years ago: "I wish I could say the process to create the pulled pork buns was easy, but it wasn't. I am not a cook and have very little bread baking experience, but I am creative and make tasty food in my own right. I wanted to created was a bun filled with delicious pulled pork and for someone like me that meant doing a lot of research on just what needed to take place."

Today: Here's the thing folks, what I failed at three years ago was making the bread right. And the statements you see "I am not a cook" and "I have very little bread baking experience" are now completely false. And this is how I turn it around. I have become quite adept at baking bread and for this recipe I switched from a standard white bread bun to a knock-off Hawaiian roll. The flavors are perfect for each other and with my ability to make an awesome loaf of bread it was just a matter of putting them together.

There was one easy part in the recipe - the pulled pork. There are more pulled pork recipes than I can count and I have made more than a few. But for this process I went to an easy and flavorful, relying more on the addition of flavor at the end that flavoring throughout the entire process. We'll start with the pork recipe; it will take 6-8 hours to be cook so you will have plenty of time to review everything else.

I created another article just for pulled pork on a slow cooker. I might update later and link to other ways of making pulled pork, but for now let's start easy. Click on the link below for my easy slow cooker pulled pork recipe!

Bread can be daunting and will take some practice, but once you learn the nuances of crafting different types of bread you will be hooked.

The Hawaiian roll in itself took me a long time to prefect, so instead of rushing through the creation and process, I have linked below to a separate article on how I made the rolls.

My pork is so sloppy!

Yes, that is a characteristic of pulled pork: sloppy. The problem is, all the liquid in the pork is going to negatively affect your bread by increasing the doughs hydration. So we need to do something about that.

Preheat your oven to 300, spread the seasoned pulled pork out on a large cookie sheet and bake for 15 minute. Take out, turn the pork over, and repeat for another 15 minutes.

You aren't cooking the pork right now as much as you are drying it out. You can speed this up by using the broiler, but be careful, that can burn the tops if you are not careful!

Now that you pork is pulled and "dried" and your bread has finished the first rise, you are going to combine everything.

One note: You want you pork to be roughly room temperature. If it is too hot it will kill the yeast in the dough which will stop the dough from doing it's second rise.

Divide your dough into evenly sized balls - I did 16. Pick up one ball at a time, use your thumb to punch a divot into it and then shove some pork in. It's going to be a bit messy, but if you just use one hand as the pork hand and the other for handling the dough you should be able to fairly easily pinch the hole close and seal in the delicious pork.

Roll the ball into a nice shape and put in a greased pan.

Once the pork has been added (and you will have lots of pork left over) to the dough you need to let it rise again. This second rise should take about an hour, and once you see a notable expansion of the dough in the pan you can preheat the oven to 350 degrees to bake the rolls and finish the product!

I am glad to revisit this topic and fix the last blog article I did on it. I have improved my cooking greatly over the last three years, especially in regards to bread making. The pulled pork stuffed buns are truly a thing to behold. You can freeze them and pop them in your lunch for the day or just eat fresh right out of the over (let it cool a bit ...).

Also, unlike my original article I was able to use my own pictures and media. It helps to create a much stronger connection when I can show what I did and how it turned out.

Give these buns a try and please let me know what you think.

Also, for those of you who are not meat eaters, the same practice can be used to make pulled jackfruit buns, curry buns ... I even made spaghetti buns! The whole idea is to make a delicious and portable treat for lunches on the go!

Instructions - only for the stuffed bun portion