Reasons Why You Should Buy Organic Foods

Organic produce tends to be more expensive. What are the reasons for getting organic produce? Are they worth it?

Yes, buying organic produce is worth it. It is the premise of this article that the food that we consume should be of the highest quality possible. Organic versions are indeed higher quality. They are more healthful than non-organics in two ways. They do not contain the harmful pesticide residues. And they contain more phytonutrients and vitamins.

Furthermore, by buying organic produce, you put pressure on farmers to cultivate organic farming which is good for the environment and good for the health of the farmers themselves. Farmers in non-organic farms can be exposed to dangerous levels of chemicals and pesticides.

Many non-organic produce contain various pesticides residue that can be carcinogens, hormone disruptors, neurotoxins, or developmental toxins. Just as an example, there have been 64 different types of pesticide residues detected in celery (according to WhatsOnMyFood.org). These pesticides have names like chlorantraniliprole, spinosad, methoxyfenozide, and so on. The first two are found on celery nearly all the time and the third on is found on celery half the time. No doubt, you have to be a chemist to know what these chemicals are and how they affect the body.

One out of three non-organic food that we eat contains traces of pesticides. You may say that you will wash the pesticides off before eating them. But unfortunately, pesticides are designed to stick to the produce so that they do not get washed away in rain. Tests have shown that when washing with water, 50% to 95% of the pesticides still remains in produce such as apples, brocolli, and potatoes.[reference: The New Optimum Nutrition Bible - page 34 - 35]

Analysis of the federal testing data by the Environmental Working Group[3] found that peaches and apples have the most pesticide residues.

Nearly 97% of peaches contain pesticide residue. And nearly 87% of them have more than one type of pesticides found on them. Apples did not do any better. 92% of apples tested positive for pesticides. And 79% have two or more pesticides. Multiple pesticides together can have a synergistic effect that amplifies the hazard.

In fact, the book Eating on the Wild Side writes that ...

"Conventionally grown apples have more pesticide residues than any other crop." [page 237]

Sustained environmental toxins like pesticides put a huge oxidative stress on the brain. When the load is more than the brain can bear, it leads to neurological disorders such as Parkinson's disease. Pesticide exposures have been linked to Parkinson's Disease. And farmers have higher rates of Parkinson's.

In the Environmental Working Group press release, it writes ...

"There is growing scientific consensus that small doses of pesticides can adversely affect people, especially during vulnerable periods of fetal development and childhood when exposures can have long lasting effects."[3]

The widely used weed killer Roundup in farms and home contains glyphosate which is an hormone disruptor that has been linked to weakened immune function and learning disabilities. Glyphosate has been streams, air, and rain.[4]

In some fruits and vegetables, even if you are not eating the skin, it may still be worthwhile to purchase them as organic. Because non-organic fruits and vegetables can still be chemically fertilized whereby the food can pull up the chemicals from the soil. So "organic strawberries" are better than just "pesticide free". Organic strawberries means the soil is free of chemicals as well.

"Winter squash is a vegetable that might be especially important for us to purchase organic. ... PAHs are among the contaminants that can be effectively pulled up out of the soil by winter squash plants."

When a food is certified as organic, its soil would likely contain less contaminants.

How Much Is Too Much?

But are the small levels of pesticide harmful? It really depends on the individual, their genetics, their other environmental toxin load, and their particular body's ability to detox. Our body is able to detox and excrete small amounts of pesticides when consumed in low frequency. However, many believe that consistent long-term consumption does have a negative effect on health. And since we do not know the extent in which our individual body is able to detox and we do not know what other toxic load our body is under, going with organic is just another way to reduce the toxic load on our bodies.

It is especially important for children to eat organic since they are still in their developmental stages. New York Times reports on a study indicating that children who ate predominately organic foods had one-sixth the level of pesticide byproducts in their urine.

Not everyone has access to organic foods. If that is the case, then eating conventionally grown vegetables is still better than not eating vegetables at all.

Are Organic Higher in Phytonutrients?

Some people peal and discard the skin of apples to avoid pesticides. Although you do get rid of some of the pesticide, you also discard many of the apple's vitamins and phytonutrients. A better solution is to get organic apples and eat their skin.

Article by Dr. Mark Hyman mentions that organic plants have greater abundance of anti-inflammatory and antioxidant and detoxifying phytonutrients.

"Organic foods generally have higher nutrient levels because farmers who use organic methods add more nutrients to the soil, knowing that healthy plants can better fend off pests and that the nutrients end up in the crops. Organic plants create higher levels of antixoxidants and protective polyphenols."

"Many pesticides are fat-soluble, which means they are stored in a plant’s fatty acids. Whenever possible, purchase organic oils."

Although other reports find no nutritional difference between organic and non-organic food. Nevertheless, even if the nutritional quality is the same. The main purpose for getting organic is to reduce consumption of pesticides and chemicals.

The Environmental Working Group also has an 2012 list of the cleanest 15 foods that are lowest in pesticide.[1] If you are on a budget and can not get everything organic, then here is the list where you can go with conventionally grown version without much sacrifice on health.

Not surprisingly, these tends to be the foods with thick skins or skins that you do not eat. For example, avocadoes, cantaloupe, pineapples, mangoes, and watermelon have skins that you discard.

Dirty Dozen Foods That You Should Get Organic

For those foods that contain the highest amount of pesticides and chemicals, you want to get them as organic. But which foods are those? Not surprisingly, they are typically the foods where the skin is thin and where the skins are eaten.

Different sources will list different foods that you should most get as organic -- and they change from year to year. If budget allows, go organic for all the foods listed in all lists to be safe.

However, for the biggest benefit, it is worthwhile to at least get organic the 12 foods listed as the "Dirty Dozen" by the Environmental Working Group[1]. These 12 foods as listed in their 2012 list (in no particular order) are ...

In addition to these, they also say that green beans and kale/greens may contain pesticide residue of special concern.

In another list of foods to get organic, EatingWell.com says to get the following as organic: apples, celery, strawberries, peaches, spinach, nectarines, grapes, sweet bell peppers, potatoes, blueberries, lettuce, and kale. 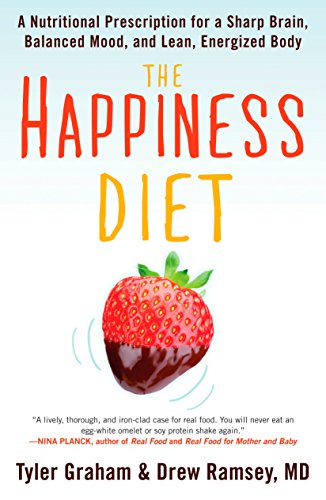 Eat the Skin if it is Organic, But Not When its Not

Because a lot of the nutrients are found in the skins of fruits and vegetables, it helps to consume the skin but only if it is organic.

This is especially true of potatoes where the skin is buried in the dirt. Read also this blog post which says that non-organic potatoes pick up chemicals from the soil that have been sprayed with fungicides and herbicides. After harvest, potatoes are then sprayed with sprout inhibitors to prevent them from sprouting.

In the book The Happiness Diet, it writes ...

"Most nutrients are found in and just below the skin, and that's why you should consider buying organic -- potatoes are amount the top twelve foods most likely to contain pesticide residue (which accumulates in their skins)." [page 136]

The book Eating on the Wild Side writes ...

Scrubbing removes 25% of these chemicals. And peeling the skin, removes up to 70% of these harmful chemicals.

What does Organic Actually Mean?

The book also further writes that ...

"When you buy organic, you're choosing foods made without chemical fertilizers, pesticides, growth hormones and antibiotics, and GMOs. They also weren't irradiated." [page 148]

Although we have been talking about organic produce and most people intuitively know it to mean "without pesticides", the United States Department of Agriculture's website defines it as ...

"Organic food is produced by farmers who emphasize the use of renewable resources and the conservation of soil and water to enhance environmental quality for future generations. Organic meat, poultry, eggs, and dairy products come from animals that are given no antibiotics or growth hormones. Organic food is produced without using most conventional pesticides; fertilizers made with synthetic ingredients or sewage sludge; bioengineering; or ionizing radiation."

Before a food is approved as organic, it must be certified with an inspector visiting the farm. The USDA Organics seal indicates that the food follows the USDA organic practices. For multi-ingredient products, the seal means that 95% of the content is organic.

What does "organic" mean?

Organic.org has a nice explanation...

"Simply stated, organic produce and other ingredients are grown without the use of pesticides, synthetic fertilizers, sewage sludge, genetically modified organisms, or ionizing radiation. Animals that produce meat, poultry, eggs, and dairy products do not take antibiotics or growth hormones. "

"Almost 9 in 10 broiler chickens in the United States had been fed arsenic, according to a 2011 industry estimate."

This is because arsenic is in some chicken feeds and some hog feeds too help reduce infection, makes chickens grow faster, and gives flesh a more appealing shade of pink. It is unclear if the arsenic remains in the chicken or is of any detriment at the levels used.

But if you do not want to eat chickens that have been feed arsenic, then you should buy organic chicken. The organic label prohibits the use of arsenic-laden chicken feeds.[5]

GMO's are genetically modified organism. It long-term effect on humans and the environment is unknown since it has not be well tested.

If you use soy sauce, it is most likely made from genetically modified soy beans. If you rather not have that, get organic soy sauce which use non-GMO soybeans. I prefer to get gluten-free organic tamari (high quality soy sauce are often called "tamari".

See below video about how non-GMO diets improve digestive symptoms.

Prevention.com has article listing 7 Foods That Should Never Cross Your Lips. They are ...

Dr. Frank Lipman has a good tip on his site showing how to tell if a produce is organic or not just from its food sticker.

The latter is the one you want to buy.

This article was written June 2012 and information may only be accurate at the time of writing.