It goes without saying that everybody needs food. And when you hit the sheets with your significant other or a new flame, showing off your natural shape, is one thing. Having a healthy sex drive is another.

Linked to feeling physically and emotionally health it’s no surprise that food can play a role in helping you get your groove on.

So, if you’ve hit a slump in the bedroom, it may be time to take a closer look at your diet. There are foods packed with nutrients that can perk up your libido and improve your overall health, to boot.

The trouble with browning

For those who aren't familiar with this dish, the name ‘brown stewed chicken’ quite aptly derives from its ‘distinctive dark hue’, the deep coffee colored gravy that’s created in the dutchpot, from browning the chicken with brown sugar - a la browning in oil.

Most of us may never heard that oil may be harmful to health. because we have consumed it nearly every day of our lives, it can be hard to fathom cooking without it SO put on my records only to find that food expert up[dates suggest that 'whether its 'browned' in olive oil, canola, corn, flax or any other kind of oil', as a category it seems Oil has some major negatives going on substances that our body, given the choice, would say “No thank you” to.

What with my significant other watching his waistline, coming up with (a little help from the net) a leaner version of Caribbean Brown Stew Chicken that everybody will love.

A Quiet(ish) word about poultry preparation

It all begins with preparation.

Cleaning the chicken the old-fashioned way, neutralising it using the lemon or lime and vinegar is not a new tradition. (read more..on Chef Levy Roots page.com)

So, whether whole, just legs, thighs or wings, before seasoning and marinating, you would give the Chicken a good scrubbing. (using limes, lemons, vinegar, salt and water - it helps to remove any unwanted slimy or fatty tissues left)

Then, a final rinse and pat dry before advancing to the seasoning stage.. 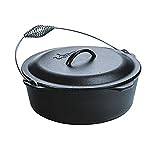 About The Dutch Pot

Geting out my one pot - a Sun Pot, or as some call it the Dutch Pot.

Its an (old) cast iron pot with a lid. It seals the seasoned food whilst cooking and is a must in any West Indian home, at home and abroad.

As long as its clean its ready to use. Let;s get started then....

3lb of chicken thighs, washed and cleaned as instructed in the post.

A small sized piece of ginger

It Doesn't Take Too Long

Place all of the ingredients for the marinade into a large bowl with the chicken thighs and rub the entire chicken with the marinade (can be stored in refrigerator overnight).

Remove chicken from refrigerator. Scrape off excess marinade, (restore in fridge for later).

Place the chicken in a roasting pan, in the oven and roast for 20-25 minutes until brown, turning over half way through.

The chicken doesn’t take too long to brown in the oven, though it will take longer than frying, but roasting is an oil free method to that yields the same results – and is healthier right!

Remove from oven when browned and set aside.

Meanwhile, oil your Sun Pot with the olive oil on medium heat and add the onions.

Sauté onions for 1-2 minutes until translucent.

By now the aroma in the kitchen should be almost as if your in the Caribbean.. Stir and mix the lot, ready for the next stage.

ADD the CHICKEN with some of the marinade stored in the refrigerator to the Pot..

Finally, pour in the two water (2 cups) and stir.

Once the chicken has been added to the pot with the peppers and spice (the bell peppers will lend a colour and the ginger will add warmth, whilst the allspice adds a hint of tropical and the hot pepper sauce provides added heat). reduce heat, cover and allow to simmer for 30 minutes.

The water levels will gradually reduce by half and the slow simmer will create a deep enriched brown gravy, preferably coffee coloured and thickened. Remove from heat and voila. More love a Brown Stew Chicken ready to serve with rice & peas or simply white rice on your best plates!

Now, where's my significant other when he's at home?

Rest of The Playlist