Scottish Whisky Cocktails with a wee dram of liquid gold

Whisky is Scotlands 'liquid gold' and below is a selection of cocktail recipes with whisky to really inspire you to consider a visit to the country with it's many famous distilleries.

Throughout the Scottish coctail recipes will be suggestions on which scotch whisky to use for the recipe however if you're feeling a little unadventurous a more subtle tasting blended whisky can be used.

Many Scottish Cocktails are inspired by history and Scottish Heritage so please pour yourself a wee dram of whisky, take a seat, and enjoy a selection of recipes for whisky cocktails with a dash of Scottish history for added cultural effect.

Which Tullibardine Whisky would you choose for a cocktail?

How to make a Rob Roy Whisky Cocktail

Rob Roy (full name Robert Roy MacGregor) was an 18th century Scottish outlaw who has often been referred to as 'The Scottish Robin Hood' due to his support of the needy. His early life saw him as part of the infamous Jacobite rising in support of King James at the time of being deposed by William of Orange.

In later life he became an outlaw after a period as a cattleman which came to an end after his borrowing of a significant sum of money to increase his herd coincided with the disappearance of his chief herder who he had left in a position responsible for the money. His land and herd were seized by the 1st Duke of Montrose who Rob Roy waged a bitter feud against.

The Rob Roy Whisky Cocktail originates in the United States and was created in 1894 by a bartender at the Waldorf Hotel, New Year in celebration of the operetta Rob Roy which was loosely based on the life of the famous Scottish outlaw.

Serve your Rob Roy Cocktail in a steep Martini Glass 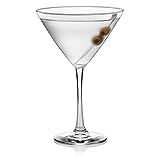 1 Measure of martini or vermouth

a couple of dashes of Angostura Bitters

Serve in a martini glass with some orange peel as garnish

Which Whisky for a Rob Roy Cocktail?

Preferably choose a Highland Whisky to honour Rob Roy's Scottish Highland and Jacobite heritage. Great Highland Whisky's to make a Rob Roy Cocktail are Glenmorangie, Glen Garioch, Oban or you could choose a Ben Nevis Distillery whisky. Fort William, the closest town to Ben Nevis was built up as a port as part of the Jacobite rising.

The Flying Scotsman is a railways train which has effectively been running since 1862 connecting London and the Scottish Capital Edinburgh.

How to make a Flying Scotsman

A few dashes of Angosturra Bitters

Why use Johnie Walker Whisky for a Flying Scotsman?

Johnie Walker Whisky is a renowned brand the world over. It is a blended Scotch Whisky from a number of different malts to create a smooth, warm taste when combined with the sugar syrup.

A dash of Lemon Juice

Mix it all together in a cocktail shaker and serve in a cosmopolitan glass for a sophisticated Scottish cocktail. Or add an extra few shots of Orange juice and serve as a summer daytime drink in a highball glass over crushed ice.

Who is Auld Nick?

Auld Nick is the informal Scottish term for the devil or satan. Maybe a few Scots have seen Auld Nick after a few of these cocktails.

Serve a Tom Collins in a Hiball Glass 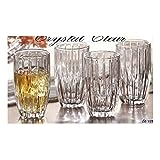 Traditionally a Tom Collins is served with gin but a Scotch and Soda with lemon juice can create a fantastic simple yet delicious scotch whisky cocktail in a tall hiball glass. Add as much soda water as you wish for a lazy hot summer cocktail or strong sophisticated evening drink.

Could you handle a Rusty Nail cocktail?

2 shots scotch whisky. Consider choosing a Speyside Whisky such as Aberlour or Balvennie for a fantastic Rusty Nail.

A very sweet scottish cocktail due to the amount of drambuie which provides honeyed tones to contrast with the bite of the scotch whisky. Best served in a traditional wide bottomed glass over ice to cool the palette.

The Canadian version of a Rusty Nail Cocktail is a 'Donald Sutherland' and substitutes Canadian Rye Whisky for the usual Scotch Whisky. 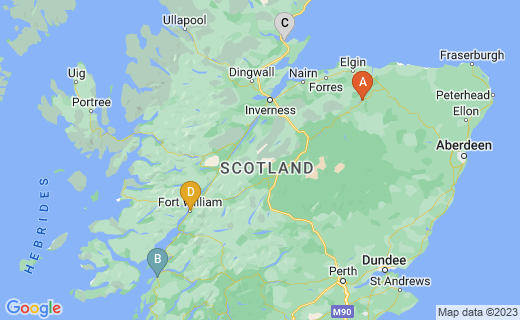 Home of the Aberlour Distillery