Is Salt Healthy For You? How Much Salt You Should Include in Your Food?

Apart from cooking, food, health, magazines are my obsessions. I read a lot. I share my knowledge through my articles.

Salt is a white crystalline substance that is used for seasoning or preserving food. Wikipedia defines common salt as a mineral compound, primarily consisting of Sodium chloride (NaCl), a chemical compound.

Sea salt, in its natural form, has a small number of trace elements which is considered good for plant and animal health. Sea salt is considered the best.

Functions of Salt in Our Body

Importance of Adding Salt in Our Foods

Salt gives an amazing taste. It is used in many cuisines around the world. A Polish proverb says, "Without salt the feast is spoiled." A quote from Nelson Mandela refers to salt. He says, "Let there be work, bread, water, and salt for all."

Adding salt in a moderate quantity to your diet has numerous health benefits. It plays an important role in bodily functioning like water retention, muscle contraction. It is vital for the working of the stomach.

Salt is present in a small amount in naturally occurring foodstuffs such as plants, fruits, and vegetables.

Earlier, adding salt was the main method of preservation. Adding an adequate quantity of salt enhances the taste of food, making it enjoyable. It makes us easily satisfied with a less quantity of food rather than eating a large quantity of salt-free food. Thus, it controls the amount of food intake.

Normally, processed salt is good for health. However, unrefined salt is the best as it contains a small number of trace minerals and is free of additives. Himalayan salt and Celtic salt are two such varieties.

The idea behind this is, eating salty snacks induces thirst, and people crave to drink more. Great business tactics!

Consequenses of Lack of Salt

Sodium deficiency is the underlying health condition. Lack of salt in the body induces dehydration which may lead to shock, lowering blood pressure.

Lack of salt may disturb the tissue water and acid-base level which is important for nutrition.

Diets high in sodium can lead to more water retention and hypertension. The maximum amount of salt one should intake from all sources should be around 2400-3000 mg or 1 tsp per day. We should also note here that processed foods, potato wafers, salty snacks, processed meat, and canned foods contain excess salt, consuming of which is bad for health. One should cut down on eating these foods.

Eating Salt in Moderate Quantity is the Best !

According to British Heart Foundation, you are not recommended to eat more salt if you have hypertension or kidney disease. If you have a thyroid problem, the salt intake will have some beneficial effects. Even by adding less salt, you can get a delicious taste by including herbs, spices, seasonings, garlic, onion, and ginger in your cooking.

Though the total quantity of salt one may consume in a day is around 6-8 gms, you should consider the salt intake through natural foods like fruits and vegetables, packed foods, processed foods, etc while calculating the total intake. Developing a taste for the recommended quantity of salt is the key to good health. 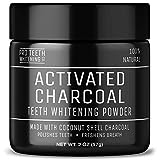 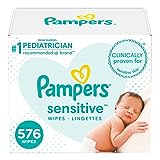