Jill is an avid reader and writer who recently celebrated seven years on HubPages.

Making your own pickles is surprisingly easy.

When they're cool, place the jars in the fridge, and enjoy homemade pickles (without artificial additives and preservatives) for up to two months or more.

Prep time will vary depending upon cleaning method

Cleaning the cucumbers well is extremely important. Cucumbers, as well as other fruits and vegetables, are likely to be covered in pesticides and other chemicals no one should eat. (See the Environmental Working Groups "Dirty Dozen.")

Even if your cucumbers are organic, they are likely to have bacteria, parasites, insect eggs and droppings, and other contaminants on them. 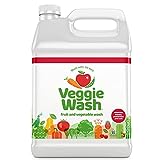 If you use a store-bought vegetable wash, such as Veggie Wash or Rebel Green's Fruit & Veggie clean, follow the directions on the label.

You can also detoxify the cucumbers with Clorox (sodium hypochlorite) using a method created by Dr. Hazel Parcells.

Fill your sink with a gallon of water, add one teaspoon of Clorox, and then soak the cucumbers in the mixture for 30 minutes. This will effectively remove parasites, bacteria, pesticides, etc. from the cucumbers.

A 30-minute Clorox bath also works well for other thick-skinned vegetables and fruits, like potatoes and apples. For thin-skinned produce, reduce the soaking time to 15 minutes.

While the cucumbers are soaking, clean the canning jars and lids as well as the funnel you'll use when pouring the pickling solution into the jars.

Run the lot through the dishwasher or boil them in water for 10 minutes to sterilize them. The latter is per the recommendation of the National Center for Home Food Preservation.

Although sterilizing is not strictly necessary as the pickles will be refrigerated rather than preserved, I do it anyway, and it seems to extend the refrigerator life of our pickles.

If the cucumbers are very small, you may leave them whole, merely trimming the ends.

However, for a more intense dill flavor, slice or quarter the cucumbers.

Cutting the cucumbers into smaller pieces allows them to soak up more of the pickling solution for a stronger "pickle" taste.

At its most basic, the pickling solution consists of four ingredients:

You can experiment with this, adjusting the vinegar to water ratio if you like. In general, the more vinegar, the crisper and more tangy the pickle.

To the vinegar solution, add your favorite spices and bring the mixture to a boil before pouring over the sliced cucumbers.

A Few Spice Mixtures to Try

It's fun to experiment with different spice mixtures. Here are a few of my favorites.

Add whole cloves of garlic to the sliced cucumbers before pouring the spicy pickling solution into the jars. If the garlic cloves are young, they may turn green or blue. This does not make them inedible; it's just a chemical reaction due to the high level of alliinase in them.

Add 1 Tbsp. peppercorns and 2 tsp. fennel seeds and 1 tsp. whole cloves to the pickling solution. If that too licorice-y for you, reduce the amount of fennel to 1 tsp. and add 1 tsp. of dill seed.

There are three teaspoons in a tablespoon.