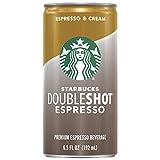 The new line of Starbucks Petites originally consisted of 8 mini cakes, cupcakes, squares,and pops which ranged from 120 to 200 calories each. Some of the Petites are familiar- the Birthday Cake pop is merely a smaller version of the Starbucks birthday cake mini donut, but there were also new flavors such as Red Velvet Whoopie Pie and Salted Caramel Squares.