Saving Guacamole: Making the Most of Bulk Purchases

I have a secret passion.  It is soft, bold, and green.  Who -- or rather, what -- is this object of my mystery affair?  Guacamole.

One of my favorite cuisine types is Mexican, and if I’m eating Mexican, it absolutely must be topped with a dollop of guacamole.  Although I occasionally make guacamole, I prefer to purchase it, and always go for Wholly Guacamole if it’s available.  This brand contains only avocado and sometimes, depending on the variety, spices.

Unfortunately, buying guacamole -- Wholly Guacamole, or just about any other brand -- can be pricey.  The current lean economic climate does not lend itself to high ticket item purchases.  So you can imagine my delight when I found that the Missoula Costco currently stocks Wholly Guacamole at bulk prices.  I couldn’t let this great deal go to waste, and was able to buy three times the amount of Wholly Guacamole at substantially less than grocery store prices.

Fast forward a week.  After immediately cracking open one of the three individually sealed packs of the Costco guacamole purchase, I discovered that buying guac in bulk had its drawbacks -- chiefly, that guacamole does not keep well.  The opened and resealed guacamole browned with alarming speed, and its taste degenerated almost as quickly.  In order to make a bulk purchase of Wholly Guacamole worth it, I had to either devour the guacamole at lightning speed or figure out another solution.

I decided to stick one of the remaining two guacamole packs in the freezer.  After all, the package’s label did say that the stuff is easily freeze-able.  However, when I later went to use some of the frozen guacamole, I found it difficult to chisel off a useable chunk.

Still, I was not ready to give up on freezing the guacamole.  I had a final pack left from the bulk purchase, and I was determined to solve this conundrum.  Later, when I was restocking the freezer’s store of ice cubes, an idea hit me -- why not use the ice cube trays to help save the guacamole?

Excited at this possible breakthrough, I carefully filled several ice cube trays with the contents of the last pack of Wholly Guacamole.  When the guacamole had been portioned out entirely, I slid the trays into the freezer and left them to set.  The next day, I removed the trays and, without too much difficulty, was able to pop the frozen chunks of guacamole out and store them in a Ziplock freezer bag.  I later found that it was very easy to use just the right amount of stored guacamole, and it defrosted nicely either in the microwave or when set on the kitchen counter in a small bowl for a few hours.

I continue to confidently purchase Wholly Guacamole in bulk from the Missoula Costco.  A single three-pack can last me for months, thanks to my ice cube tray method.  I use it in salads, burritos, on top of nachos, and even spread over homemade pizza, and I never have to worry that a single lick of wonderful guacamole is going to waste. 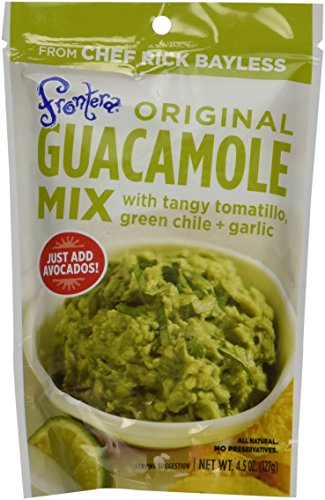 Originally published on the Missoula Healthy Food Examiner. All writing and photographs copyright of Beth Morey, 2010. Reproduction/reprinting is prohibited, although linking to this hub as an information source is permitted.

Leave a thought -- I love to read your comments!