The Truth About Tea, Coffee And Chocolate

It's entirely up to you whether you choose to drink tea or coffee and eat chocolate but there are probably a few things you may want to know and possibly consider about our some of our most beloved delicacies.

For example, the fact that if you buy and eat chocolate you might actually be supporting the slave trade in the form of forced labour child labour. Additionally, if you are a tea drinker, you might be consuming toxic pesticides or even worse, chemicals that have been extracted from the glands of a beaver's anus... sort of.

And that's not all.

According to a U.S. government study that was conducted by Tulane University in 2011, over 1.8 million West African children are being used in the cultivation of cocoa.

Also in 2011, the BBC aired their concerns over child labour in the production of chocolate when Humphrey Hawksley claimed it was commonplace to see "children carrying machetes or pesticide equipment".

Hawksley also claimed that it was just as commonplace to see children with scars on their legs from the machetes with no form of protective clothing and with no access whatsoever to any kind of first aid.

The cultivation of chocolate from cocoa can be quite hazardous and involves the mixing of chemicals and the use of pesticides, heavy loads of wet beans must be transported long distances often resulting in hernias amongst other physical injuries, with this skill set being considered standard for 15 to 17 year olds. Quite obviously, such work is much more hazardous to younger children.

The director of the Save the Children Fund reported seeing:

"young children carrying 6 kilograms (13 lb) of cocoa sacks so heavy that they have wounds all over their shoulders."

In 2002, the International Institute of Tropical Agriculture claimed they had found 284,000 children working in hazardous conditions in West Africa. 64% of the children were under 14-years of age and 40% of them were female. The children worked 12-hour days, started at 6am and were given regular beatings.

In 2001, chocolate manufacturers promised to start eliminating forced child labour in reponse to pressure applied by US Congress and potential boycotts in both the UK and US.

Ferrero and Mars have both promised to end cocoa slavery by the year 2020.

They don't have long to go.

In 2011 a report entitled "List of Goods Produced by Child Labor or Forced Labor" was released by the US Department of Labor’s Bureau of International Labor Affairs (ILAB).

The report showed that 130 products, produced by 71 different countries, are manufactured by child labour or forced labour.

The report lists both coffee and sugarcane as agricultural products which are produced by children.

According to the report, such activity is most prevalent in Colombia and Guatemala - the world's two biggest exporters of coffee.

It was also noted that coffee for Ivory Roast, who produce a large amount of Robusta coffee, has also been produced by child labour and forced labour.

Coffee growers earn less than 1% of the cost that consumers pay for a capaccino and about 6% of the amount paid for coffee at supermarkets.

According to Global Exchange, workers have no choice but to bring their children to work with them, in order to ensure they meet their quota, and plantation workers must pick a hundred pounds of coffee before they are entitled to the minimum wage of just $3 per day. 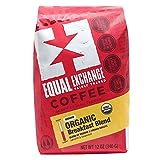 In relation to tea production on the other hand, according to a study conducted by EuroFins, 91% of the teas which are manufactured and produced by Celestial Seasonings were found to contain levels of pesticides higher than legally allowable by US law.

It has also been discovered that other brands of tea, such as Tetley, Twinings, Lipton, Tazo and Mighty Leaf also contained high levels of pesticides.

Despite the fact that tea is heavily promoted for containing anti-oxidants and helping to protect against cancer-causing agents, it's evident that many teas are laced with carcinogens from the pesticides that have been used.

Perhaps also something to be concerned about is the fact that some teas may include additives such as Carmine (also known as Natural Red 4) which can be labelled as a "natural" flavouring.

However, despite being labelled as being "natural" and commonly being used as red food colouring, Carmine is made from crushed up cochina beetles!

Perhaps even more worrying again is the fact that some teas may contain Castoreum, a chemical which is extracted from glands located near a beaver's anus!

So, next time you sit down to help yourself to a fresh cup of tea or coffee or you buy a bar of chocolate from the shop, just remind yourself that you may be helping to support the slave trade or you could be consuming squashed beetles and maybe even drinking beaver's glands extracts!