The cupcake is dying a slow death...long live the pie! And not just any pie, but the Whoopie Pie. What in the world is a Whoopie Pie and why should we eat something with such a ridiculous name? I can think of several ways situations when the word "whoopie" is used and none of them have the slightest bit to do with a pie! There's makin' whoopie, (if you don't know what this is, look it up), there's whoopie-do, (I think that's the Archie Bunker version of "What-evah"), there's shouting "Whoopie" when something great happens like your tax return is in the mailbox. Why would what basically amounts to a big fat stuffed cake be called a Whoopie Pie? 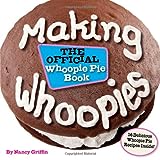 The History Of Whoopie Pies

According to some historians, (the ones from Pennsylvania!) Whoopie Pies were so-named, because way back when, the Pennsylvanian Amish women would bake a treat called "hucklebucks". The name has definitely evolved over time and not in a good way, since it's gone from describing a dessert, to a name for someone who is like a hillbilly to being a Chubby Checker dance and then, strangely enough, in the Urban Dictionary, having a "making whoopie" type connotation, only alot more graphic. (And if you don't know what "making whoopie" means, see the previous paragraph!) Evidently, these hucklebucks were such coveted treats that when the women put them in their husbands' and children's lunch buckets, they yelled, "Whoopie!" So the name stuck and they became Whoopie Pies.

What's In A Whoopie Pie?

According to some, Whoopie Pies are not very healthy. Could that be because the real recipe for them from the Amish recipe uses a whole cup of shortening...that's lard, folks, and two cups of sugar...and that' s just in the cake part. The frosting sandwiched between the two hamburger-bun shaped cakes has FOUR cups of confectioner's sugar and another cup and a half of shortening. Think Oreo Cakesters on steroids. Truly, the most heavenly heart-attack-on-a-plate you've ever eaten! But you know, it IS comfort food, so there's something to be said for comfort.

How To Make Whoopie Pies

Maine vs. Pennsylvania: The Whoopie Battle

A Civil War of sorts has erupted between Maine and Pennylvania over the delicious little cakes, both claiming that Whoopie Pies originated in their states. Of course, the Pennsylvania story seems to have the most credibility since the people of Maine can only trace their Whoopie Pie making back to 1925. However, the state of Maine felt so strongly about their pies that they passed legislation designating the Whoopie Pie as their official state treat. Evidently, it was a slow day in the legislature. Believe it or not, the bill was met with opposition since one-third of Maine children are obese and one of the legislators felt that Whoopie Pies weren't very healthy. Fun spoiler! 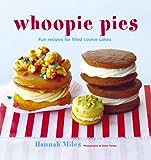 Massachusetts Enters The Battle Of The Whoopie

The last contender in the Whoopie Pie battle is the state of Massachusetts who claims that the pies were actually made in a bakery called Labadie's in the 1920's. Another bakery, Berwick's, also is said to have originated the pies. Again, no substantiated proof on this one, either, but the Berwick's story is more fun, so maybe we should go with that one. Evidently, Berwick's was making the pies, but they were not doing well, so during the 1928 play, "Makin' Whoopee", they were thrown out to the crowd during a curtain call, the audience caught them, (presumably in their mouths), and the rest is Whoopie history.

So who cares where Whoopie Pies come from? Whether it's Maine or Pennsylvania or Massachusetts, Whoopie Pies are delicious. Besides having whole festivals devoted to them, they're now being seen in all the trendiest of bakeries, even the Magnolia Bakery in Manhattan that elevated cupcakes to cult status. And you have to admit, they're delicious. Some people are actually experimenting with the ingredients to make them...gasp...healthier, but a true Whoopie Pie lover knows that's a sacrilege. Besides, it's everything in moderation, right? So have a Whoopie Pie today!