Family of the: Arecaceae

Common name of the plant: Coconut

Scientific name of the plant: CocosNucifera

Where does the coconut tree usually grow: The coconut tree is used to growing in the tropics, commonly at shore and at a beach. Countries that fulfill these specifications are the countries located in the Caribbean and all along the shore of central and South America.

The seed/fruit in this case the coconut can be about as large as a human headand weighs a little over 3 pounds and it has three layers.This does not mean that all coconuts are as large as your head as you might’ve realized some people have heads smaller and bigger than yours. In other words, coconut sizes will vary from genus to genus The leaves resemble the leaves of the fern tree despite the fact the reproduction method is completely different. The leaves then sprout at the top of the tree, since the trunk of this tree is its only branch per say.

The exocarpalso known as the exterior husk of the coconut closely followed by the mesocarp which is the interior husk. The mesocarp is usually what is sold in supermarkets. The endocarp would be the fleshy region of the coconut and it is also the part that can be consumed by humans.

Inside the endocarp depending on the ripeness of the coconut you will find “water” or a liquid that looks like water. This coconut water has been found to be refreshing and it is also sold as a beverage. The coconut tree’s flowers are both male and female and they flower continuously. The roots of the tree branch from its stem and are somewhat thin in comparison to other plant’s roots. The whole plant can be used making it a very sought out plant.

When the coconut’s fleshiseaten it provides the consumer with carbohydrates, vitamins and minerals, which include a healthy amount of magnesium and iron. It is also used to rehydrate as a replacement for water or Gatorade. The coconut flesh is used to make coconut milk and oil, which can be used for cooking, and to treat medical ailments. Coconut oil has a great variety of uses including:

-Healing the skin and preventing infections

- Used by guitar players to lubricate their strings

-give shine to your hair

- It stabilizes sugar and insulin levels in the body

Those are some of the few applications of coconut oil but some of the best. The coconut oil can be used for frying; its flesh can be used for the creation of many desserts as well as its milk. Coconut milk or coconut extract is obtained after processing the coconut’s flesh leaving as products what could be considered coconut shavings and coconut milk but never mind the technicalities. The water as mentioned can be turned into a refreshing beverage. The coconut tree is also used to decorate areas and to offer shade.

To begin with the whole tree is used. The first simple use given to the tree itself is wood as a building material. The coconut tree’s wood is resistant to salt and it also considered hardwood, making it extremely useful for construction. The roots are used to make medicine and dye. The leaves can be used to make carbon and to make temporal rooftops for sheds. The leaves can also be used as arrows as the infographic informs.

The coconuts leaves are used to make nectar and if fermented it can become palm wine. The flesh has the largest amount of uses since due to the amusing and hilarious muse of a man I know that says; “hunger is the mother of all sciences”. And it is! Coconut flesh in the Dominican Republic is used to make an array of sweets and in other parts of the world to make beverages alcoholic and not. The coconut has hundreds upon hundreds of uses. We will be adding recipies, other uses and ways you can incorporate coconut into your life. The husk is used to create a straw of sorts that is used to fill mattresses, make hats and other useful tools.

Uses of Coconut: Recipe One

I don't know how everyone makes their Rice Pudding but this is the way we prepare it, and it is so delicious that it will be impossible to stop eating it.

Coconut is great for cooking. Have you ever had regular rice with coconut? It tastes delicious and it is healthier than any other way you can cook rice because of the nut's properties. Here are two ways to do it - milk or oil - whatever way is easier for you. Enjoy!

Peel the garlic and smash it with the salt. Place a pot to cook medium heat with the vegetable oil. Add the coconut milk and the water and leave it until it boils. Add the rice and steer a few times so no grumps form. Lower the flame and cover the rice until liquids reduce. That will take around 8 minutes to happen. Now it's time to lower the flame to the minimum, make sure the lead covers the pot well and let it cook for 25 minutes.

Peel the garlic and smash it with the salt. Place a pot to cook medium heat with the coconut oil. Add the water and leave it until it boils. Add the rice and steer a few times so no grumps form. Lower the flame and cover the rice until liquids reduce. That will take around 8 minutes to happen. Now it's time to lower the flame to the minimum, make sure the lead covers the pot well and let it cook for 25 minutes.

Depending on your taste, you can make your cocktail based on alcohol or based on the coconut water.

To make it alcohol based, put some pieces of ice in a glass and add the amount of your favorite alcohol: rum, whisky... Put the 2 portions of the alcohol into the glass and 1 portion of coconut water. You can also add some drops of lemon, a pinch of salt and 1/2 a spoon of sugar.

To make it coconut water based, put some ice in a glass, and add the amount of your favorite alcohol, rum, whisky... Put the 1 portion of the alcohol into the glass and 2 portions of coconut water. You can also add some drops of lemon, a pinch of salt and 1/2 a spoon of sugar.

This is a refreshing and seasonal drink that will make your summer much more enjoyable.

If you want a refreshing beverage with no alcohol, you can do it with oranges or lemons. Put some mint leaves, sugar and a pinch of salt in it; add ice and you will have a very delicious summer drink for the whole family. It is Delicious, healthy and very refreshing.

5 stars from 1 rating of Coconut recipes

The shell can be used to create a Kalimba

The coconut can also be used to make a kalimba for those of you that are fans of the thumb piano. The shell can be used to create a Kalimba! There is not enough emphasis I can apply on the fact that you can make an instrument out of an otherwise useless shell.

Coconut can also be a fertilizer

Other uses of the coconut’s shell and husk include that of fertilizing orchids in your yard since the coconut husk chips can serve as a part of the organic compost you add to your soil. Being that the husk is more durable than certain barks it will keep your soil oxygenated aiding and giving your precious garden plants a healthier look due to the fact that some plants need space underground for their roots to suck in nutrients and other good stuffs.

Your orchids will be greateful!!!

The Properties of the Coconut Oil and Coconut Milk

Coconuts, they are big, they are full of water and full of white stuff. You might be sitting there and wondering, “What good can a coconut do me?” Well my friend, the coconut is a beneficial nut to have around. The liquids (apart from the water) you can extract from the coconut have amazing healing and revitalizing properties that are essential to you and your health. The coconut oil and the coconut milk are miracle workers for your whole body. You can use them to cook and make desserts.

They help the repair and rehydration of your skin and your hair. They also aid the absorption of nutrients vitamins and minerals in the stomach when ingested aiding you in achieving a healthier lifestyle and keeping your body in a better shape. All of these nutrients and fibers will aid your bowel movements and this will consequently bring about and increase in weight loss. Coconuts also provide you with natural fatty acids that you cannot find in other plants. They help you strengthen your teeth and having a better and faster bowel movement.

So now we have one question at hand that must not go without answering. What properties do the coconut milk and coconut oil have inside them that makes them so revitalizing and healthy for me? Well to begin the small journey through these coconut extracts we have the moisturizing properties. This property is given by the fatty acids and vitamins found inside the extracts and in the long run it helps bowel movements and it stabilizes glucose levels. This is thanks to its natural levels of glucose and its cleansing properties.

Use it on your hair as you take a shower or on your skin, use it when you cook your rice or even have an aromatherapy session with coconut scents. Doing these things will undoubtedly work wonders on your mood and on your health.

Where to find coconut 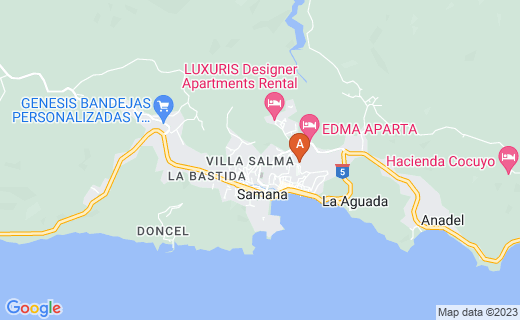 This is one of the coconut producers in the Caribbean

Do you know of any other coconut uses?