Do you know Bacon?

Think you're a bacon know-it-all? A bacon-aholic? Do you really know all about this yummy goodness? Put your money where your mouth is and prove it!

Take this quiz and then compare your results with your friends to see who is the most bacon knowledgeable! The one who knows the most about bacon gets some yummy, hot bacon! (well, when you go to the store and buy it then cook it up for yourself ;-)

Now Learn More About Those Answers

What Does BLT Stand For?

The letters in the name of the popular sandwich, The BLT, stand for what?

BLT stands for bacon, lettuce, and tomato and those ingredients make for a really awesome sandwich, one of my favorites. Whether you like it on bread or toast, the flavors of fresh tomato and lettuce mixing with the saltiness of the bacon make this a perfect sandwich for anytime. I really like my BLT toasted with some avocado.

How Long Has Bacon Been Made?

Making Bacon for Thousands of Years

How long has bacon been made?

Bacon has been made for thousands of years. In 1500 b.c.e. the Chinese cured pork bellies using salt. This preserved the meat and kept it good to eat long before refrigeration was invented. The Romans and Greeks made their own versions, and it became a popular way to preserve meat all through Europe. With modern refrigeration we may not need to preserve meat with salts, spices, and smoking any longer, but that bacon flavor keeps us making bacon.

When is National BLT month?

When is National BLT month?

April is National BLT month, but I think every month should be BLT month. There is no bad time to have a BLT. Whether it is in winter with a nice bowl of soup to dip your sandwich or in summer when it is too hot to cook anything complicated, BLTs make the perfect meal.

I think when fresh tomatoes are available and the weather starts getting warm, that's the very best time for a BLT but I'll eat them anytime.

What is NOT Sold in Bacon Flavor?

So Many Bacon Flavored Goodies

Which of the following is NOT sold in bacon flavor?

Dust everything with salty, meaty goodness. It's so easy to use and add extra flavor to whatever you are making. Add a dash to casseroles, steaks, vegetables. Anything that needs some bacon salt goodness. This bacon salt makes a great gift too!

Crunch Into Some Bacon Popcorn

Salty popcorn with the flavor of bacon? Sign me up! Sitting down for an action flick with a big bowl of bacon popcorn sounds like a great way to spend the evening. Let's watch some Die Hard with a Vengeance and eat handfuls of bacon-flavored popcorn.

Bacon-flavored lip balm? Who knew? It probably isn't all that good, but it would make a fun gag gift for those meat lovers in your group. Doesn't everyone want the taste of meat on their lips? 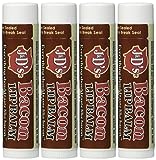 Bacon-flavored mayonnaise or baconnaise is a sweet and salty surprise addition to sandwiches, sauces, or anything you want to kick up a notch. Use it on BLTs, as a spread on bacon burgers, use it instead of regular mayonnaise for your aioli dipping sauce for brussels sprouts. I've even seen people like it as a pizza dipping sauce. Try it on everything for a bacon flavored surprised! 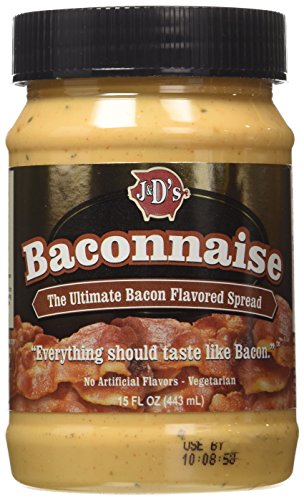 Why Was Bacon Originally Created?

Bacon was originally produced for what reason?

Bacon was originally created as a way to keep meat from spoiling.

Before the advent of refrigerators, meat would have to sit at room temperature until it was used up, and so people needed a way to keep it good and edible. They tried all sorts of versions of keeping meats packed in spices and salts. They smoked meats and often had a special place to hang meat that would keep it away from pests.

The fact that the way bacon is preserved makes it taste so much better is just a bonus.

Slicing Into Some Preserved Meat

How Is Bacon Often Served?

Bacon Is Served a Bunch of Different Ways

It's not uncommon to see bacon is served how?

Bacon and eggs for breakfast is a fine tradition, and who doesn't love a bacon cheeseburger? Draping slices of bacon over top of a meatloaf adds lots of flavor to the dish and is a very common way of serving it. Chocolate-covered bacon is a newer fad, but it's becoming more and more popular as people taste the perfect combination of salty and sweet. There's no bad way to have bacon.

Bacon and Eggs : A Happy Breakfast

Becoming more and more popular as people try it, chocolate-covered bacon sounds strange but is a surprisingly tasty combination of salty and sweet.

The most common version is pieces of bacon cooked, then dunked into chocolate and topped with a scattering of sea salt. Some people use chopped pistachios or almonds instead. Some county fairs serve the bacon with chocolate dipping sauce. Other people chop up pieces of cooked bacon and blend it with chocolate for cake frosting, muffins, or other recipes it's hard to imagine.

Bacon chocolate candy bars are becoming a hit as well, selling at specialty foods stores and starting to be stocked by grocery stores.

The combination of bacon with chocolate may seem odd, but when the right ratio of bacon to chocolate is met, it can be glorious. 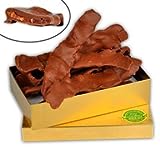 What is Bacon Related To?

Bacon is Similar to Other Pork Products

Bacon is closely related (but of course is much better) to what other items?

Bacon is very like ham, pork butt, and salt pork, but bacon is the most delicious. There's something about those thin cuts of pork fried crisp and tasty that makes it so much better than other pork products.

"Bringing home the bacon" is a common saying that means to earn money and keep your family supplied. It means being successful. There are several debates about the origin of this phrase.

Some people think it's from the 12th century in England. The story says that the church would reward couples for not fighting by giving them bacon. A bacon reward for not fighting seems like a great incentive. "Bringing home the bacon" would prove to everyone that the couple were able to get along well and prosper.

Other people think the phrase came from later and was because of country fairs. At the fair a popular contest was trying to catch a pig. The pig was greased up and its slick body was let loose into a crowd. Whoever caught the pig got to keep it -- thus, bringing home the bacon.

The first time we can find the phrase written down is only in the early 1900s. Then it is being used by a mother encouraging her son to win a boxing fight. Did she come up with the phrase or was it commonly used and she was just the first to record it? We may never know.

Bacon Sizzling in the Pan

Bacon Usually Comes From What Animal?

Bacon usually comes from what animal?

Bacon comes from delicious pigs. While there is a vast market filled with bacon-like products such as turkey bacon and vegetarian bacon, the bacon we all know and love comes from pigs.

Originally the word bacon meant meat from the back and sides of a pig.

Bacon Doesn't Usually Have a Lot of What?

Bacon Is Definitely Not Bland

Bacon does NOT usually have a lot of what?

Bacon has quite a bit of fat and flavor and protein as well as yummy goodness, but what it doesn't have is blandness which is why we like it. It may not be good for you, but bacon is tasty enough to make us splurge on this treat.

Get Some Bacon Now!

Use Some Bacon in this Recipe

Are Knowledgeable About Bacon?

Did you take the quiz? How did you do? Did you learn something fun about bacon?

Comments About the Bacon Quiz - How did you do?