Is there anything more luxurious than drinking a mug of hot chocolate on a cold evening by a log fire, cuddled up in the arms of your loved one? No, I don’t think so. Nothing beats the feeling of warmth and decadence of a good cup of hot chocolate and good company.

According to Wikipedia, the first chocolate beverage is believed to have been created by the Mayans around 2,000 years ago. The beverage became popular in Europe after being introduced from Mexico to the New World. When chocolate was brought back to Spain in the 17th century by the conquistadors, it quickly spread throughout Europe, where was considered a luxury and a drink of the elites.

Until the 19th century, hot chocolate was even used medicinally to treat ailments such as stomach diseases. Back in the 1600s it was also believed that drinking hot chocolate incited love making while also promoting conception and facilitating childbirth.

Below you will find my top 5 homemade hot chocolate recipes. Enjoy… 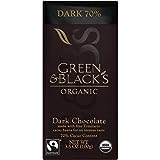 This recipe was passed on to me by a Spanish lover I had. It is basically a thick Spanish Hot chocolate with added cinnamon powder for a spicy touch. The rich texture of this decadent chocolate always brings to me memories of the strong tanned arms of Antonio around me. Even the cinnamon added on top reminds me of Antonio’s spicy intoxicating scent. But Antonio could be the subject of another hub, we are here to discuss hot chocolate drinks and I must say, the Spanish are among the best at making a good hot chocolate drink.

The Spanish version of a cup of hot chocolate is incredibly rich and flavorful, only for the real chocolate lovers. I am going to share my recipe with you, but you need to promise to make it for someone special in your life. 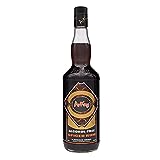 To make an extra special chocolate drink, take the above recipe and before serving add a shot of rum to your cup.

Of course, if you happen to be in Spain, you can add a shot of Brandy de Jerez like Antonio used to do for me to warm up during our long winter nights in the Sierra Nevada.

I would like to say that this recipe was passed on to me by an ex KGB boyfriend, tall and white like milk with Kahlua flavoured kisses. The reality is less glamorous though and I must admit that I found this recipe while surfing the net. The reason why I am including it here is because it is an extremely strong chocolate drink, fit to warm you up even during the most extreme winters.

To make a Russian Hot Chocolate you will need:

1 shot of Kahlua
1 shot of Vodka

A cup of your favourite hot chocolate drink.

Start with a hot cup of your favourite hot chocolate drink and add 1 shot of Kahlua and one shot of vodka. Stir and enjoy by a log fire.

The Mexicans like their chocolate hot and if you dare to try I have found this recipe, that although it requires an acquired taste, does heat you up from inside out.

Taming the Shrew. Chilli pepper on Hot Chocolate. An extract of one of my Favourite films: "Chocolat" 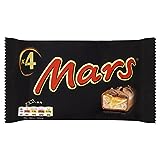 Did you Find Your Next Cup of Chocolate here?

5 out of 5 stars from 1 rating of Hot Chocolate

In all of the recipes here you can play around with the proportions, adding more or less sugar or sweetener as you prefer. I personally prefer to use sugar instead of sweeteners when necessary but normally using a chocolate tablet is enough to sweeten your hot chocolate drink. I also prefer to use soy milk instead of dairy milk I find that the chocolate is easier to digest and at the same time you benefit from the extra proteins found in soy milk.

Also, as you can see next to the Hot chocolate drink with rum, you can also replace ordinary Rum by rum flavoring, the result will be similar but without the added alcohol.

Mmmm, I think I’m going to make a decadent hot chocolate just now and go sit down by the fire to watch "Chocolat"