Many families and singles receive cookbooks during Christmas, but some of these manuals are rather run-of-the-mill types that everybody sees in the bookstores - or on Wal-Mart shelves. Sometimes, its nice to receive a book of recipes you have never imagined, interspersed with stories you never knew. Such a formula can result in a cookbook that will be used every day of the year.

The cookbooks below are exceptional in the quality and fun of their recipes and in highlighting some wonderful new trends in dining - like food trucks and food truck pods. Try giving any of these cookbooks to a friend or family member, and you will be remembered always - and hopefully invited to dinner.

Dead Celebrities Cookbook
by Frank Decaro - He did movie reviews on the Jon Stewart Show for some time and now has his own show on SiriusXM radio. In this book, he tells stories of the stars and their recipes.

What fun it is to read through this book about 150 celebrities and their recipes! Who knew that all of these famous people could cook?

All of these recipes were found by the author in out-of-print publications such as cookbooks and very old magazines much like those I find at Half Price Books and other used and antique book stores around my state. Here is just a partial list of the celebrities and some of their favorite dishes that you can make from this well illustrated book:

Central Ohio has finally caught the food truck wave and become inundated with multiple dozens of food trucks with International cuisines. We now have a food truck pod just west of Downtown where you can order foods at trucks in the parking lot and go inside to enjoy them at lunch and dinnertime.

On other occasions, the space at 400 W. Rich Street is used for the Columbus Winter Farmer's Market and similar events. Several times a year, food trucks gather at Columbus Commons Park on High Street in the middle of Downtown and sales from these gatherings benefit local charities.

Mr. Edge's book is one of the best on the market for food truck food recipoes. You will love it and so will any recipient that enjoys something different. 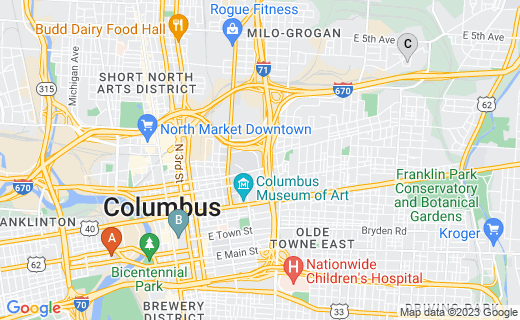 Rodgers has written over 35 cookbooks and Heather Maclean, who has books on the New York Times Best Sellers lists contributed great recipes as well..

The publisher writes that the current TV series Mad Men is bringing back the cuisine of the 1960s. Maybe so, and this book certain helps that cause. Customer reviews of the book are largely very good among Internet book sellers. It's recommended for 1960s theme parties and is full of stories and trivia about the sixties.

Recipes include the many good and the few bad, some good being Beef Wellington, Chicken Kiev, Cherries Jubilee, and PuPu Platters. Jell-o molds and salads may not be your favorites - or may be they are. Cocktails and all sorts of desserts as well as meals make this cookbook comprehensive and memorable.

These recipes are from the high intensity Quickfire competition on the Top Chef TV reality show. It's a popular television offering and increasing numbers of people are watching cooking shows. After watching so many, local clubs and TV stations are sponsoring their own local cooking shows and cookbooks like this one are great for prepping to win. If you're not competing anywhere, this book is simply fun to use.

The next two cookbooks are related to Elvis Presely and his family - after all, he is my 13th cousin. After looking at the recipes, I found that they really are some that my mothers family also enjoyed regularly - except banana sanwiches. I dont think Elvis cooked, but after his mom passed away, his hired cooks continued to make his favorites.

Some of the best recipes include:

Are You Hungry Tonight?

Are You Hungry Tonight? by Brenda Arlene Butler

This book contains different recipes from those listed in the book mentioned above, including the huge Royal Wedding Cake from Elvis's wedding. Illustrations are very nice. The beginning of the book speaks of flavors and lists four basic groups highlighted in the book:

Some of the other recipes include:

Any of these interesting cookbooks mentioned above could make a great addition to a home cook's or collector's bookshelves.