Next to Saffron, Vanilla is the most expensive spice you can buy. In addition to it's popular use as a spice. Vanilla is also widely used in perfumes and aromatherapy applications. The Vanilla bean is actually a fruit, grown on the Vanilla Bean Orchid plant, or more specifically, from the flat leaf Mexican species of the vanilla orchid.

Sometime in the early 1500's HernandoCortez, Spain's conquistador extraordinaire, is supposed to have brought both Vanilla and chocolate back to Spain from the southern Mexico area.

For the next 300 years all attempts to grow the vanilla bean outside southern Mexico and Central America failed. It turned out that the vanilla orchid was particularly fond of the local winged Melipona bee which was the only natural pollinator for the vanilla orchids.

It was not until the mid-1800s that a young slave on the French island of Reunions in the Indian Ocean, East of Madagascar, discovered that he could hand pollinate the orchid. Today the major varieties of vanilla come from Mexico and Central America, tropical islands along the Indian Ocean, and South America.

Today there are four distinct varieties of vanilla. Bourbon vanilla which comes from the Indian Ocean area, Mexican vanilla, Tahitian vanilla from French Polynesia, and West Indian vanilla. Each has a slightly different flavor and aroma. French vanilla is often mistaken as yet another variety when in fact it is actually a French style of vanilla ice cream with a vanilla custard flavor.

In the United States certain parts of the wild beaver has been approved by the Food and Drug Administration as a compound additive in artificial flavoring. This beaver additive is commonly used as a vanilla and raspberry flavoring agent and to flavor cigarettes and perfumes.

There are several steps involved in preparing the Vanila for the market. While they differ from country to country, they all include:

The next stop is gradeing for quality, which varies from coun try to country, and then on to the folks who process the beans to make the vanilla exrtract.

The most common flavoring in your kitchen is probably that little bottle of Vanilla extract. The most common use of vanilla extract is in flavoring of deserts such as cakes, pastries and ice cream. Vanilla is by far the most common flavor of ice cream. To most children, Vanilla is the standard, anything else is a flavor. Even adults use "vanilla" as a synonym for plain or ordinary. Although vanilla is a unique flavoring when used alone, it is also used to improve the, desirability, and flavor of other substances, which are complementary, such as coffee, chocolate, caramel and custard to name a few.

In order to preserve the Vanilla pod's freshness, they must be stored in a sealed air-tight container. Depending on the recipe, the pods can be used whole or split and scraped out and added to custards, ice cream, etc.

An interesting use is to place a vanilla pod in \your sugar bowl or bag. This gives the raw sugar a light Vanilla flavor that is wonderful. Many bakers store a Vanilla pod in their flour container and my mother often placed a keep a Vanilla pod in the box of pancake mix! When you empty the box, simply move the pod to the new box.

Gourmets, Chefs and homemakers all have their favorite when it comes to Vanilla pods. The best advice is to stick with an imported source. The typical American brands are often diluted and often made of artificial Vanilla. Personally, I prefer the Vanilla Pods from Madagascar or Costa Rica. They are not the cheapest, but the quality makes up for the extra cost. 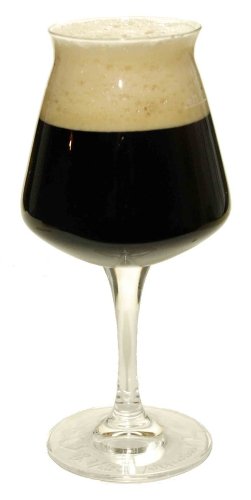 All Around the House

Culinary delights are not the only place where Vanilla can play a useful role in and around your home. You can use it to chase away bugs, especially the backyard picnic types. While most everybody enjoys the smell of vanilla, some bugs take a different view. Add one tablespoon of Vanilla extract to a cup of warm water. Shake it well and apply it to on your exposed skin to discourage mosquitoes, blackflies, and ticks.

Every Realtor knows how to make you house smell irresistible. Take a q-tip and dip it into your Vanilla extract then put a dab on at least one light bulb in each room. Turn on the lights and your home will begin to take on the subtle fragrance of a pastry bakery. If your realtor says you should paint a few rooms, mix 1 tablespoon vanilla extract per gallon of paint. The smell of fresh paint will change to the wonderful smell of a that pastry bakery.

Not happy with the smell of the refrigerator. even after scrubbing it out? Wipe down the inside of the fridge with a paper towel and a solution of four parts water and one part Vanilla extract. You can also prolong the fresh scent by soaking a small piece of sponge with vanilla extract and placeing it on the back of a shelf in the refrigerator.

Video Shows How to Split a Vanilla Pod

How Popular are Vanilla Beans and Pods?

Have you ever used Vanilla Beans or Pods?