Who Says Healthy Foods Are More Expensive Than Normal Foods?

There is a perception that "health" foods are more expensive than "normal" foods. It's easy to see why people think that if they just take a casual stroll down the aisles of Wild Oats. If you do a straight across the board comparison, say "normal" tortilla chips vs. "health food" tortilla chips, then the "health food" version is clearly more expensive. Bit I would like to make a distinction between "health foods" and "healthy foods." And I also have to state from the get-go that there is absolutely nothing "normal" about so-called "normal" foods. And finally, the answer I will give may surprise you: Truly healthy eating is cheaper than what you may regard as "normal."

Let's take a sample of "normal" foods that you might see anywhere -- let's say a hot dog, yellow mustard, a white bread bun, a coca cola, and some tater tots. Every one of these items is an extremely commonly consumed item. Every one of these items is manufactured in a factory and shipped to the store where you buy it. The companies that build those things are in business to make money.

How do you make money on a grocery item? Cut costs, and sell a lot. How do you cut costs? Eliminate waste (spoilage), get economy of scale, and cut the cost of ingredients. How do you sell a lot? Make it appealing to smell, look at, and taste, and convince people that it is cool and normal to eat it. Food scientists spend their careers testing to get the cheapest possible ingredients and processes and still have the food taste "good" to a large number of people. Marketers and advertisers spend their careers creating an image of fun/good times/coolness around food items to distract people from how crappy they really are. What would certain brands of candy be without the clever packaging? Just sweet glop, as far as I can tell.

In all this business, the idea of what the product actually does inside the human body is not even a consideration, unless it makes you consume more. The manufacturers want you to buy it, and since it is a food item they hope for repeat business. They want you to eat as much of it as possible and like it so you'll go back and buy more. It is rumored that certain foods contain additives specifically for the purpose of stimulating you to eat more of it, but I can't verify that. It is well documented that if they can substitute High Fructose Corn Syrup for sugar they'll make a few cents more per box of cereal. If they can substitute a high temperature process that alters the chemical composition of the fat and increases the shelf life, they'll have less waste, hence more money. Multiply this by a few billion people who consume the product and you are talking massive differences in profit on commodity items, where margins tend to be slim anyway.

So a question I put to you is What the hell is NORMAL about this? This so called normal "food" is optimized for money, not for human beings. 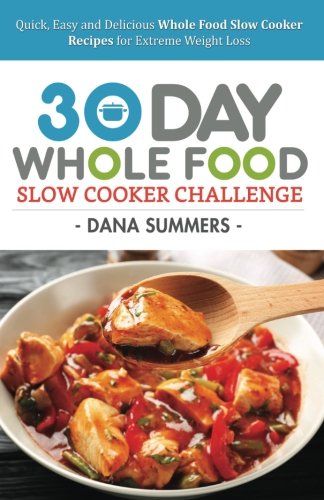 People have always been fascinated by the effect of a food on the body. Some things are said to bolster strength, some improve mood, some stick to the ribs, some make you sleep, some make you poop, etc. And so consumers are demanding foods that are "better for you" or that have a specific effect. And the food business sees a new market opening up.

For me, "health" foods fall into three categories:

These foods are not healthy at all, but they try to convince you that they are. For example, "lite" products made with less fat, but that still have gobs of High Fructose Corn Syrup (HFCS) and refined carbs, products such as granola that think they can throw in a few nuts and some raisins and call it healthy, Diet soda--don't even get me started on that! These are just made by the cynical food industry trying to capitalize on people's desire to eat more healthy, without really making any fundamental paradigm shift the way they think about food. These products tend to be marginally more expensive, because the manufacturers think the market can bear it.

Some companies actually do use organic ingredients or more pure processes, with varying degree of success. For example "organic" snacks definitelly have exotic and more expensive ingredients and taste better. These packaged products are indeed more expensive and if you live on them you will spend a lot on food and probably not get as healthy as you want.

The best food is home made, minimally processed, and made from ingredients that are close to nature and as close as possible home. But people don't like this idea, because you can't just slice open a package and munch.

When I was in college I lived in a cooperative housing situation. A young man in the house named Bo was studying to open a vegetarian restaurant. We were all trying to economize on expenses and Bo put forth that he could save 30% on our food expenditures if we would put him in charge of the menus. We agreed to let him do it as a test for two weeks. My house chore at that time was food shopper. I remember seeing a lot less packaging coming in and going out of the house.

Once Bo's food started appearing at meals, I was flabbergasted. He more than delivered on his promise to cut the food budget; his food was fresh and appealing, and what's more, I felt better on it. For example, a traditional house dinner was pasta with meat sauce and salad. After eating that or any similar heavy fare, I would often feel too sleepy to study. But Bo gave us fresh home-made yogurt and Indian vegetable dishes that he specifically designed to stimulate the study glands. After two weeks Bo compared receipts and proved that he had saved over 30%. Despite that, they voted Bo out as menumeister, because the majority of the residents felt that his food was "too weird."

Healthy eating is about more than just what you eat. If you preserve your health, it is hoped that you will need less prescription meds, less doctor bills, and thus you will save money in the bigger picture. When you go for home-cooked whole foods, you get to decide what the portion size is. The food industry wants to supersize everything, of course, because they make more money that way. With a meal of brown rice, a green and a yellow curried vegetable, some yogurt, and a big glass of water or hot tea, you will not be as tempted to eat gigantic portions, because the food takes longer to chew and satisfies more than a tiny (but very fatty) hot dog and some tots.

If you want to save money on food, have a short specific shopping list, know what is in season and buy it when it is, learn or re-learn to cook. The internet is screaming with recipe sites and blogs. Happy saving and happy eating.