A Modern Twist On The Original Beef Sandwich Recipe

Christine, wife, mother, homemaker for over 40 years, has an NVQ3 in Childcare & Education, a diploma in Naturopathic Nutrition and TEFL.

A good sandwich is meant to be something that you can comfortably hold in your hand, without needing cutlery. In fact the invention of full cutlery as we know it today, is fairly recent. The man who gave his name to this food did so by filling the bread with a piece of salt beef. Read more about The Earl Of Sandwich below!

Pitas, a variation of this, are the oval bread pockets that originally came from the Middle East and are quite popular now in the West. They are used as holders for all kinds of food, typically lamb as the most popular meat, spiced balls of mashed chickpeas known as felafel in Israel and small balls of goats cheese which are preserved in olive oil, known as labneh. Grilled or fried cheese is also popular as is hot or cold fish. They are also torn and used to dip up sauces and dips such as taramasalata or hummus.

So start with this modern day version of a beef sandwich which is nutritious enough to be a meal in itself!

Then have a pita party by providing several different diced salad vegetables, diced cheese, flaked fish, chopped nuts, olives, dishes of cooked beans and bowls of different dressings. Then give everyone their pitta bread and let them fill them as they like.

For the Russian salad, cook diced potatoes and carrots and when cold add sliced cooked beetroot and mayonnaise (see video below).

Russian Salad - Here's how you make it 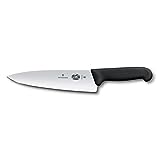 Victorinox Fibrox Pro Chef's Knife, 8-Inch
Find out why no cook should be without this amazing Chefs Knife by viewing it here!
Buy Now

Pitas keep best if put into the fridge in a plastic bag.They should stay fresh for about 4 days.

To serve warm, put either under the grill or in the oven for a short time.

To Transport The Pitta

Take the pitta bread and filling separately and fill the halved pockets when you are ready to eat.

Why a beef sandwich?

Well- the fact is that I wanted to take you back a bit and share with you a little about a small town just 5 miles from where I live, Sandwich, Kent. The story goes that in the 18th Century, John Montagu, the 4th Earl Of Sandwich was rather passionate about gambling, so much so that he didn't have the time to eat a proper cooked meal. Instead, during a gambling session, when hunger had got the better of him he demanded a slice of beef between two slices of bread that he could eat with one hand without getting greasy, whilst continuing to play with the other. This however is only one version, the other more likely story being that he ate it at his desk as part of his busy working day at the Admiralty. This "convenience food" soon caught on and became known as a sandwich, after the Earl. Although it is true that this type of food had been eaten before his time, it was more in the form of bread that would be torn and dipped into sauces, before the days of using knives and forks as we do today. However, the Earl Of Sandwich gave it the name and form we know today. Captain James Cook named the Sandwich Isles (Hawaii) after the Earl, who was his financial sponsor.

It is thought that this now small town, which was originally a large port, was once called Sandwich Haven because of its sandy beaches. Due to the fact that the Earl Of Sandwich was in the Admiralty, he may well have chosen his title from this town because it was a place he was very familiar with, even though his main home wasn't there.

A few years ago I was invited to a friend's wedding at Ham, near Sandwich, Kent!