Candy Craze: Sour and Sweet and Yummy to Eat

Missy is a unique writer who enjoys inviting her readers into her thoughts through her poetry and other topics of discussion.

What's your favorite bag of skittles?

This tasty little candy was created by The Mars Company, which was started back in 1911 by none other than Frank C. Mars.

Skittles, was first distributed out in stores for consumer purchase in 1974, starting in Europe. However, they did not make it on shelves in America until 1982.

Nowadays, this popular candy that has my kids begging for a bag every time we go inside the store, is now produced through The Wrigley Company, who merged and started working with Mars in 2008.

Skittles have since evolved to incorporate new and different flavor bags over the years like; Wild Berry Skittles, this skittle has a fizzy powder coating and was developed in 1989. Tart and Tangy Skittles which were discontinued in 1989, and later replaced by the sour skittles in 2000; and, lastly, Darkside Skittles, developed in 2013.

Another development that took place in 2013 had makers of Skittles replace the original lime with new green apple flavor. Needless to say, my daughter remains unhappy with their choice on that one. Lime is now known as Midnight Lime and can be found in the "dark side" skittle bag.

The other flavors in that bag include: Blood Orange; Oh, isn't that a kid enticing name? Pomegranate; Did the chefs at Food Network come up with that one? Forbidden Fruit; Uhm, is it just me, or does that name seem to suggest sin? Finally, the flavor Dark Berry...

Yes, that yummy fruit flavored candy with its original flavors of orange, grape, lime, lemon, and strawberry, has come a long way and are still one of the favorites of children across the globe. 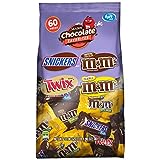 Werther's originals were introduced 112 years ago in the year 1903. Based in Germany, the German company, August Storck, manufactured this caramel delight for many years.

Some may still wonder today where the name Werther's came from...and, in fact, the name came from the town where the company originated Werther's in Westphalia.

For many years, this candy was branded under the name Werther's Echte and did not become the well-known name we know now, Werther's Originals, until the 1990s. This took place when the candy made its international debut. Thus, changed the location of the manufacturing site to the town of Halle.

Like many other candies, Werther's has gone on to bigger taste to suit many different taste buds. The original flavor of caramel, has now expanded into toffee, chocolate, and for people who prefer sugar free, they have a sugar-free original caramel, a caramel coffee swirl, and a caramel mint swirl.

Werther's is a favorite worldwide and with a 112 year history behind them, these sweet treats will be around another 112.

Hey, I wonder if then-president Teddy Roosevelt licked his lips to some lip-smacking Werther's caramels??

My favorite Starburst is Pink, what's yours?

I will now introduce, more strawberry, lemon, orange, and lime candies. These tasty fruit chews known today as Starburst were invented in the UK back in 1960 under the name Opal Fruits. It wasn’t until 1967 when the Opal Fruits made its way to America did the name change to Starburst.

The expansion of this chewy favorite next jumped on the band wagon like other candy companies and launched candies such as: Strawberry Fruit Chews in1984, followed by Starburst Tropical Fruit Chews in 1988, and California Fruit Chews in 1989. Later, when 1995 rolled around the Starburst jellybean showed up on candy shelves, and finally the Sour Starburst in 2002.

The Opal Fruits name had been totally wiped out back in 1998 when the Starburst name reached international acceptance.

Starburst has continuously experimented with different candies with all the signature flavors, and I suspect they will continue.

I wonder if I was to see Ryan Gosling on the street would he be eating some Starburst? It is his favorite candy after all.

Which is your favorite Reeses cup?

The original founder of The Reese Candy Company H.B. Reese, first came up with his candy company idea while working for the Hershey’s Chocolate Companies dairy farm.

From the spark of an idea to a basement beginning from his home on Chocolate Avenue in Hershey Pennsylvania, he started tirelessly making his candy empire. His Reeses Peanut Butter Cups were invented in 1928 with an array of some other sugar delights.

After the depression, the Reese Candy Company finally had taken off in the mid 1930s with the Reeses Peanut Butter Cup on top. Enough so that in 1935, Mr. Reese started marketing the delicious cups separate from his other confections of sweet.

Keeping great relations with the Hershey’s Company through the years, it was Hershey’s that supplied the chocolate coating to the yummy peanut butter.

Today, a wide assortment of Reeses Peanut Butter Cups exists. Including; The Big cup, The mini cups, and the caramel layered cup. Are you licking your fingers while eating one yet?

The Ferrara Pan Company produced these yellow balls of sour in 1962.

The Lemonheads are processed and made using a unique method that includes revolving pans rotating all while adding the color, flavor, and other candy ingredients. This process continues until the desired size is achieved.

The Lemonheads have maintained being the most successful of all candies made of its time. Ferrara Pan Company produces 500 million Lemonheads yearly.

Through the years, several other flavors have been developed including; Grapeheads, Cherryheads, Orangeheads, and Appleheads. However, it is the Lemonheads that remain the favorite of consumers everywhere.

Hey, heres a tip; If you are anticipating your first kiss toss a lemonhead in your mouth for the perfect pucker...

Quiz: Can you remember?

Candy! Who doesn't love the sweet, and sometimes sour stuff? Listed is 5 of mine and my kids favorites, but the candy craze is unlimited. What's your favorite? :)