Roasted, salted peanuts and sweet, buttery caramel envelope the tart, crisp fruit to caress the mouth in an intricate dance through every taste-bud. Memories themselves are captured within the folds of those treats, every bite a burst of juices, a Ferris wheel ride, a Halloween delicacy! Although suspended by a wooden dowel of some sort (likely a Popsicle stick) the ooey goo seems to always leave you with sticky fingertips and a taste on your lips that just wont quit!

Did you know caramel and candy apples were once an acceptable gift to give to Trick-Or-Treaters on Halloween? Not only were they given out but they were wildly popular, sought after by children and adults alike! Unfortunately, in the 60s and 70s rumors began to spread that people had been putting razor blades into apples. This resulted in hospitals offering free x-rays, but the trend of unwrapped candies was already at an end and the term "tamper proof" came into play.

Wilton Ultimate Decorating Set- Discontinued By Manufacturer
Are you the go-to for every wedding, shower and day of birth? Are you stuck in the kitchen all the time for every family reunion or anniversary? Do you love to decorate cakes and cupcakes but are tired of having to hunt down all your tools? This is the kit for you! Dozens of useful items are included in this fine package, from star tips of all sizes to a fondant smoother; from gold foil to lily nails and flower cups, you'll be hard-pressed to need anything after this purchase!
Buy Now

Since Roman times the tradition of bobbing for apples in a vessel of water has managed to 'stick'. Back then there was an annual celebration and the first unwed youth to catch an apple between their teeth would be the next allowed to be married.

Throw several apples into the water - watch them float!

Whomever plays must be blindfolded with their hands behind their back. They are not allowed to use anything but their mouth in this.

The idea is to be the first person to catch an apple between your teeth.

Hint: If you can’t find a large enough bucket to accompany several people or you want to extend the game, simply set a timer to see how long it takes each person, one at a time, to capture the prize!

Hint: If you are disgusted by this whole thing tie the apples up and suspend them in the air instead of putting them in water. They’re still not easy to catch with no hands or eyes!

For Halloween (or any time), put them in themed cupcake wrappers!

Everything is better on a stick.

Every year in the fall apples are harvested from the trees just as the summer begins to draw to a slow close. I look forward to catching these every year at my Local Farmers Market and buying them by the drawer full.

For this project we will not be using those, though if you'd like to make your own applesauce for the recipe I dare you - I myself am simply going to start with by-the-book from a recipe my cousin gave me.

A few things to keep in mind:

*You can use whatever Cupcake/Cake recipe you have laying around that ends up tasting like apples or an apple variation in the end. I'd like to do one of these with a little bit of baked apple on the inside of the cupcake for a more pie-like consistency.

*You can also use whatever caramel you want to use but be sure it's the kind meant to wrap around it! I chose Kraft because supposedly the man who invited Caramel Apples was working for that company at the time, though history is a little skewed on how that went.

*All Photos property of Gina Blanchard - All Rights Reserved

As I mentioned earlier, there really is no problem using any old apple (cup)cake recipe if you've got one or have a better idea for one. Here's what I used!

Cast your vote for The Recipe

For a professional chef 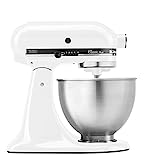 KitchenAid KSM75WH Stand Mixer, 4.5 Qt, White
A professional stand mixer for whirling and twirling and mixing and swirling! The baker in your life needs this (and maybe that's you!).
Buy Now

Things to Roll Apples In

There is no limit to what you can use as your outside coating! Here are just a few ideas! 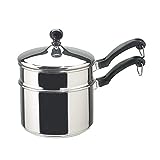 Farberware Classic Stainless Series 2-Quart Covered Double Boiler
If you don't want to mess with trying to balance pans together and you find yourself using candies (chocolate or caramel) often, you might consider spending just a few bucks to get one of these babies! It helps.
Buy Now