I love my vegetables, but sometimes I want a creative way to cook them. That's when I heat up some oil for tempura.

The perfect tempura results in sweet, soft vegetables with a crisp, flaky crust that are absolutely delicious.

And since January 7th is National Tempura Day, it is a great reason to share my tempura recipe with you.

Cut Up the Vegetables

I've used a lot of different types of vegetables for my tempura, usually whatever I have in the fridge. Some of my favorites are:

Tempura works with other vegetables, so give other ones a try. Just remember the harder the vegetable the smaller the pieces need to be, and anything with a thick skin either needs it removed or scored to prevent them suddenly popping in the oil and spit oil onto anyone nearby.

You can also try frying

Tempura is basically vegetables fried in oil, so to make it you'll need to have a nice sized cooking pot with about 6 cups of oil (enough to float the batter-covered vegetables in your pot).

Nearly any cooking oil will work, whether vegetable or canola or your preferred oil. I just use whatever I have at hand which is usually vegetable oil.

Obviously if you have an electric deep fryer feel free to use it. It will make your life easier.

Pick Up a Deep Fryer

I fry my tempura in a pot on the stove, but that's just because I haven't picked up an electric fryer yet.

Having an electric deep-fryer makes things far easier since they usually have temperature gauges so you can get the oil to the right temperature. They also hold the oil so it's easier to reuse it a couple of times instead of just tossing it out after one use.

My favorite part of a deep-fryer is that it keeps the hot oil away from kids and pets.

Heat the oil until hot.

I usually check to make sure the oil is hot enough by sprinkling a couple drops of water in the oil. If the water drops sizzle it is hot enough, so I then turn the temperature down just a hair to prevent it burning. 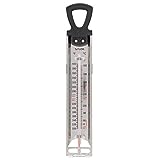 Get a Deep-Fry and Candy Making Thermometer

It makes it much easier to tell when the oil is too hot or too cold, otherwise you could end up with undercooked or burnt food.

Every kitchen really should have a thermometer for oil and candy making.

Tempura batter is super simple and only takes a few ingredients. It doesn't sit around well, so only make the tempura batter right before you use it.

Don't want to make your own tempura batter? Pick up a mix instead. Nearly any frying batter, whether for fish and chips, beer batter, or cornmeal, will work.

Tempura batters tend to cook up lighter than most batters, but they all tend to taste good. 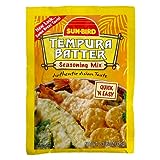 Sun Bird Seasoning Mix, Tempura Batter, 1.19-Ounce Packets (Pack of 24)
This is the tempura batter mix I usually use most often since it's stocked at my local grocery store and the packets make just enough batter for a quick tempura fix.
Buy Now

Blot the vegetables dry if necessary, then quickly dip into the tempura batter. Immediately put them into the hot oil.

It should only take about 45 seconds for the bottoms to get light golden brown. When it reaches that color, flip the vegetables over so that they can fry on the other side. Let that side cook.

Vegetables are done when they are golden brown, don't let them get brown brown since they will continue cooking for a couple moments after being removed from the oil.

Taste test the first few pieces to make sure the oil wasn't too hot and didn't cook the outside before the inside was finished.

After scooping out the vegetables from the hot oil let them drain on a paper towel-lined plate.

Keep vegetables in a warm oven while cooking the rest of the vegetables, then serve immediately.

Video on How to Make Tempura

My favorite way to eat tempura is dipped in ranch dressing, my boyfriend likes it drizzled with malt vinegar, but we both have enjoy dipping it in other sauces as well.

We're totally addicted to teriyaki sauce, so that frequently gets used and of course soy sauce and sweet and sour sauce are also big hits.

Sometimes we'll have little cups of sauce to alternate dipping sauces per bite. 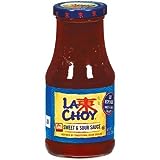 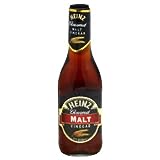 Serve the tempura as soon as possible since it's not as good when cold.

Make sure not to cover it since it will cause it to get mushy.

When I make tempura I usually make a few other things alongside to make it a complete meal.

Edamame is another name for immature soy beans.

Although they are occasionally found fresh in some stores I usually get frozen bags and just keep them in the freezer until I crave them. Then I pour however much I want into some salted hot water and cook them about 5 minutes until they thaw and get hot inside. After draining them I sprinkle some more salt over them and dig in.

Edamame is sold both with pods on or pods off. If the soybean pods are still on it's easy to just pull it open and pop the seeds inside into your mouth.

Edamame is so yummy and they're super good for you. Women especially seem to crave them since they give you the vitamins you need. It's the perfect appetizer for an Asian-inspired menu.

Egg Flower Soup or Egg Drop Soup is kind of like chicken broth with some eggs dropped into it. This creates a nice rich broth studded with small carrot pieces, green onion, and swirls of cooked egg.

It's super easy to make, especially if you use a premade packet like I do, and it tastes lovely and rich. It's really warming and nourishing.

We usually have a cup of Egg Drop Soup before eating Chinese food. 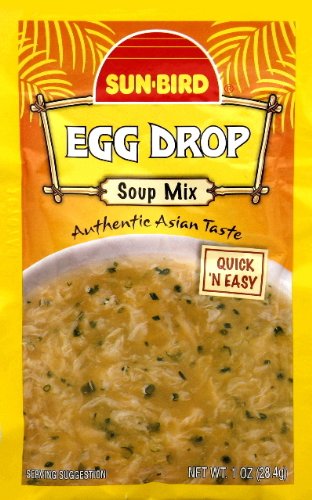 Warning! These are addicting!!! Roasted Seaweed Snacks are like little pieces of nori, but are a bit thinner and crisper.

People either absolutely love them or they hate them. I've noticed it seems to be connected to gender, something in the seaweed is a necessary nutrient for women perhaps. I know I crave them often.

Most of the women I know will go through packets of these salty squares of dried seaweed.

Luckily they are one of the best snacks out there. They taste better than potato chips and have barely any calories or fat. 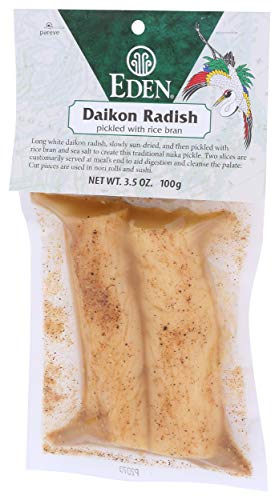 I always noticed a little Japanese restaurant near my college and so one day when I saw that that they were having a lunch special we decided to try it. When we received our plates there were a couple of interesting little circular pickled things on the side of the plate and after tasting them we demanded to know just what they were since they were delicious!

It turns out they were pickled radishes, a type of radish called daikon specifically, and the Japanese eat a slice or two of them alongside meals to help with digestion.

I don't know about the digestion part, but a couple of slices really sets off a meal. 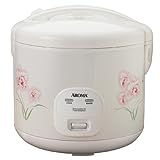 I really like to have rice alongside my tempura.

Though tempura doesn't tend to be as greasy as other fried foods, I still like something a bit starchy to offset it and rice is such an important part of Asian meals.

I'm not very good at making rice though, I much prefer having a rice steamer to make it perfectly every time. Rice steamers make perfect rice every time without any hassles. 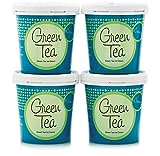 One of my favorite ways to finish up an Asian meal is a nice scoop of green tea ice cream.

The smooth flavor of the creamy green tea tastes refreshing after the meal and it is just the perfect touch.

I haven't tried this brand of green tea ice cream, but it looks delicious.

There are lots of different Asian recipes out there, pick up a cookbook to try your hand at some other yummy recipes.