Which mushrooms are edible and where do they taste good with

Everybody knows that you can eat mushrooms, while there are lots of highly toxic mushrooms.

Which mushrooms could you eat and where do they taste good with?

Mushrooms are fungi, they have no chlorophyll and therefore can not carry out photosynthesis. They get their energy in a different way, namely by breaking down dead animals and plants.

Not all the fungi do this in the same way. Boletus and truffles live together with living trees and get their sugars from them, while they themselves deliver minerals to the tree. Both have, in this case, benefits of living together.

Other fungi infect plants and receive their energy that way, while the last group lives of decaying residues, such as the toadstool.

Which parts of mushrooms are edible

Because the fruiting body of the fungus is so important for reproduction, and thus also for the survival of the species, this section often contains toxic substances. Only experts know which mushrooms are edible, without risking their lives.

Mushrooms exists for a large part of water. They also contain lots of protein and vitamin B12. There are also tumor-inhibiting properties assigned to different types of mushrooms.

Fungi may be used as a substitute for meat, because of their meaty taste and flavor-enhancing properties.

Mushrooms contain about 15 calories per 100 grams and 2.5 grams of proteins.

Which mushrooms are edible

How to clean mushrooms

Wipe mushrooms with a brush or paper towel. You often read that you're not supposed to put the mushrooms in water, but they exist for eighty percent of water, and taste loss rarely occurs.

You just need to eat them very quickly after washing, because mushrooms can change color. After cleaning you should remove the stems of the mushrooms and then cut them into slices or strips, so they are ready to be processed.

Mushrooms can be a wonderful addition to our daily menu.

However, you can not just grab them in the wild, without proper knowledge. Some mushrooms can be so toxic that they can lead to death, such as the bone spring fungus (Gyromitra esculenta), see picture below.

Therefore prefer to buy mushrooms in stores or at the greengrocer, where a large variety of different mushrooms are available. 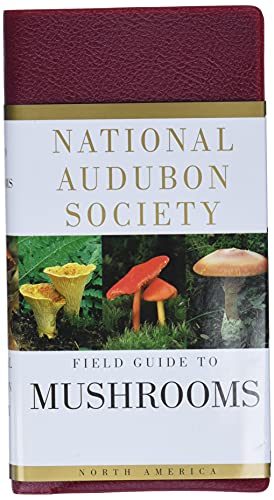