Sugar-Free Brownies to the Rescue

I have a friend who has a sweet tooth. The problem though, is that he suffers from something called candida, which is a form of fungus. When it flares up, it causes him to itch like crazy and sometimes to the point of excruciating pain. Its not an easy thing to watch especially when I know he's going through so much pain.

I've learned that sugar aggravates the condition and one must try to avoid sugars in all it's form, including simple flours and starches that gets converted into sugar once inside the body. During this time my friend had intense cravings for sweets and he specifically mentioned brownies. He was craving them badly so I decided to bake him a batch without any added sugar or starches.

*Photos taken by myself unless otherwise noted.

The Joy of Gluten-Free, Sugar-Free Baking: 80 Low-Carb Recipes that Offer Solutions for Celiac Disease, Diabetes, and Weight Loss
Easy-to-make recipes that revolutionize baking for wheat sensitive, diabetic or low carb cooks. Some of the delicious recipes include apple crumb pie, brownies and even pancakes! Try the cinnamon-raisin coffee cake. It's to die for!
Buy Now

While I was experimenting in the kitchen, I realized that these brownies are good not only for my friend recovering from candida, they are also gluten free as well as being low in carbs, making them suitable for all types of people.

The difficult part was trying to come up with a good recipe for making these brownies taste good and boy was it hard. I've added some cream cheese and peanut butter to the recipe, which was exactly what it needed. After a few miserable results, the last batch came out the best and pretty close to the real deal.

Have you ever heard of Candida? 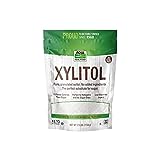 NOW Natural Foods, Xylitol, Pure with No Added Ingredients, Keto-Friendly, Low Glycemic Impact, Low Calorie, 2.5-Pound (Packaging May Vary)
This pure and natural sweetener is a sugar alcohol that is naturally present in small amounts in various fruits and vegetables. Resembling sugar in consistency and taste, but has a third fewer calories and is a great alternative for diabetics.
Buy Now

Check Out My Video - Just like my brownies, this video is homemade! There's room for tons of improvement I know, but I'm happy I got one done.

Use a Good Pan for Great Results

Did you enjoy this recipe? All comments are appreciate so don't forget to say hello.