Pigeon pie was an old favourite and pigeons were an important food source historically in Western Europe. They were kept for their eggs, flesh, and dung, but it's not a meat you see often these days. A pity because, like other game meats, it's both healthy and tasty.

Usually considered a delicacy, young pigeon, or squab is tender, moist and rich in taste. The dark meat, concentrated mainly in the breast. is fatty, like that of duck, but the meat is very lean, easily digestible, and "rich in proteins, minerals, and vitamins. With a milder taste than other game, it has been described as having a mild berry flavor".

This recipe is from my Grandmother's cookbook, but I can't say that I can remember her making pigeon pie for us, nor have made this yet for my guests at our Bed and Breakfast Les Trois Chenes, but I just might give it a go now that I've found out how very good they are.

News! Masterchef, Tuesday 22nd November at 8pm they're preparing pigeon! OK, not easy. Advice was: Make sure you don't tear the skin, make sure all innards are removed, don't rinse with water, truss correctly.

Butter the dish and put pastry round the sides and edges. Place the steak on the bottom of the dish and season with salt and pepper. On top of this place the birds, rubbed inside and out with salt and pepper, and a piece of butter inside each one. Make sure that you put the breasts downwards to keep juicy. Add chopped livers and parsely. Pour on the gravy and cover with the pastry. Make a hole in the top. If you like (!) you can put one of the birds' feet, nicely cleaned, into the hole. Brush over with beaten yolk of egg and bake 1 1/2 hours.

More Of My Gran's Pie Recipes

And pastry recipes for pies

You can find her pastry recipes here: Pie Recipes from my Grandmother's Kitchen

Have a look at the videos below for preparation of the birds and an alternative, and perhaps more contemporary way of preparing the pie. (Where does the gravy come from?)

'Christmas Pudding and Pigeon Pie' by Nancy Mitford - I just had to put this soon-to-be-released book in!

Even though it doesn't have a picture of this paperback book - shame about that.

This is so hot off the Press that you can't even buy it yet (at the time of writing). It's due to come out on September 10th 2013, but it is possible to pre-order it.

You might like to have a look at my article on Christmas pudding traditions as we seem to be on the subject. 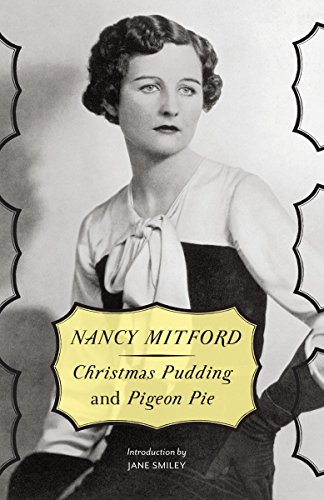 It used to be said that every bit of the pig was used, except it's squeak!

Times are hard and we should start to embrace those good, old fashioned recipes that make use of all those tasty bits and pieces of the animals we slaughter for our food. Here's one delicious recipe for using what the French call 'gesiers'. In France the little tasty morsels of 'this and that' are still valued and these are the delicacies, chicken, goose or turkey gizzards, heart, kidney, trotters, meat from the head, tripe .....

Lets get back to basics and rediscover real food.

How to Prepare Your Pigeon - Not for the fainthearted!

Do not watch if you're of a 'nervous' disposition; you can always buy your pigeons all ready for use from the supermarket, or better still, your local butcher.

Have a look at this pigeon pie in the making

Listen to the story of the renaissance of the humble pie.

And if you can't face all this?

Put live birds in your pies!

Sing a Song of Sixpence

Sing a song of sixpence,

A pocket full of rye.

Baked in a pie.

When the pie was opened,

The birds began to sing;

Wasn't that a dainty dish,

To set before the king?

The king was in his counting house,

Counting out his money;

The queen was in the parlour,

The maid was in the garden,

Hanging out the clothes;

When down came a blackbird

And pecked off her nose.

In the 16th century it was considered amusing to put live birds in a pie, (a bit like my goldfish!). An Italian cookbook from 1549 (translated into English in 1598) contained a recipe: "to make pies so that birds may be alive in them and flie out when it is cut up," and this was referred to in a cook book of 1725 by John Nott. At the wedding of Marie de' Medici and Henry IV of France in 1600, "The first surprise, though, came shortly before the starter, when the guests sat down, unfolded their napkins and saw songbirds fly out".

Blackbirds for Your Pies! - The're going for a song and make a charming gift

My Grandmother had exactly the same pie birds as this one

These pie birds, or pie funnels, are designed to allow the steam to escape from the pie and to support the pastry. Mrs Beeton, as well as my Gran, suggests that you put a pigeon foot or two poking out of the centre of the pie, so I think these pretty birds are definitely the lesser of two evils.

My blackbird pie funnel - And my pie!

OK, it wasn't a pigeon pie but it was a pie bird. I love the idea of the blackbirds baked in a pie - so long as it remains just that - an idea.

Everything You Wanted to Know About Pie Birds

The History of Pigeon Keeping

Now, unless you have a very specific interest in pigeons or pigeon meat, you probably haven't given a great deal of thought to their history and housing, but it is a fascinating subject.

The Domestic Pigeon (Columba livia f. domestica) was derived from the Rock Pigeon, the world's oldest domesticated bird. Mesopotamian cuneiform tablets and Egyptian hieroglyphics show that pigeons were kept more than 5,000 years ago. Research suggests that domestication of pigeons was as early as ten thousand years ago.

Far from being a lowly meat, pigeon has been associated with la crÃ©me de la crÃ©me. In some cultures, particularly Medieval Europe,owning a dovecote was a symbol of status and power jealously guarded and regulated by law. Only nobles had this special privilege, known as droit de colombier, and many ancient manors in France and the United Kingdom have a dovecote. In Limousin, many ordinary farm houses still have their pigeonniers along with their rabbitries. Many painting show dovecotes, like the one by Pieter Breughel, illustrated.

The oldest dovecotes are thought to have been the fortified dovecotes of Upper Egypt, and the domed dovecotes of Iran. In these hot, dry regions, it was not only the meat and eggs that were used, but the droppings were in great demand as fertilisers.

Dovecotes appeared in Europe along with the Romans. The presence of dovecotes is not noted in France before the Roman invasion of Gaul by Caesar. Columbaria, or pigeon farms were then a passion in Rome: the Roman, generally round, columbarium had its interior covered with a white coating of marble powder.

The French word for dovecote is pigeonnier or colombier. In some French provinces, especially Normandy, France, the dovecotes were built of wood or stone and could be circular, square and occasionally octagonal in form. Some of the medieval French abbeys had very large stone dovecotes on their grounds.

In Brittany the dovecote was sometimes built directly into the upper walls of the farmhouse or manor-house, and, in rare cases, it was built into the upper gallery of the lookout tower, called tour-fuie.

You will find that people all over the world have kept pigeons and built dwellings for the of one sort or another and pigeon-keeping as a hobby still thrives today.

What's the difference between a pigeon and a dove?

There's no true scientific difference between pigeons and doves, they both belong to the family Columbidae. While the smaller pigeons often get called 'doves', this is fairly inconsistent and the real difference is the way we think of them. 'Doves' would never be called vermin, and the Pigeon of Peace doesn't sound quite right. So, doves are things to do with love, and pigeons are to be eradicated from our cities.

Image: Dove of Peace, presented by His Holiness Pope John Paul II, on the occasion of his visit to the United Nations, 2 October 1979. The mosaic is a copy of one that was executed in the Constantinian Basilica during the pontificate of Pope Innocent III (1198-1216). The enamels were made in 1727, the frame, made in 1796, is of gilt bronze. Courtesy of Gryffindor, Wikimedia Commons 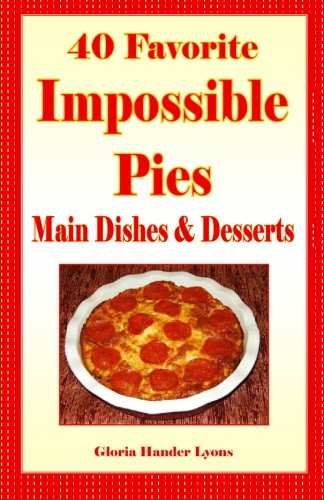 Will you have a go at pigeon pie?

Where in the world are we? 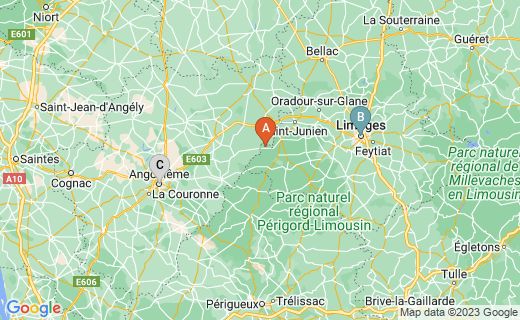