One of the most impressive ...yummy deserts ever!

I would have a party just to have an excuse to make this desert! Cherries jubilee is one of the most impressive deserts you can come up with! And oh my gosh is it good!

Cherries Jubilee is great for a progressive dinner, the capstone for an intimate dinner for two, or really any family gathering!Lets talk about the recipe, how to flame the cherries, and a few things you will need to pull this off with class!

How much do you love Cherries Jubilee? - Come on... be honest here... take the poll and let us know!

How much do you love Cherries Jubilee?

A bit of common sense here.

Sure you have planned this out for days... gone shopping... made the perfect mixture...and even spiced it up with a bit of extra cherry brandy....Now don't burn the house down! Have a plan ... just in case.Keep a fire extinguisher handy. Be careful as you stir the mixture that you don't over do it and spill it flaming all over your table!Remember the flames can get a bit high as you flamb ... so pay attention to what is overhead.After the initial flame, the blue flame simmers the cherries. Gently stir the mixture exposing more alcohol to the flame, taking care that you don't actually burn the cherries.The goal is to have the small, blue flame burn for as long as possible, thereby reducing the raw alcohol flavor, caramelizing the sugars, and entertaining your guests!

Why not have something to talk about as you flamb

You are making a wonderful show ... why not embellish the proceedings with a bit of history.Tell your guests about how this great desert came to be!According to the primary Royal chef, Charles Elme Francatelli, Queen Victoria was very fond of cherries. As a result, cherries were usually served in several unique combinations on the royal table. Famous French chef, August Escoffier who worked at the London's Savoy Hotel in the late-19th century, created the dish to honor the Diamond Jubilee of Queen Victoria in 1897. The original recipe involved sweet cherries that were poached in light sugar syrup and was printed in his cookbook Le Guide Culinaire, 1903, under the name "Cerises Jubilee." Warmed brandy was added and the dish was flambed before serving. However, to suit the taste of the visiting dignitaries, August Escoffier added ice cream to the syrup and served it as vanilla ice cream accompagnie de Cerises Jubile. By the early 1930s, the dish became very popular in England and it was a popular dinner party dish at the time. Most famous restaurants at the time, created elaborate chafing dishes to preserve the cherries and flambed the dish ‘tableside’ as a grand presentation at the end of the meal.

Here is what you need to do the dish up right! - You have a classy desert planned... now let's plan a little class 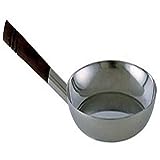 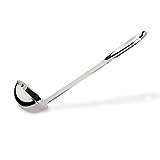 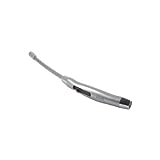 A few more things to set off the evening! 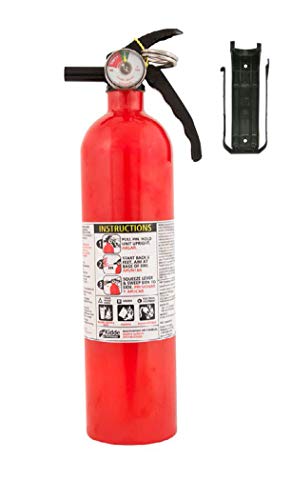 A good video illustrates the process.

This is a good video of how to make this great desert. The recipe is a bit different... but it will give you the general idea.