True/False Quiz About the Japanese Cuisine

How much do you know about Japanese cuisine?

Here is a quiz article about the Japanese cuisine. The aim is not to test your knowledge but to make you discover more aspects of this cuisine and to fight stereotypes and common misconceptions around it.

A bit more about how this article is structured: I have chosen a series of topics about the Japanese cuisine. For each, I start with a question. Answer with True or False based on what you think is correct and have a look at the answer below the question. Even if you answered correctly, you may still learn from the answer as I wrote every answer in details.

No, it doesn't, this is just a common misconception. Sushi does NOT mean "raw fish" and does NOT necessarily includes raw fish.

Sushi is the common name for dishes based on the combination of rice and vinegar. Sushi can include different ingredients, typically - but not necessarily - raw fish.

Why this confusion sushi/raw fish?

Raw fish is the most common ingredient for sushi, so it is natural to associate both. Also, restaurants serving sushi also serve sashimi (raw fish without the "vinegared rice"). This only adds to the confusion.

No, it isn't. First, as said earlier, it is important to distinguish between raw fish (sashimi, like on the image) and sushi (vinegar+rice like on the previous image). Some Japanese people can eat sashimi every day (especially older people), while few Japanese people eat sushi more than once a month.

Also, the Japanese cuisine is very varied, so there is much more to eat than just sushi.

Want to make your own sushi?

Sushi Chef Sushi Making Kit
This is all you need to make sushi home, except for the raw fish or non-fish toppings (omelette, cucumber, ...). Explanation, rice, seaweed, etc... are included.
Buy Now

Yes, they do! Of course, it depends a bit on what you call "a lot" and what you compare it to (European people, Japanese people in the past, Chinese people, ...) but generally speaking, Japanese people eat a lot of rice. They can have rice for breakfast, lunch and dinner. It can be nature, fried, in rice balls, in porridge, or even made into a dessert (mochi)!

Mochi is a dessert based on rice. The rice used for it is a bit special and only used to make those mochis. The most impressive part of making mochi is the pounding of the rice. One person (sometimes several) pounds the rice with a heavy stick in a form of a big hammer and one person (who probably likes to live dangerously) "massages" the rice between the strokes with wet hands in order to get a heavenly pounded substance. Here is a video.

Yes, they do too. Japanese people eat many types of noodles. The 3 most common ones being ramen (very popular among manga fans but actually coming from China), soba (made from buckwheat flour) and udon, thicker and made of wheat flour. Other noodles include soumen (thiner and particularly popular in summer when they are served cold) and champon a soup with a particular type of ramen.

A beautiful video showing how to make udon. Restaurants serving home made udon are quite popular in Japan.

Meat dishes include the famous chicken skewers "yakitori", pork-based elements (ham, bacon, fried pork, ...) and even beef steak (the meat coming from Kobe being particularly renowned). Just a small note about chicken skewers though: in Japan, good restaurants do not serve both sushi and chicken skewers. This is something that became common outside Japan (I would even say outside Asia). In Japan, restaurants are more specialized and you would have to choose between going to a sushi restaurant or a yakitori one.

Japanese cuisine also includes more complex meat dishes like shabu-shabu where boiling "water" (actually dashi, a kind of lightly flavoured soup) is disposed in the middle and guests cook slices of thinly sliced beef (or other meat) by dipping them into this water (shabu shabu is supposed to represent the sound of this action). A similar dish and my favorite one is Sukiyaki. Quoting wikipedia: "It consists of meat (usually thinly sliced beef) which is slowly cooked or simmered at the table, alongside vegetables and other ingredients, in a shallow iron pot in a mixture of soy sauce, sugar, and mirin. Before being eaten, the ingredients are usually dipped in a small bowl of raw, beaten eggs."

(picture from user Ala z at wikipedia.org)

True. This is true about Japanese culture in general, but Japanese cuisine is no exception. The tea ceremony is a good example of a ceremony full of rules. How you should hold the cup, how you should drink tea, ... and making the tea is even more complex.

Even the way trays are presented to you are important. For example, the bowl of rice should be on the left towards you.

I did not include a quiz about it as there is no correct/incorrect answers. Generally speaking, Japanese people eat less spicy food than, say, Korean people. However, many Japanese people enjoy spicy food. One example is the Japanese curry. Quite unknown outside Japan, it is however very popular in Japan (and in Asia). There are even fast food restaurants devoted to it ("Go Go Curry", "Curry House CoCo"...). The Japanese curry is very different from Indian curry and Chinese curry.

(image by H. Kikugawa, reproduced here with his authorization)

A blog with many nice recipes: No Recipes Make Good Food Better 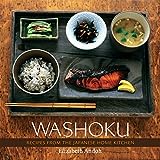 There are many more things to say about Japanese cuisine (tempura, tofu, ankou, ...) and a simple article could not include everything but I still hope you have learn something from this article. If you have any comments or questions, don't hesitate, this section is yours.