Nothing causes people's eyes to roll and jaws to drop like when I tell them that, as a vegan, I do not eat honey.

Omnivores readily comprehend, even if they don't share my views, why I do not consume meat. Most can understand, though perhaps not fully appreciate, why I do not eat eggs or dairy products. But when it comes to honey, a lot of people just think I'm taking an extreme stance for some bizarre, illogical reason.

I suppose that wouldn't be so bad, except I suspect it makes the entire vegan community appear to be hippie-dippy-silly in their eyes. It's as if compassion for insects negates the entire vegan philosophy, though I'd argue that it only reinforces veganism's integrity.

I explain that vegans endeavor to live their lives without exploiting other animals for food or other products. Since bees are living creatures - and are capable of feeling pain - it would not be ethical for me to consume products made by bees and then stolen from them.

Although it is often dismissed as a non-issue, considerable environmental damage and animal cruelty results from modern bee-farming practices.

As with other commercial farming practices, honey production is about making money, not about treating bees with kindness. Queen bees are selectively bred and artificially inseminated. Some beekeepers clip the queen's wings in order to control her movement. The queen is typically "replaced," which is to say "killed," every year or two to maximize production, though a queen bee would typically live to be five years old in her natural environment.

Agave is generally touted as being the best alternative to honey. But maple syrup, barley syrup, or brown rice syrup can also make good substitutes.

Wellsley Farms Organic Blue Agave, 36 oz.
Agave nectar is the best alternative I've found! In addition to being sweet, it is low on the glycemic index, making it an excellent sweetener for people with diabetes.
Buy Now

In order to take the honey from the hive (along with other products the bees have produced: bee pollen, royal jelly, beeswax, and propolis), the bees need to be removed from the hive. This is done using various methods, including shaking the hive and using smoke, noxious fumes, or forced air to evict the bees from their home.

Even the most careful, conscientious beekeeper cannot help but crush or step on some of the bees while removing them from the hive.

There are some facilities that kill all their bees after harvesting their honey in the fall so as to avoid caring for them during the winter. The bees are killed by either allowing them to starve to death or by burning the hive.

(I have heard from a couple of local beekeepers that they would never do this, so I assume this practice is not an industry standard, at least for smaller-scale beekeepers. But it does happen with enough consistency to make it an issue of concern.)

Entire bee colonies are destroyed in order to control disease. Bees appear to be increasingly susceptible to various diseases due to the high level of inbreeding common in artificially created and maintained hives.

Another cause for depleted immune systems is poor nutrition. Pollen is the main source of food for bees, providing all the nutrients the bees need to remain healthy. During the winter months, when flower pollen is unavailable, bees consume the honey they produced earlier in the year. (Honey is made through a series of regurgitations of partially digested pollen; the resulting material is then dried off by the bees by vigorously fanning their wings nearby for a considerable amount of time.) Honey has sufficient sugars and trace nutrients to keep the hive alive and well until flowers bloom again in the springtime. This is what happens in a natural setting, anyway.

When honey is taken from the beehive, the bees are left without adequate honey to consume during the winter. In order to keep bees alive (if the colony is not killed), beekeepers feed the bees a syrup derived from sugar. This syrup has sufficient calories to sustain bees, but it does not contain any other nutrient value. This means that the bees are not as healthy as they would be if they ate their own honey, and they are more prone to disease. Because of their weakened immune systems, antibiotics are often mixed into the syrup fed to the bees.

Perhaps it is due to their compromised immune systems, inbreeding, and/or general lack of balance caused by modern farming practices that a dramatic number of bees have been dying recently. Colony Collapse Disorder (CCD) is the term given to this alarming drop in bee populations, the exact cause of which is still unknown. It is estimated that one-third of bee colonies in the United States have disappeared in the last few years.

Colony Collapse Disorder may have tremendous repercussions. The declining bee population means there are fewer animals to pollinate not only garden flowers, but many crops as well, including onions, broccoli, cucumbers, strawberries, and blueberries.

Alternatives to Honey, Wax, and Other Products Made by Bees

Perhaps the most ridiculous part of the cruelty associated with honey production is the fact that honey is just a sweetener! It is not necessary for human consumption in any way, shape, or form, as its only nutritional value to us is calorie content. (The trace nutrients may be enough for bees, but they are insufficient to be counted for human nutritional benefit.)

Agave nectar is an easy and delicious substitute for honey, having a very similar taste and consistency. (Some varieties of agave nectar are said to taste just like honey!) Agave nectar does not cause a spike in the body's level of glucose, making it a particularly healthy alternative for people with diabetes. Maple syrup is also an excellent substitute for honey in various recipes. Other alternatives include rice syrup, barley syrup, and molasses.

All other products that are made by bees can also be made from vegan sources. You can buy vegan candles, lip balm, dental floss, and other products. 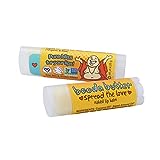