3ds vs 3ds XL which is the better handheld

So what do both come with?

Well in America they both come with the console, a charger (yeah Europeans you got screwed charger is a separate purchase for the XL), and a pack of RD cards. The original also comes with a charging cradle (more on why it’s a good thing the XL doesn’t have this later) to charge without having to plug the thing in. They both use the same OS, have the same 3d camera feature, and use the same SD card.

Yeah with almost double the size the XL wins this fight but before we declare it a no contest I should tell you that with an increase of size comes a drop in resolution. So does this hurt the 3ds XL, not has much has it did the DSI XL surprisingly. While there are some moments where things get pixelated especially if you look at them up close these are few and far between. The best part is using the 3ds XL is that sweet spot for the 3d has been increased and you get a better 3d effect.

Also better on the XL is that it can also help with the DS games resolution. While both are Backwards Compatible with 99% of the DS catalog (some games like Guitar Hero which used the DS GBA slot don’t work) DS game do look a little off color. You can fix this by changing the size of the screen (press start while loading up original DS games), doing it on the original 3ds meant playing the game on a screen the size of a postage stamp. 3ds XL plays the games on a screen that’s about the same size has the original DS.

Despite a little more pixilation the XL does have the better screen.

The XL is a lot larger

Portability, which one is easier to take with you

The original 3ds is the size of a DS lite and smaller DS models. The XL is huge and about the size of a DSI XL it’s hard to fit in the pocket, and when it does it takes up most of the space. Yeah the winner is the original.

So which one is actually more comfortable while playing, this one is going to depend on the size of your hands and how much heft. But I prefer the bigger 3ds XL it is quite a bit heavier but I can get my thumbs and hands around it just a little bit easier than the smaller original 3ds. Of course people with smaller hands might disagree with me.

Also on a plus is the XL has rounded tips and it doesn’t jab into your hands, this is especially important if you plan on playing Kid Icarus Uprising on its default controls.

Remember when I said that the 3ds XL not coming with a charging cradle was actually a good thing. The original model 3ds gets only a little over 2 hours of gameplay while playing a 3ds game (it’s last a little longer playing an old DS game) so the reason for the cradle was so gamers could quickly charge there 3ds because Nintendo knew it would be dying. The 3ds XL last a good 1 and a half to 2 hours more than the 3ds depending on the game and the amount of 3d being used. It was this longer battery life that made me pick up the 3ds XL more than the bigger screens.

The original one has a fancy looking shiny stylus that actually can be adjusted for size; it also looks very durable too. The XL is your standard one color plastic stylus that has come with standard DS from the past; there is nothing special about it.

What’s the point of having a fancy stylus if you have to stop your game and check out the back side to either get it out or put it in. it’s got to be easy to grab. The stylus placement on the original 3ds is about the same place on the original DS, which means right by the card reader, meaning you’re going to having to pause your game and search for it. Compare that to the XL where the stylus is located right on the back and on the side. You can feel, grab, and replace without having to turn your console too much around.

While the original 3ds has a better stylus, actually getting to the stylus is way easier on the XL

Getting a bigger SD card is not that expensive 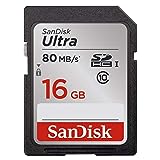 How many games can you download and save on the suckers. Well the 3ds comes with 2 gigs, and the 3ds XL comes with 4 gigs. Yeah it’s another slam down for the XL. However let me be clear this is actually a non-issue. Why… because both models use the standard SD cards that you can find out at Wal-mart. 15 bucks will probably get you a 16 gig card so increasing the memory on either console is dirt cheap.

And if you’re wondering about having to do a transfer process and other things involving Nintendo’s DRM, don’t be. Your games are locked onto your 3ds not your SD card. You can copy a backup of your game a million times on a million SD cards, just don’t expect those backups to work on another 3ds without doing a transfer process first.

What about the 2ds

Ahh wonder why I haven’t mention the 2ds, well it’s because I don’t own one and I don’t plan on ever owning one. I own a 3ds XL that I am very happy with why would I go out and buy a 2ds. But before I say it I don’t think it’s a bad console I have seen one and can tell you what they look like and what they do.

The 2ds is a 3ds that doesn’t fold and doesn’t have the fancy 3ds screen. It also looks a lot like a kids electronic toys. It plays the entire 3ds software library though. And if you wondering if there is then any difference in the graphics department between the original DS and the 3ds models without the 3d effect I will say yes. The 3ds has better graphics then even the Nintendo Wii and can even run Street Fighter 4 on it’s hardware (even if there are a few things taken out of the background), while the original DS was pretty much a portable N64 when it came too it’s graphics.

So who do I think the 2ds should be for well.

Are you planning on buying it for a little kid.

Are you planning on getting a 3ds for just a game or two and the rest of the time it’s going to double has a paper weight.

The 3d effect of the screen doesn’t interest you.

Paying 200 dollars for a portable game console seems insane to you.

If you answer yes to one of these questions you might look at the 2ds.

You don’t mind the fact that the console does not fold up. 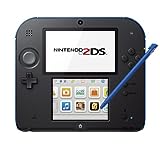 Either go big with the 3ds XL

What are my recommendations

Yeah the 3ds beats the XL in portability and it has a better stylus. And yeah that’s about it the XL has better screens, better stylus placements, is more comfortable to hold, and even a bigger battery. Has an added bonus it comes with a bigger SD card not that makes much of a difference if you’re going hard core into downloading your games you’re going to need to get a bigger SD card and there ubber cheap to begin with.

The 2ds seems to me to be a good budget model for kids and truly casual gamers but if you’re planning on going all out and buying a bunch of 3ds games go big with the XL and don’t choose the original.

What model 3ds do you own.

What model 3ds do you own.