5 Unique New Worlds to Add to your Sci-Fi Campaign

Named for the madman/religious prophet that founded the tightly-knit rim colony of “Bohan” along the only narrow and airless strip of barely habitable land available on the surface, Elos Thu’Ban is a tidelocked world (one side bakes, the other side freezes). The few colonists who follow Thu’Ban and who have chosen to settle in the nearly inhospitable moderate belt between the more extreme sides, make up the body of a very secretive and reclusive religious sect that keeps to itself and maintains an almost aggressive stance against letting visitors anywhere near the planetoid. A cloud of relatively stable rock and a few errant chunks of cometary ice that have been snared by the pull of the little planetoid keep an additional sense of mystery and privacy that tends to scare off most of the colony’s would-be visitors before they even get within visual range. It’s not the kind of rock you’d find on any map, and those who dare to enter the rock field on an approach vector to Elos Thu’Ban are sternly urged at range to turn away before the colony’s array of interorbital cannons comes online.

The rim colony of Bohan is enormous– at close to 12,000 KM in length, it rings the entire planetoid as a single contiguous city uniformly 2.8 kilometers in width. Great walls of blasted metaceramics hundreds of feet in height contain the sprawl on either side for the entire length, and more than half of the visible towers and spires that peek over the edge are studded with vicious turret-mounted cannons. Power is partly solar, partly void mechanics, but mostly geothermal, as the core of the rock is still active, if only barely so. On the whole, the followers of Thu’Ban have worked hard to make their operation entirely self sufficient, so supply transports visiting in-system are few and almost exclusively staffed by cult members.      Little is known about the populace due to their isolation, but estimates place the population of Bohan at just over 200,000. In the rare circumstances when they export materials, they trade primarily in gold, opal, and other precious metals and stones, and almost always send a ship out of the field to make the exchange instead of letting any outsiders in.

50,000 years ago, it was a lush paradise, and the reptilian denizens of Kryannion still sing of the steamy jungles that spawned them in their hearty drinking songs. Great cities of stone and steel dot the now wasted landscape, each a sad, burnt out reminder of a more enlightened, more profitable time. As a planet, Kryannion is approximately earth sized, a dusky brown in color, composed mostly of deserts with a thin atmosphere and very little water on the surface.

The locals are nomadic and tribal, with scales the color of the desert they live in and a handful of habits and traditions that harken back to days when science and technology were a more important part of life. Few are hostile, and most conflict is resolved through peaceful methods (like counting coup or other forms of ritual warfare) but the nomads of Kryannion have little to offer traders beyond their hospitality.

For comparative exopologists, Kryannion is considered an academic hotspot– many of the ruined cities that dot its surface suggest the planet’s previous and reigning civilization was highly advanced, possibly even interstellar, with no clear reason to explain its collapse back to a much more primal state. Several expological institutes have substantial standing rewards for the individual or team that can discover (and prove) the exact reason why the ancient Kryannions gave up their technology-rich lives and simply walked away.

Dornentanz has been classified as a supermassive red-orange gas giant approximately 1,258, 675 ~ 400 km (8.7 Jupiters) in size with a composition that includes high concentrations of ammonium hydrosulfide, helium 12 and several forms of metallic hydrogen spotted with pockets of liquid nitrogen. As a planet, it dominates its system, pulling at its parent star in a constant tug-of-war that leaves both Dornentanz and its sun on broken, unstable, and wobbly orbits. Its gravity pull is astounding, and in addition to its 67 smaller moonlets and other forms of unclassified debris, it has snared two radiation-baked earth-sized planets as well, pulling them along behind it as it slowly fights a wobbly battle with its star.

A subsidiary of a major megacorporation has set up a loose network of mining colonies in the atmosphere of Dornentanz to skim the clouds for rarer and more valuable gases. These gases are refined and then packaged for export as the planet’s primary economic product, with some of that refined product available for purchase as fuel to ships visiting or passing through the system. Other amenities include temporary lodging, a basic “greasy spoon” restaurant, and a mostly empty trading yard manned by a single, ailing old man who is willing to cut a deal more often than not.

Called the “Jewel of the Stars” by locals living in-system, this modestly sized gas giant is renowned for marbled, iridescent clouds that shimmer with coldly beautiful colors. Its placement, composition and surface temperature are ideal to the formation of an atmosphere of silicate-rich ice crystals, silver compounds, and several forms of sodium that combine to create a shining, blue-white and mirror-like surface that refracts the brilliant colors cast off from its bright, rainbow-hued rings. The composition of these rings (primarily a form of low plasma point magnesium) makes them shine in a thousand incredible shades of purple, blue, pink and teal, changing and shimmering in the gentle electromagnetic currents of the solar wind.

Due to its renowned beauty, Cyteine is a major tourist attraction for the elite. It is the home of a handful of orbital observation points, including twelve luxury hotels and a single small research outpost operated by a minimal crew of quiet, elderly scientists. Security is enforced by twenty four hour patrols, a watchdog-accurate sensor network, and a fleet of vicious cloud corvettes that are in constant communication. The planet itself is considered a national treasure, and is protected by the interstellar preservation act, making it a very hard place to get into with anything less than the newest and cleanest of sports vessels. 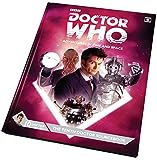 Tidelocked and skewed in its orbit by its proximity to a supermassive gas giant, Dunkelheit rips around its star system at an incredible speed, making a complete orbit of its sun once every five days. Far enough out not to be magmatic or hard-baked on its sunward side, Dunkleheit’s bright side is nevertheless still home to viciously hot, sandy deserts where the temperature never drops below 210 degrees Fahrenheit. Its dark side, on the other hand, is bitterly cold, and covered from pole to pole in a jungle-like mat of geothermically-warmed fungal tundra. The fungal jungle is speculated to be a single, contiguous colony mycelium (similar in many ways to the earth-native animal known as coral) that has multiplied astronomically over the past 150 million years to become a freezing, labyrinthine jungle whose heights reach as much as two hundred meters from the broken and rocky surface of the planet.

Jammed between its supermassive neighbor and the border of a particularly thick cloud of rock and other stellar debris, Dunkelheit is a world constantly being pelted by material on its way into the core of the system. It is this fact that makes it completely unsuitable for any form of colony, temporary or otherwise, and the ruins of a previous attempt (a simple research outpost) stand among the resilient fungus as a testament to this unfortunate reality.

From the back cover:
Ever needed a world, and fast? Universal Roleplaying Resource: Planets has got you covered. With over 100 unique worlds certain to be a hit with players and game masters/referees alike, this book is the only resource you’ll ever need when it comes to populating the universe of any game setting! Each sheet is easy to remove and isolate for referee use (or for use as player handouts) with plenty of room for your own notes and details! What is a URR book? While most source books and game manuals are designed to augment only a single game system, Thunderune URR (Universal Roleplaying Resource) books are designed to work with the system you want to use, whether it be a widely supported commercial system or your own indie homebrew!