Age of Conan : Hyborian Adventures has been awarded with numerous prizes even before release of the game. The Hyborian ages is a perfect world for MMORPG, a universe ruled by the strength of the sword and wisdom of the wizards. Conan is the anti-hero barbarian struggling his way in this world as a pirate, thief, warrior and a king. Before running into the details of the most anticipated MMORPG game of the year it's the best to have some background of the universe for those who are unfamiliar with the Hyborian ages.

Know, o prince, that between the years when the oceans drank Atlantis and the gleaming cities, and in the years of the rise of the sons of Aryas, there was an age undreamed of, when shining kingdoms lay spread across the world like blue mantles beneath the stars - Nemedia, Ophir, Brythunia, Hyperborea, Zamora with its dark-haired women and towers of spider-haunted mystery, Zingara with its chivalry, koth that bordered on the pastoral lands of Shem, Stygia with its shadow-guarded tombs, Hyrkania whose riders wore steel and silk and gold. but the proudest kingdom was Aquilonia, reigning supreme in the dreaming west. hither came Conan, the Cimmerian, black-haired, sullen-eyed, sword in hand, a thief, a slayer, with gigantic melancholies and gigantic mirth, to tread the jeweled thrones of the earth under his sandaled feet"

excerpt from "The Nemedian Chronicles"

Hyborian ages is created as scene for his Sword&Magic tales by Robert E. Howard. The world is full of thieves, warriors, magicians and monsters so it's not so different from the Warcraft or other RPG worlds you already know.

The Hyborian World consists of: civilized kingdoms of Aquilonia and Nemedia in the center, land of thieves and outlaws; Corinthia and Zamaro near them, up in the North land of warriors Cimmeria (land of Conan himself), Vanaheim and Aesgaard, near them Hyberborea as a mystic civilization, wild Picts at the west and wilder Shems and Stygia; home of dark magic at the South.

Conan himself was raised in the North Cimmeria, where boys are raised as warriors and he became a man fighting in wars with Vanaheims. He left his land in the pursuit of adventure and glory and he has took each step getting himself closer to his destiny as King. Conan the Cimmerian was the strongest man in this world and as he always says he isn't afraid of anything his sword can cut.

Religion is an important notion in the Hyborian Ages. The world is a polytheist world and each person chooses his own God to worship. There is Mitra God of healing and care, Set evil God of Stygia and most known of them is God of Conan: "Crom". Crom doesn't value worshipping, begging or prayers. A quote from Conan himself will explain Crom better:

"Crom, I have never prayed to you before. I have no tongue for it. No one, not even you, will remember if we were good men or bad. Why we fought, or why we died. All that matters is that today, two stood against many. That's what's important! Valor pleases you Crom, so grant me this one request. Grant me revenge! And if you do not listen, then to hell with you! " 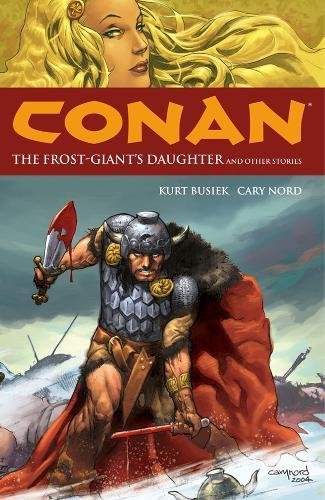 Conan has changed so much from the times he was created by Robert E. Howard. Conan gained his popularity at the Golden Age of comics. Marvel released comics of Conan the Barbarian in the 70's and Conan reached a huge audience. In 1982 Conan the Barbarian was filmed and the movie brought success for Arnold Schwarzenegger as an actor. (What an irony that now he's in politics)

New Conan comics have been released again by Dark Horse Comics in 2003 and still being published. The new comic series presents Conan in a new style and the new style has been widely discussed among the fans. The new drawings and stories are accepted now and considering that the Age of Conan: Hyborian Ages is inspired by those new comic series it would be useful to read the comics while waiting for the game. (I advise you to read "The Tower of the Elephant" especially if you want to start reading Conan Comics. You can find that story in the 3rd volume of the new released Dark Horse comics at Amazon)

Dark Horse Comics has also released the original Marvel comics with color, so that you can see the first ever comics created by Roy Thomas, Barry Smith and John Buscema.(The comics that were published at 70's) You can find the original comics "The Chronicles of Conan" and "The Savage Sword of Conan" at Amazon.

"The Hyborian Age is like a dark, decadent, twisted and corrupt version of Euro-Asian history. Mix a bit of the Roman Empire, Mongolian culture and Babylonian mysticism with '30s-era myths of undiscovered Africa..."

The highly anticipated MMORPG of the year Age of Conan : Hyborian Ages is open for beta signs now and expected to come out March 2008(after so many years).

Unlike other MMORPG games Age of Conan : Hyborian Adventures starts with a single player part. You get used to your character and gain experience until level 5 so the game is preventing first time players having to find their way between experienced players.

The most fascinating aspect of the game is the new "Real Combat" war engine provided with the "DreamWorld" game engine. Unlike other MMORPG's you get in to the fights which your game playing skills are important together with your characters skills. If you want to use a bow you must aim your target well or your archery skills won't do any good. Also if you are a magician you have to direct your spells to your enemies. The revolutionary game engine is the real difference of Age of Conan : Hyborian Adventures from other MMORPG's.

Another Age of Conan feature is the developing environment. Players will have the ability to build up towns & cities together and the world will change as those cities evolve. The idea of gathering a bandit community and building a town near the big cities is exciting.

In Hyborian Adventures there is punishment for crime. For every crime you commit in the city borders, bounty hunters will come after you.

I've already explained that the game will be based on the new published Dark Horse Comics version of Conan. We can expect to see the known faces from the comic book. If you are lucky you can even see Conan as the King of Aquilonia and maybe receive a quest from the King himself.